We’ve been trying to reverse engineer aging for millennia. Most products are topical; almost all are questionable. But here’s one anti-aging program that is provably effective: don’t smoke.

A recent study, published in the journal Scientific Reports on January 15, passes along common wisdom in a new way. An artificial intelligence manufacturer, Insilico Medicine, has designed a novel test for gauging the effects of cigarettes on human biology.

How Does Smoking Affect Your Face?

How Does Smoking Affect Your Face?

Thus far doctor screenings have been pretty ineffective in gauging the aging effects of smoking. For example, here is the complete transcript from my physical last week:

I share this because it is the total amount of time we spent discussing anything related to smoking. I imagine tobacco smokers receive a bit more instruction. Yet self-reporting also represents the current model for understanding the effects of cigarettes thus far during a routine physical. Smokers know it’s a problem, but how much and what damage is being done is predominantly hidden.

At the outset of the study, the team, including researchers with affiliations in the United States, Denmark, Russia, Canada, and the U.K., made their prediction. To conduct their research they were given access to the dataset of anonymized blood chemistry and cell count results of residents in Alberta, Canada — a total of 149,000 individual records. 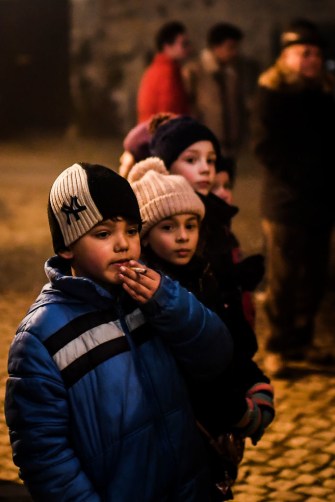 The researchers note that worldwide, populations are aging. With more seniors in the world, there will inevitably be more health problems. Cigarette smoke is one of the most environmentally toxic factors, resulting in death, morbidity, cardiovascular disease, certain types of cancer, and premature aging. Insilico senior researcher, Polina Mamoshina, discusses the results:

Smoking is a real problem that destroys people’s health, causes premature deaths, and is often the cause of many serious diseases. We applied artificial intelligence to prove that smoking significantly increases your biological age.

Which it does. For example, smokers under 40 years of age have “significantly higher” biological ages compared to their chronological age. Interestingly, this effect disappears in smokers over the age of 80. The researchers believe this might be because a large percentage of smokers have died before reaching this age.

So the next time you reach for the caviar cream to go along with a hit of deer antler extract, put down the cigarettes instead. Along with good sleep and proper hydration, there is really no better way to age gracefully.

The development of the revolutionary gene-engineering tool CRISPR is a tale fit for the big screen.
Up Next
High Culture

Your gateway to enjoying literature.