If you’re confused about the legality of marijuana, you’re not alone. While states have been in perpetual battle with the federal government since California legalized the medical usage of cannabis in 1996, things have been especially heated lately with more studies proving the clinical efficacy of the cannbidiols (CBD) contained in the marijuana plant.

It doesn’t help that every coffee shop and health food store is taking advantage of this trend by selling eight-dollar bottles of cold brew coffee with CBD. Mass marketization was inevitable, certainly, but the pace with which CBD hit the shelves is astounding. The fact that it’s being touted to cure every possible ailment imaginable does not help us figure out what CBS is actually useful for.

The cannabis plant has approximately 113 cannabinoids, of which CBD is one—it was first isolated in 1940. CBD interacts with our body’s exogenous cannabinoid receptors and neurotransmitters. Since our body comes equipped with its own endocannabinoid system, responsible for pain, mood, memory, and, yes, appetite, we likely have a very long history with this plant. The munchies are real.

Among the many proposed therapeutic uses for CBD is treating two rare forms of childhood epilepsy. Clinical studies in this domain have been so successful that, for the first time ever, the DEA has stepped in to allow prescriptions of Epidiolex. CBD will not get you high—that’s THC—but for the first time since marijuana was officially outlawed in 1970 the federal government is green lighting one its compounds. 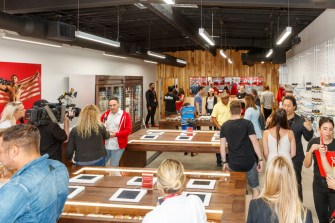 Since the Nixon era, cannabis consumers have had to rely on anecdotal evidence. (As a cancer survivor, I’ll chime in that edibles were way more effective at quelling post-chemo stomach pains and returning my appetite, one of the many claimed applications.) Recent research shows a wide range of therapeutic applications, including helping opioid addicts manage pain, helping everyone deal with chronic pain, deal with stress (at low doses), ease pain associated with multiple sclerosis, and may even, somewhat counterintuitively, help combat the obesity epidemic.

As with all such studies, more research is needed. Advocates should welcome this. If it turns out that compounds in the cannabis plant do not really help opioid addicts manage pain, we shouldn’t use it as a calling card for legalization (although this one is holding up). Now that at least one medication is FDA-approved, however, the DEA should immediately remove marijuana from its Schedule 1 listing. Those two facts cannot co-exist without obvious contradiction.

The mainstreaming of clinical research is also necessary to reduce cost. Right now, Epidiolex will run you $32,500 annually. Parents of children suffering from seizures don’t deserve that kind of pain on top of what they already have to deal with, especially not in a medication with as common an ingredient as CBD.

And we might see that day soon. Barbara Carreno, the DEA’s PR officer, recently said a “sea change” is possible within the entire CBD industry. As the cash rolls in, this is likely to be the case: CBD is expected to be worth $2 billion annually by 2022. It might not get you high, but most importantly, it will be available when you actually need it.

Mycobacterium leprae, the bacteria that cause leprosy, have the surprising ability to grow and reverse aging in armadillo livers.
Up Next
Health

Is one tech-free day a week possible?

We need a break, but the possibility of getting one seems unlikely.