Science can tell us quite a bit about how the brain converts light and soundwaves to our sense of sight and hearing. But our sense of smell is less understood.

Scientists know that smell is based on the chemical makeup of things we encounter in the world. The nose communicates information about odor molecules to the brain’s olfactory bulb, which then sends signals to the piriform cortex. This brain region then processes that information to produce our perception of smell. What’s remained mysterious, however, is how the brain encodes and categorizes information about various types of scents.

A new study, published in Nature by researchers from Harvard Medical School, sheds light on the inner workings of the olfactory process.

“All of us share a common frame of reference with smells,” senior study author Sandeep Robert Datta, associate professor of neurobiology in the Blavatnik Institute at HMS, told Harvard Medical School News. “You and I both think lemon and lime smell similar and agree that they smell different from pizza, but until now, we didn’t know how the brain organizes that kind of information.”

The researchers wanted to better understand how the brain is able to discern between related but distinct scents, such as that of a lemon and lime.

“The fact that we all think a lemon and lime smell similar means that their chemical makeup must somehow evoke similar or related neural representations in our brains,” Datta said. 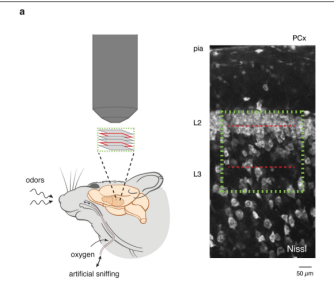 To investigate, the researchers created a database of thousands of odorous chemical structures, and they used machine learning to categorize them by features such as number of atoms, molecular weight and electrochemical properties. These odors were separated into three categories: high diversity, intermediate diversity and low diversity.

Then the researchers exposed different odors to mice, and used multiphoton microscopy to record neural activity in the piriform cortex and olfactory bulb. The results showed that when odors are chemically similar, so too is neural activity. In other words, the cortex emphasizes relationships between chemically similar odors, and it creates groupings for similar odors, which helps us distinguish between objects in the world.

The results also suggest that perception of smell is flexible. For example, the team repeatedly exposed mice to a combination of two chemically dissimilar odors. Over time, images showed that the neural patterns produced by the pair of odors become more strongly correlated.

“We presented two odors as if they’re from the same source and observed that the brain can rearrange itself to reflect passive olfactory experiences,” Datta said. “The plasticity of the cortex may help explain why smell is on one hand invariant between individuals, and yet customizable depending on our unique experiences.” 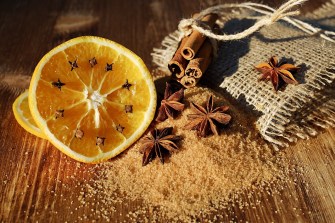 The study provides some of the first information on how the olfactory cortex maps different odors. And the results also suggest that, by better understanding the chemical structure of different odors and how that mapping process works, scientists may someday be able to better control our sense of smell.

“We don’t fully understand how chemistries translate to perception yet,” Datta said. “There’s no computer algorithm or machine that will take a chemical structure and tell us what that chemical will smell like. To actually build that machine and to be able to someday create a controllable, virtual olfactory world for a person, we need to understand how the brain encodes information about smells. We hope our findings are a step down that path.”

Tags
brainhuman bodysensessmell
In this article
brainhuman bodysensessmell
Related
Health
How saliva changes the flavor of food
“It’s a liquid, but it’s not just a liquid.”
Health
New blood types are often discovered following medical disasters
New blood types are regularly discovered by an unusual absence or an unusual presence — both of which can result in tragedy.
Neuropsych
How you breathe affects your brain
Your breathing rhythm influences a wide range of behaviors, cognition, and emotion.
Health
COVID, RSV and the flu: A case of viral interference?
Viruses, it turns out, can block one another and take turns to dominate.
Neuropsych
Shopping with your nose: How body odors influence your buying behavior
Sniffing out a deal.
Up Next
The Present
Study details the negative environmental impact of online shopping
Frequent shopping for single items adds to our carbon footprint.