As U.S. gun sales continue to surge amid the pandemic, how is the nation’s background-check system keeping up?

Not so well, suggests a recent report from Everytown for Gun Safety, a nonprofit gun-control advocacy group.

The report, which was based on FOIA-retrieved F.B.I data, stated that the “National Instant Criminal Background Check system (NICS) is falling behind due to surging gun sales during the pandemic,” and that there’s been “a 54% increase in the number of background checks that were delayed past three days in the March through July period, as compared with the same time last year.”

Why is the three-day mark important? Federal law currently requires people to pass a background check when buying a gun from a licensed dealer. Most background checks go through in minutes. But some take longer, and the F.B.I. has a total of three business days to pass or deny the check. However, if the bureau gives no answer after three days, the person can buy the gun legally. 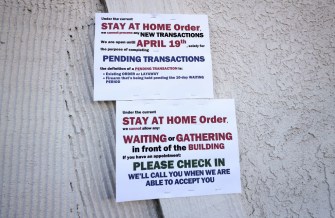 This is often called the “Charleston Loophole,” named after the infamous South Carolina shooting where 21-year-old Dylan Roof killed nine people with a gun he bought after the F.B.I. took longer than three days to clear his background check. The shooter, who had admitted to drug possession, would’ve failed the background check without the loophole. 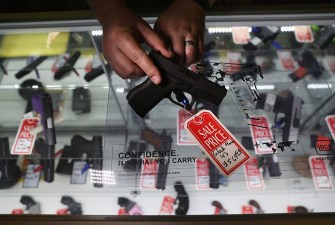 Is the U.S. already suffering consequences from surging gun sales? It’s hard to say. Crime, in general, has mostly fallen across the nation during the pandemic. Gun violence in many major American cities has spiked. A recent Wall Street Journal report found that, among the nation’s 50 largest cities, reported homicides were up 24 percent, on a year-over-year basis.

Some researchers have linked the uptick in violence to more guns in the hands of Americans. On the other hand, the increase could stem not only from more guns, but also from fewer gun arrests.

For example, an analysis recently published by The New York Times found that the increase in shootings in New York City is likely linked to the fact that police have been arresting far fewer people for firearms violations, potentially because they’re deterred or distracted by the protests and pandemic.

Still, the exact causal factors remain unclear, given the strange confluence of stressors present in 2020: pandemic anxiety, political turmoil, national protests over the killing of George Floyd. In any case, it seems safe to expect the national background-check system, as is, to become dangerously overwhelmed when the demand for guns skyrockets.

“Surges in gun buying, coupled with dangerous loopholes that put guns in the hands of those who shouldn’t have them, create a perfect storm to worsen our already dire public health crisis,” reads a recent Everytown report.

A new study finds that starlet sea anemones have the unique ability to grow more tentacles when they’ve got more to eat.