A new strain of coronavirus has killed more than 130 people and infected over 6,000 others as of January 29. So far, all deaths have occurred in mainland China, but the virus has spread to other countries, including the United States, Thailand, Germany, Canada, France, Singapore, South Korea, and Australia.

In dozens of nations, officials are taking precautionary measures to limit the spread of the virus, called 2019-nCoV, which is in the same family as the common cold and the SARS virus. It’s currently unclear how bad the outbreak will become.

To track the spread of the virus, the The Johns Hopkins Center for Systems Science and Engineering (CSSE) created an online dashboard map that provides up-to-date data on reported cases and deaths worldwide. You can check it out here. 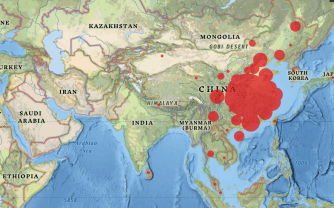 “We built this dashboard because we think it is important for the public to have an understanding of the outbreak situation as it unfolds with transparent data sources,” saidLauren Gardner, a civil engineering professor and CSSE’s co-director. “For the research community, this data will become more valuable as we continue to collect it over time.”

Gardener said it’s “critical” to provide researchers with this data, which is being compiled from the World Health Organization, the Centers for Disease Control and Prevention, the National Health Commission of the People’s Republic of China, and Dingxiangyuan, a social networking site for health-care professionals. The dashboard allows anyone to download a Google Sheet containing data on all reported cases, locations, and deaths.

​How bad will the outbreak be?

The answer depends largely on two factors: how deadly the virus is, and how easily it’s transmitted from person to person.

Currently, the new strain of coronavirus has killed 2 to 3 percent of those infected, but that fatality rate is likely to change as the strain mutates. For comparison, the fatality rate for SARS was about 14 to 15 percent in 2003. But the new coronavirus seems to be more contagious than SARS. One reason is that infected people can go about 10 days without symptoms, making it easier for the virus to spread because infected people aren’t aware they’re contagious.

It’s still the early stages of the outbreak, however, and the exact incubation period for 2019-nCoV remains unclear. Researchers are busy trying to determine how far, and how quickly, the virus might spread. That requires using a metric called the basic reproduction number, called “R naught” or R0.

This number represents how many people one infected individual is likely to get sick, and epidemiologists use it to estimate how contagious a virus is likely to be. So, for example, an R0 of 3 means each person with the virus infects about three other people. Higher R0s tend to mean worse outbreaks. 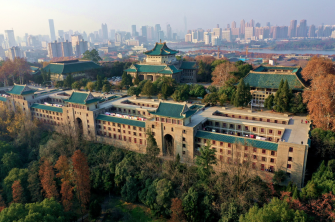 Wuhan, epicenter of the coronavirus outbreak

But it’s important to note that R0 is an average, meaning that some infected people might never spread the virus to a single person, while others might spread it to many. What’s more, R0 depends on how susceptible an individual or population is to a virus, the nature of the virus, and the measures a community takes after an outbreak. Some people might become infected but remain perfectly healthy. In short, R0 is a useful but rough measure of the potential transmissibility of a virus.

The R0 of the new strain of coronavirus remains unclear, but estimates range from 1.4 to 5.5, and most fall between 2 and 3. So far, the World Health Organization has voted not to declare the outbreak a global health emergency, mainly because it hasn’t significantly spread beyond China. But that could change if international cases keep popping up.

Some think it’s past time to label this outbreak as an international emergency.

“The fact that there are cases now in so many countries and that it is spreading fast is of international concern,” Peter Piot, director of the London School of Hygiene and Tropical Medicine, told the Financial Times. “I do not know what more they need.”

Tags
Chinacoronavirusdiseasehealthvirus
In this article
Chinacoronavirusdiseasehealthvirus
Related
The bizarre history of exercise explained in 8 minutes
Harvard professor Daniel Lieberman debunks the ‘10,000 steps per day’ myth.
▸
8 min
—
with
Daniel Lieberman
Health
America’s maternal death rate: “This is a national crisis”
Black women are 3x more likely to die giving birth. Here’s one plan to fix that.
▸
7 min
—
with
Michael Dowling
Harvard professor debunks the biggest exercise myths
Exercise culture is crazy. But what you need to do is exceedingly simple.
▸
with
Daniel Lieberman
Mind hack: Revive your focus with this 12-minute exercise
A neuroscientist explains how to master your focus.
▸
7 min
—
with
Amishi Jha
Videos
Are you developing Alzheimer’s?
Only 2% of Alzheimer’s is 100% genetic. The rest is up to your daily habits.
▸
9 min
—
with
Lisa Genova
Up Next
Neuropsych
Traffic air pollution may be linked to structural brain changes
Air pollution poses “a significant risk to brain development” according to researchers.