Magic squares have fascinated mathematicians for thousands of years, with the earliest known example dating back to 2,800 B.C.E., in China. The idea behind magic squares is simple, though the puzzles can get mind-numbingly complex.

First, take a square array — say, a 3×3 grid divided into 9 squares — and put a unique number in each square. But you must arrange the numbers such that the sums of the numbers in each row, column and diagonal add up to the same number.

Here’s an example of a partially completed magic square. Try to figure out which numbers you’d need to put in the blank spaces in order to complete it. 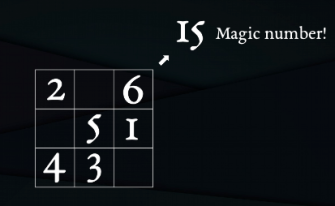 Given that you need each column, row and diagonal to add up to 15, you’d need to fill in the empty squares with a 9, 7 and 8. 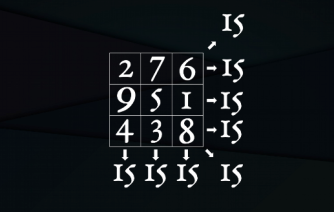 That may be easy enough. But magic squares become far more difficult when they use squared numbers, a concept first exemplified by the 18th-century mathematician Leonhard Euler.

Since, mathematicians have generated various configurations of 4×4 magic squares of squares, including 5×5, 6×6 and 7×7 versions. But nobody has yet proven that a 3×3 magic square of squares is possible — or impossible, for that matter.

To date, there have been at least two prizes offered to whoever can solve this longstanding puzzle. Martin Gardner, a science and mathematics writer who was perhaps best known for devising recreational mathematics games that appeared for 25 years in a column published by Scientific American, offered a prize of $100 in 1996 to whoever could crack the code first.

“So far no one has come forward with a “square of squares”—but no one has proved its impossibility either,” Gardner wrote in 1998 in Scientific American. “If it exists, its numbers would be huge, perhaps beyond the reach of today’s fastest supercomputers.” 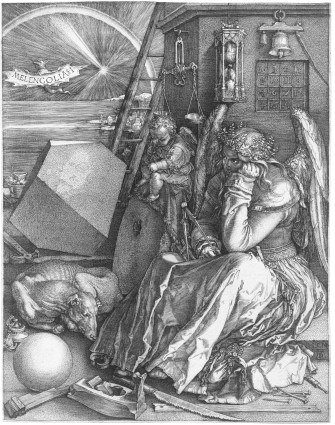 Melancholia I. (A 4×4 magic square is depicted in the top right of the painting.)Dürer‘s

In 2005, the mathematician Christian Boyer raised the stakes by offering €1,000 plus a bottle of champagne to anyone who could complete a 3×3 magic square of squares — using seven, eight or nine distinct squared integers. (Boyer also offered a prize for anyone who can show the puzzle is impossible, and he lists smaller prizes for other unsolved puzzles on his website.)

While both prizes remain unclaimed, some people have come close to solving the 3×3 magic square of squares, like this configuration listed on Christian Boyer’s website. 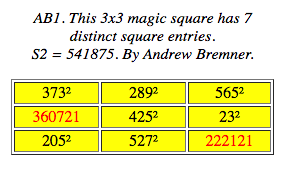 To those unfamiliar with high-level mathematics, it may come as a surprise that there’s no shortage of well-known unsolved math problems, from the inscribed square problem in Euclidean geometry, to the Bombieri–Lang conjecture in algebra. Solving some of the these puzzles could lead to useful applications in the real world. But cracking the magic square of squares problem? Not so much.

“Such a magic square would probably not have any practical use,” Gardner wrote in Scientific American. “Why then are mathematicians trying to find it? Because it might be there.”

Not to mention the champagne.

Find your wallet or keys — or a nuclear submarine.
Neuropsych

Carl Jung was one such person.
Life

A researcher explains a little-known niche within modern physics: animal collective behavior.
Starts With A Bang

Everything you need to know about the math of Powerball

With a record-setting $1.9 billion jackpot, you’d think it’s a no-brainer to buy a Powerball ticket. But the math truly shows otherwise.
Hard Science

The strange number 1/137 shows up everywhere in physics. What does it mean?

Does it have a deeper significance — or is it just a number?
Up Next
Hard Science

But most city dwellers weren’t seeing the science — they were seeing something out of Blade Runner.