The universe is constantly expanding: Galaxies are hurtling away from each other—and from our own—at ever-increasing speeds. But why? In 1998, scientists theorized that a repulsive force called dark energy is causing the universe to expand, though much remains unknown about this mysterious, invisible energy, which makes up 70 percent of our universe.

To better understand dark energy, an international team of scientists has spent years creating the largest map ever of the sky. The scale of the map is enormous, covering half of the visible sky and comprising more than 1 billion galaxies, depicted through some 10 trillion pixels. That’s equivalent to 833,000 high-resolution smartphone photos.

“For millennia humans have used maps to understand and navigate our world and put ourselves in context: we rely on maps to show us where we are, where we came from, and where we’re going. Astronomical maps continue this tradition on a vast scale,” the National Science Foundation’s NOIRLab, which is involved in the project, wrote in a blog post.

“They locate us within the cosmos and tell the story of the history and fate of the Universe: it will expand forever, the expansion currently accelerating because of an unknown quantity called dark energy. Astronomical maps may help explain what this dark energy is and why it exists. Capitalizing on that possibility requires an unprecedented map — one that charts faint galaxies more uniformly and over a larger area of sky than ever before.” 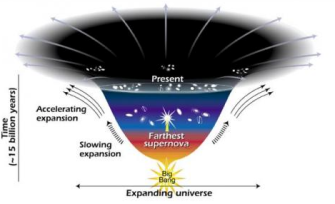 The vast amounts of data collected by the DESI Legacy Imaging Surveys has already led to significant scientific discoveries, including some of the coolest brown dwarfs ever discovered, active black holes in galaxies, and light-bending gravitational lenses, discovered through machine-learning algorithms.

But the new map is only the first stage in DESI’s main goal: Creating a three-dimensional map of the universe. Over the next five years, scientists with DESI will use the data to measure the spectra of 35 million galaxies and 2.4 million quasars in the map. (Spectra is the intensity of light emitted over a range of energies.) 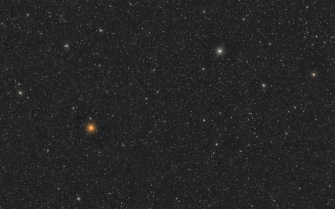 By determining these galaxies’ positions and distance from Earth, the team will be able to plot them in three dimensions, and potentially help scientists learn more about arguably the biggest puzzle in cosmology.

“Capturing the spectra of so many galaxies so quickly requires a high degree of automation,” wrote NOIRLab. “DESI — equipped with an array of 5000 swiveling, automated robots, each toting a thin fiber-optic cable that can point at individual galaxies — is designed to measure the spectra of 5000 galaxies at a time. The results will ultimately provide new insights into the mysterious dark energy that is driving the Universe’s accelerating expansion.”

“The pulsar sort of consumes the thing that recycled it, just as the spider eats its mate.”
Starts With A Bang

Dark energy is here to stay, and a “Big Crunch” isn’t coming

13.8 billion years ago, the hot Big Bang gave rise to the Universe we know. Here’s why the reverse, a Big Crunch, isn’t how it will end.
Hard Science

The answer may lie in the particular way sand forms on Titan.
Starts With A Bang

Atomic clocks keep time accurately to within 1 second every 33 billion years. Nuclear clocks could blow them all away.
Up Next
Life

Why do some species evolve to miniaturize?

The island rule hypothesizes that species shrink or supersize to fill insular niches not available to them on the mainland.