Misinformation often spreads like a virus. Is there a vaccine?

Although the vast majority of climate scientists agree that humans are largely responsible for global warming, only 27% of Americans think that the climate scientists agree. In other words, there is an overwhelming consensus amongst experts but the general public thinks that there isn’t a clear agreement. A steady onslaught of misinformation has undercut the public’s understanding of the scientific consensus, and in turn lowered potential support.

According to recently published research in the journal Global Challenges, there may be a way to “vaccinate” the general public against dubious claims made by climate change skeptics.

Just like a vaccine, the process involves adding a small amount of the underlying virus in order to build up a greater resistance. By being exposed to the misinformation, along with a pre-bunking of that misinformation, participants we more apt to accept the correct information.

The research, Inoculating the Public against Misinformation about Climate Change, looked at ways to achieve greater acceptance of the underlying scientific agreement regarding climate change. Fighting the misperception that climate change is a He Said/She Said issue has been a major annoyance for scientists looking to enhance public support. 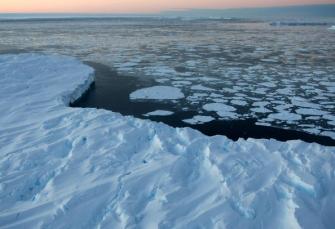 “Vaccinating” readers against misinformation spread by merchants of doubt is based on the Inoculation Theory, which aims to strengthen specific attitudes and make this less susceptible to change. Although the researchers applied this strategy specifically to the issue of climate change, their findings have potentially broad applications in our current truth-challenged environment.

“Results indicate that the positive influence of the “consensus message” is largely negated when presented alongside such misinformation. Thus, in evaluating the efficacy of consensus messaging, scholars should recognize the potent role of misinformation in undermining real-world attempts to convey the scientific consensus.”

Led by Sander van der Linden, the Director of the Cambridge Social Decision-Making Lab, the study concluded that participants could be inoculated against misinformation when given a warning to its politicization and lack of credibility. The researchers found that sticky misinformation often had the effect of canceling out the exposure to scientific consensus (in the form of a pie chart), but the misinformation (The Oregon Petition) was far less persuasive when pre-bunked (refutational pre-emption) for the participant.

“[W]e hypothesize that the process of inoculation will indeed protect pre-existing (positive) attitudes as well as help counteract motivated reasoning.”

When participants were “vaccinated” with a perspective on the Oregon Petition (“some politically motivated groups use misleading tactics to try and convince the public that there is a lot of disagreement among scientists”), along with details regarding the petition’s scientific credibility, the positive shift towards accepting the consensus was almost 13%.

Why is This Important?

In 2013, the World Economic Forum warned against the spreading of “digital wildfires” that could wreak havoc for truth. How do we balance an open society with our need for truthful ideas? Our typical conception and faith in the “marketplace of ideas” is being challenged by an upended media environment that has witnessed the pervasive spreading of misinformation.

“Let all with something to say be free to express themselves. The true and sound will survive. The false and unsound will be vanquished. Government should keep out of the battle and not weigh the odds in favor of one side or the other.”-Fredrick Siebert, Four Theories of the Press(1956)

If the vast majority of climate scientists have formed a consensus on climate change, why do only 27% of Americans think they have? While lessening the role of traditional media gatekeepers offers opportunities to democratize the spreading of information, it has also provided fruitful pathways to the spreading of misinformation. Couple this with a tendency to apply false equivalency to issues that have broad consensus, along with echo chambers and confirmation bias, and you have a recipe for confusion.

Right now we are playing a giant game of post-truth Whac-A-Mole. We are going to need a better hammer.

Tags
climate changefake newsglobal warminginnoculationMisinformationSander van der Lindenscience literacyskepticsvaccination
In this article
climate changefake newsglobal warminginnoculationMisinformationSander van der Lindenscience literacyskepticsvaccination
Related
Hard Science
Wandering icebergs could trigger tsunamis
Icebergs aren’t just a threat to unsinkable ships. Their ability to cause underwater landslides poses a danger to coastal cities.
The Past
Busting the Easter Island myth: there was no civilization collapse
For decades, researchers have proposed that climate change and human-caused environmental destruction led to demographic collapse on Easter Island. That’s probably false, according to new research.
Hard Science
New research finds that reforesting Europe would increase rainfall, fighting a drying trend
Trees store carbon dioxide, have a cooling effect in cities, and reduce flood risks.
The Future
Say goodbye to air conditioning with new roofing material
The guilt-free air conditioning, called “cooling paper,” is made from recyclable paper and doesn’t use any electricity.
The Present
57% of U.S. structures lie within a natural “hazard hotspot”
A new study mapped areas of the U.S. that are most likely to suffer natural disasters.
Up Next
Think Again Podcasts
Matt Taibbi – Bread and Circus – Think Again Podcast #83
Spontaneous talk on surprise topics. Rolling Stone political journalist Matt Taibbi on the media and political circus of the 2016 campaign trail, the search for happiness, and where we go from here.