Astronauts rely on a suite of life-supporting technologies to keep them alive in space. On the International Space Station, for example, those technologies comprise the Environmental Control and Life Support System, which provides habitable air pressure, oxygen, fresh water, adequate humidity, fire detection, and waste management.

Relying on such systems might seem alien to non-astronauts at first glance. But is modern life all that different?

That’s the idea Sam Harris and David Deutsch explored on an episode of the Waking Up podcast, and it’s an idea worth exploring now that both government and private organizations are firming up plans to colonize—and even build cities—on Mars:

DD: So we evolved somewhere in East Africa in the Great Rift Valley. That was an environment that was particularly suited to having us evolve, and life there was sheer hell for humans. Nasty, brutish, and short doesn’t begin to describe how horrible it was, but we transformed it…or, rather, not actually our species. Some of our predecessor species had already changed their environment by inventing things like clothes, fire, and weapons, and thereby made their lives much better but still horrible by our present-day standards. Then they moved into environments such as Oxford, where I am now. It’s December. If I were here at this very location with no technology, I would die in a matter of hours, and nothing I could do would prevent that.

SH: So you are already an astronaut.

DD: Very much so. 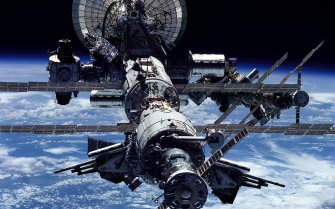 According to Harris and Deutsch, people are mistaken if they think the biosphere is “wonderfully hospitable” to mankind. Earth, Deutsch claims, no more provides us with a life-support system than it supplies us with radio telescopes.

Still, there have to be some places on Earth that provide us with something like life-support systems, right?

If such places exist, they’re probably in Mediterranean zones. 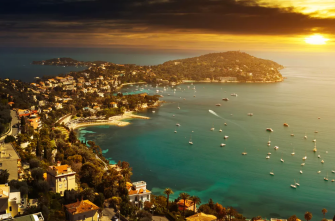 A Mediterranean hot-summer climate (labeled “Csa” by the Köppen climate classification) is arguably the most hospitable to humans, and would therefore require the least amount of technology to survive, because it provides optimal:

Human history also seems to favor the Mediterranean climate. The ancient Greeks and Romans built some of history’s greatest cities in the Csa climate, and it’s the climate of some of the best wine-producing regions in the world. A quick look at this map of Mediterranean zones, however, reveals just how rare it is across the globe. 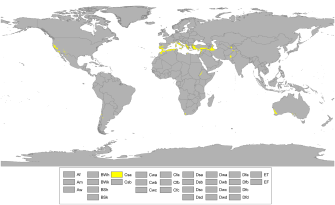 Of course, humans can survive in many climates. But the logical implication is that technology becomes more necessary as you travel out of optimal habitats and into hostile ones; in other words, you live more like an astronaut as your habitat worsens. Given the projected effects of climate change, this relationship between technology and hostile environments might soon become stark for millions.

Another way of framing Earth’s level of habitability is through Johan Rockström’s “planetary boundaries” model. In a 2015 paper published in Science, Rockström and his colleagues proposed that there are 9 boundaries that humans need to maintain in order for Earth to be a sufficiently habitable planet. According to the model, we’ve already crossed four of those boundaries. 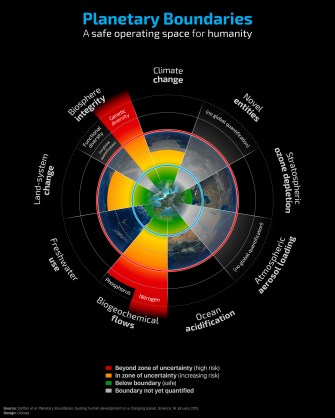 Rockström’s model puts the fragility and inhospitality of Earth into focus. It also gives a sense of urgency to the idea that humanity has to move beyond Earth and become an interplanetary species in order to survive over the long term. Like Konstantin Tsiolkovsky, the father of modern rocketry, said:

“The Earth is the cradle of humanity, but one cannot live in the cradle forever.”

More recently, Elon Musk echoed that sentiment by framing the move to Mars as something like an insurance plan:

“I think there is a strong humanitarian argument for making life multi-planetary, in order to safeguard the existence of humanity in the event that something catastrophic were to happen, in which case being poor or having a disease would be irrelevant, because humanity would be extinct. It would be like, ‘Good news, the problems of poverty and disease have been solved, but the bad news is there aren’t any humans left,’” Musk said in an interview with Aeon.

As NASA and SpaceX are firming up plans to put humans on Mars in coming decades, it’s worth thinking about how people will fare in artificial habitats on the Red Planet. The humans who settle on Mars will live with the constant reminder that the only thing separating them from death is a wall, or a spacesuit. The psychological consequences of that lifestyle over the long term remain unclear.

Still, many people already maintain a similar relationship with their habitats—it’s just easy to forget because technology is always buffering us from the dangers of nature. So given the general inhospitality of Earth, maybe it’s better to view the concept of being an astronaut as a spectrum—with life in an optimal habitat and little need for technology on one end, and Mars on the other.

Tags
astronautdavid deutschmarsSam Harrisspacespaceship earthwaking up podcast
In this article
astronautdavid deutschmarsSam Harrisspacespaceship earthwaking up podcast
Related
Life
“I went to space and discovered an enormous lie”
What astronaut Ron Garan saw in space changed his life forever – here’s what it taught him.
▸
8 min
—
with
Ron Garan
Videos
The true story behind Carl Sagan’s cult classic, Contact
Do aliens dream about meeting us, too?
▸
with
Jill Tarter
Videos
NASA astronaut explains humanity’s trajectory to Mars
The first human that isn’t an Earthling could be in our lifetime.
▸
5 min
—
with
Robert Curbeam
How Earth’s 23.4° tilt makes life beautiful
Rituals come as much from religion as they do from the way Earth spins around the Sun.
▸
4 min
—
with
Sasha Sagan
Videos
Michio Kaku: “We need a second planet”
Humans won’t survive if we stay on Earth. Michio Kaku explains.
▸
7 min
—
with
Michio Kaku
Up Next
Starts With A Bang
Spectacular new Crab Nebula images close in on its final secrets
Five independent images point to an incredible, single story, but the mystery of how it was created still remains.“The origin and evolution of life are connected in the most intimate way […]