Pharaoh Tutankhamun, the boy king who ruled Egypt around 1332-1323 BC, has known his share of fame in a world thousands of years after his life. And the fame is sure to grow as an exciting new discovery set the international media on fire. A team of Egyptian and Italian researchers just published a paper showing that King Tut’s beautiful dagger, already an object of admiration and mystery, turns out to have been made from a meteorite.

Yes, he had a space dagger. 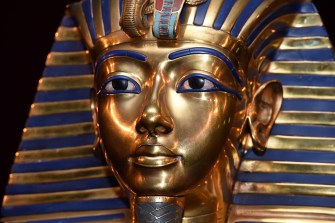 The paper, with the immediately intriguing title “The meteoritic origin of Tutankhamun’s iron dagger blade,” reveals that X-ray analysis showed the dagger to be made mostly of iron, with small amounts of nickel and cobalt. This particular combination of elements was the key in tracing the dagger’s origins to a meteorite.

“The introduction of the new composite term suggests that the ancient Egyptians… were aware that these rare chunks of iron fell from the sky already in the 13th century BCE, anticipating Western culture by more than two millennia,” write the researchers, led by Daniela Comelli, an associate professor at the department of Physics of Milan Polytechnic.

This is remarkable in that it proves that Egyptians were well-versed in adopting iron, while the rest of humanity was still living in the Bronze Age. In fact, the researchers see the quality of the dagger’s blade as indicative of Egyptian mastery of iron work. 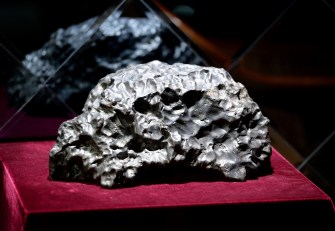 The dagger, which was found in the wrapping of the mummified pharaoh in 1925, was analyzed utilizing X-ray fluorescence spectroscopy, a technique that energetically excites various compounds within the object to compare different radiation wavelengths. This allows researchers to figure out which elements are present without damaging the object.

Once they figured out the iron in the compound came from a meteorite, researchers looked back through historical records to pinpoint which meteorite it was. They concluded it was the Kharga meteorite, which was found 150 miles west of the city of Alexandria, near the seaport city of Mersa Matruh (known as Amunia at the time of Alexander the Great). 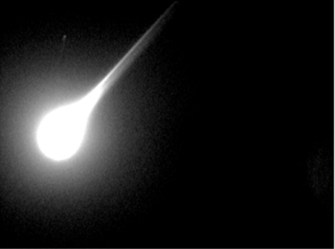 Researchers also think that this finding adds special meaning to the term “iron from the sky” which was a hieroglyph found in ancient Egyptian texts.

Indeed, this discovery proves that even such famous historical finds as King Tut’s tomb can still reveal groundbreaking secrets about the life of the ancients.

You can read the study, published in Meteoritics and Planetary Science, here.

Tags
discoveryegyptianironking tutmeteoritepharaohtutankhamun
In this article
discoveryegyptianironking tutmeteoritepharaohtutankhamun
Related
The Past
Here is the most terrifying pterosaur ever discovered
Meet your new flying nightmare: Thapunngaka shawi.
Life
Cockatoos teach each other the secrets of dumpster diving
Australian parrots have worked out how to open trash bins, and the trick is spreading across Sydney.
Life
How jumping spiders can distinguish the living from the non-living
Eight-eyed arachnids can tell when an object’s movement is not quite right.
Hard Science
Every 27 minutes, there’s an X-ray aurora on Jupiter. Here’s why.
Jupiter’s mysterious auroral events are caused by vibrating waves of plasma.
Hard Science
Going rogue: runaway planets roam the galaxy
Tiny fluctuations in old Kepler data reveals four runaway planets that are reminiscent of Earth.
Up Next
Strange Maps
A Map of America’s Shakespeare Towns
Shakespeare never visited America, yet the map of the U.S. is dotted with references to his work.