Venus, the second planet from our sun, is a downright terrifying place. Its atmosphere is almost all carbon dioxide, with the exception of the clouds that rain sulfuric acid. Its surface is a foggy, yellow desert dotted by volcanoes many times larger than those found on Earth. Its mean surface temperature reaches a blistering 860 degrees Fahrenheit. But despite these inhospitable conditions, Venus may be one of the best spots for humans to settle in our solar system. 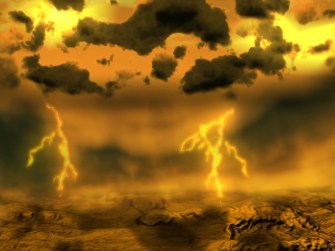 An artist’s rendering of the surface of Venus.

Settling on a hellish planet

While the two may not seem alike at first blush, Venus is quite similar to Earth compared to other planets in our solar system. So much so, the Morning Star is sometimes called Earth’s “sister planet”. Its gravity is 90% as strong as Earth’s, compared to Mars’ ~38%, meaning that our muscles won’t atrophy, and our bones won’t decalcify as they do in low-gravity environments. It’s roughly the same size as Earth, and it’s the closest planet in our solar neighborhood.

This makes Venus a tempting target for future colonization, but what about all of those deadly characteristics mentioned above? It’s hard to imagine life in an atmosphere full of carbon dioxide, with no water, and at incredible heat. Not to mention that if you were to stand on its surface, the weight of the Venusian atmosphere would be the same as diving 3,000 feet underwater (which you don’t want to try). There’s no arguing that the surface of Venus is brutal. That’s why we wouldn’t live on Venus’s surface.

Instead, a hypothetical Venusian colony would be suspended by blimps floating 31 miles above the surface. This might seem farfetched, but it isn’t entirely science fiction. While there are plenty of challenges associated with living above the surface of Venus, in many ways, establishing a colony in the clouds of Venus would be easier than doing so on the surface of Mars. Here’s why.

Paradise in the clouds

In Venus’s upper atmosphere, the pressure would be about 1,000 hectopascals (hPa), which is extremely close to Earth’s 1013 hPa at sea level. Not only will humans be able to tolerate this exceedingly well, but since the pressure outside a blimp would be close to that inside the blimp, any punctures would result in a repairable leak rather than a catastrophic explosion. As an analogy, you can consider this like opening the door to an airplane on the runway compared to doing so during a flight. Above the surface’s crushing pressure, the temperature would be much more manageable, too, ranging from 32 to 122 degrees Fahrenheit.

These qualities mean that a human could happily work outside the habitat, so long as they had air to breathe and protection from the clouds of sulfuric acid. Acid rain might seem like a problem, but there are plenty of easily constructed materials resistant to such acid, like polytetrafluorine—also known as Teflon.

What about water? Venus barely has any, unfortunately. But those deadly clouds made of sulfuric acid also present an opportunity. Sulfuric acid is made of hydrogen, sulfur, and oxygen molecules. Through electrolysis, these molecules can be separated and recombined to form water, leaving only sulfur as a waste product. As for oxygen, Venus has an abundance of carbon dioxide and nitrogen, which can be used to grow plants for producing breathable air and food.

Venus’ atmosphere would also provide shielding from cosmic radiation, which can both scramble human brains over time and irradiate food, soil, and pretty much everything else. Mars, unfortunately, has a very thin atmosphere, which would not provide this benefit. 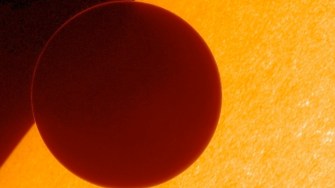 It’s nice to know that exploring Venus through manned missions is possible, but our long-term goal of becoming an interplanetary species and establishing a colony must be more challenging. Generating the lift for entire cities to float in the Venusian clouds seems like it would be a monumental feat of engineering. To be sure, it would be hard, but not quite as hard as one would think.

What’s more, Landis says, “Venus has plenty of room. A billion habitats, each one with a population of hundreds of thousands of humans, could be placed [to] float in the Venus atmosphere.”

Of course, none of this will be happening any time soon. While this colony would work in theory, we still need to learn more about Venus. Mars takes up much of the limelight in our interplanetary exploration, while most missions to Venus were made decades ago by Soviet probes. NASA does have a plan for a 30-day crewed mission to Venus called the High-Altitude Venus Operational Concept (HAVOC), but this project is sadly inactive. As we gear up to establish colonies on the moon and on Mars, however, hopefully we keep our sister planet in mind.