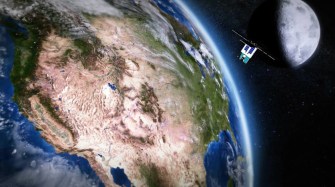 On June 24, 2019, a SpaceX Falcon Heavy will carry into space the Orbital Test Bed Satellite from General Atomics Electromagnetic Systems. Aboard that platform will be NASA JPL’s Deep Space Atomic Clock. This toaster-oven sized device has been under development for 20 years at a mission cost of $80 million, and if its year-long test flight goes well, it has the potential to revolutionize the manner in which spacecraft navigate. 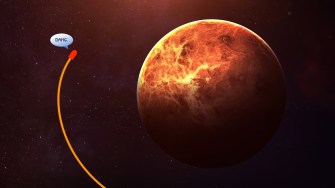 Why this is a big deal

The current system for directing spacecraft to their destinations is really slow, with a built-in time lag that makes quick navigational changes basically impossible. The system works like this:

Okay, so here’s the issue. In number 4 above, ground control’s calculation doesn’t really tell control where the craft is currently — it tells control where it was when the positioning signal began its return trip. As spacecraft get further and further away, this inaccuracy becomes more and more of an issue. If humans were traveling to Mars, for example, steps 1 through 4 would take an average of 40 minutes. Yes, ground calculations can estimate the ship’s current location based on its previous location and speed, but that’s not the same as knowing. And Mars is close by — as craft move further and further into the cosmos, the lag lengthens and lengthens, and if unanticipated conditions in space require a prompt course-correction from home, well, it’s just not possible.

As we travel around down here in our cars, we use GPS to navigate. Each GPS satellite has its own atomic clock that allows it to triangulate our vehicle’s location by tracking the time it takes for a ping coming from our car to reach a trio of three GPS satellites. Given the relatively short distance — compared to space travel — between our roads and our satellites, this all happens pretty quickly.

The hope for the compact Deep Space Atomic Clock is that it can do the same for spacecraft. If a spacecraft has its own reliable and accurate time reference, steps 1 through 4 above can be reduced to simply one: step 4. When navigation instructions are sent from Earth, a craft can measure the time it took them to arrive, work out its own position and speed, and immediately implement the new guidance.

Another possibility is that atomic clocks could be placed into orbit around a planet and act as a GPS-style system that would help human and robots on the surface navigate the planet.

The greatest challenge in building a space atomic clock is that it has to be extremely accurate. Given the great distances that spacecraft must travel, even tiny errors in time-tracking can have catastrophic results considering the number of miles over which such inaccuracies would then multiply. They could mean crash-landing in unintended locations, or missing a planet — or even an entire region of space — altogether.

In testing here on Earth, the Deep Space Atomic clock meets this challenge — it’s off by just a single second every 10 million years. 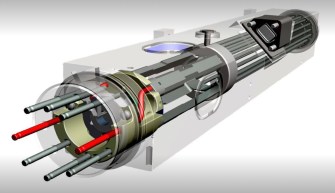 The accuracy of the Deep Space Atomic Clock

Standard atomic clocks, and even wristwatches, measure vibrations in a quartz crystal to keep track of time. A continuous electric signal fed into the crystal keeps it vibrating, back and forth, like minute — in the tiny sense — ticks of a clock.

In the case of a consumer timepiece, the displayed time ends up drifting out of accuracy. In a terrestrial atomic clock, the measurements remain spot-on through the measurement of certain atoms according to the frequencies of light they emit. Unfortunately, these atomic clocks can be thrown off by exposure to external magnetic fields and changes in temperature.

The Deep Space Atomic Clock, on the other hand, keeps track of a number amount of mercury ions — JPL says it’s fewer of these ions than you’d find in a can of tuna — that are held in electromagnetic traps. In essence, these traps give the ions a protective shell that helps shield them from outside influences.

The point of the mission is to see if, over the course of a year, the Deep Space Atomic Clock can remain stable in orbit, or if its timekeeping is disrupted by being in space. If its timekeeping remains solid, we may see it being deployed on missions as soon as the 2030s.

Inspired by the shape of a New Caledonian crow’s beak, researchers created a new 3D-printed prototype of tweezers.
Up Next
The Present

New research suggests that a healthy supply of locally-sourced beer helped maintain the unity of the widespread Wari civilization for about 500 years.