Atop a plume of smoke, Yuri Gagarin blasted out of Earth’s atmosphere on April 12, 1961. In doing so, the Russian cosmonaut became the first human to venture into that vast, cold realm that we dub “outer space.”

Since then, trails of hot exhaust, slowly dissipating in the ether, have become emblematic of space travel. Nowadays, though, a different sort of smoke — or source of it, rather — has caught the attention of modern astronomers.

As Big Think reported in September of 2018, traveling to Mars will, indeed, be a technical feat, but keeping humans sane while dwelling there is poised to be an even greater one. Between the stressors of living beyond the view of Earth — far from family and friends — and prolonged cabin fever, among other things, the first Martians are liable to go “completely bonkers.”

Indeed, in simulations here on Earth designed to mimic a Martian existence, crewmembers — people in various missions — grew incensed with one another. If this played out on the Red Planet, it could lead to a breakdown in teamwork, compromising colonization goals. Not to mention the safety of the first Martians.

Nevertheless, with the increased interest in space colonization, we will soon be venturing beyond the known limits of what the human body — and mind — can endure. The longest anyone has lived in space, for instance, is 14 months — a trifle compared to the years a permanent move to Mars would entail.

All of this said, the question currently whirling in the minds of space enthusiasts is whether marijuana use, in either its recreational or medicinal incarnations, could help the first Martians cope with the intense amounts of stress they are likely to experience. According to the science, probably. However, there are still other factors that need to be considered. 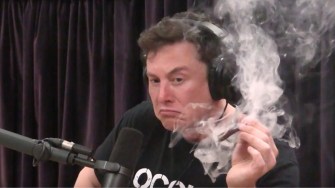 The CEO of SpaceX, Elon Musk, smokes a blunt on The Joe Rogan Experience.

Multiple studies published in 2018 reported that marijuana use did, in fact, significantly reduce participants’ stress levels. One study, for instance, authored by researchers at Washington State University, and published in the Journal of Affective Disorders, found that:

Marijuana use is rampant in the United States, and many Americans will never understand the stresses Martians will have to endure in establishing an inter-planetary colony. If anxiety on Mars is adequately managed, then life on the planet may have the chance to blossom. Just as taverns gave way to America — see: “How drunk were the Founding Fathers? Revolutionary-era Americans could drink you under the table” — marijuana could help give way to a permanent human settlement on Mars. In terms of process, it might even be easier to produce than beer on the Red Planet.

As history would suggest, perhaps to the ire of some analysts, sometimes you have to be slightly “impaired” — or at least, not entirely sensible — to do the courageous, the “impossible.” Betwixt the drinks, things (still) apparently get done, i.e. Declaration of Independence, Bill of Rights, etc. 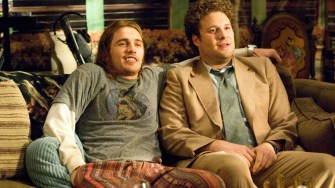 After all the hard work — not to mention the costs — it will take to bring humans to Mars, do we want to compromise our efforts by having a colony of stoners take the helm? … Probably not. Well, that is if said individuals are — perhaps — munching their ways through the food reserves at an alarming pace and aren’t completing tasks.

Indeed, completing colonization and sustainability goals on Mars would be the rub of living on the Red Planet. This said, according to a study published in June of 2018, conducted by researchers in Australia, regular marijuana use often renders stoners unmotivated and lacking in foresight. How so? Rigorous marijuana use affects episodic memory, which, in turn, scientists believe, adversely impacts longterm goal planning.

However, the adverse results did not apply to those who smoke marijuana occasionally. The title of the completed study, after all, was “Episodic Foresight Deficits in Regular, but not Recreational, Cannabis Users.”

Atop a plume of smoke…

Perhaps our visions of a sober, sterilized Martian colony isn’t realistic and should yield to the preeminent fact that the first Martians will still be human. As we’ve written before, “Away from the norms and expectations of society, astronaut behavior may become untethered from what we consider acceptable.”

People — humans — are messy and, when placed in extreme conditions, have often relied on extreme coping mechanisms to survive, such as consciously curbing optimism in life-or-death situations to better handle continuous disappointments, as U.S. naval officer James Stockdale did while a prisoner of war.

Before Martians thrive on Mars, they must first survive, and this may be promoted, according to the research, with low-dosages of medical marijuana, or even occasional recreational uses of it — yes, including edibles. As with everything, there may be a golden mean: That is, an amount of pot that is enough to decrease anxiety for pioneers in daily life-or-death situations, but not enough for them to become high as the International Space Station every day, which, in the long run, may counteract the therapeutic effects.

All of this said, maybe one day you’ll FaceTime your cousins on the Red Planet and they’ll explain their chores, research, and excursions around Valles Marineris with glazed-over eyes and an ever-so-peculiar grin on their faces, from time to time.

Tags
marijuanamarssciencespace
In this article
marijuanamarssciencespace
Related
Life
“I went to space and discovered an enormous lie”
What astronaut Ron Garan saw in space changed his life forever – here’s what it taught him.
▸
8 min
—
with
Ron Garan
The Well
The 3 “demons” that haunted legendary scientists
Darwin, Descartes, and Maxwell all believed in these science ‘demons.’
▸
7 min
—
with
Jimena Canales
Harvard professor debunks the biggest exercise myths
Exercise culture is crazy. But what you need to do is exceedingly simple.
▸
with
Daniel Lieberman
Videos
The true story behind Carl Sagan’s cult classic, Contact
Do aliens dream about meeting us, too?
▸
with
Jill Tarter
Videos
NASA astronaut explains humanity’s trajectory to Mars
The first human that isn’t an Earthling could be in our lifetime.
▸
5 min
—
with
Robert Curbeam
Up Next
Neuropsych
Does manual labor boost happiness?
The neurochemistry of working with your hands.