Maybe future generations will look back on these early days of space exploration and chuckle at what we had to suffer through. We live in a time when, every now and then, word goes out that some giant chunk of uncontrolled defunct space junk is about to crash down upon us somewhere, so, um, duck? The hope during such moments is that the deadly debris will land in the ocean that covers most of the Earth’s surface or in some unpopulated area, and it usually does. Usually.

Anyhow, if you’ve been anxiously looking up this week — either at the sky or your ceiling in quarantine — waiting for the core section of China’s Long March 5 (CZ-5B) rocket to end you, you can breathe a sigh of relief. It landed safely, for humans anyway, in the ocean off the west coast of Mauritania in northwest Africa on May 11.

Though CZ-5B is one of the largest craft to come down in an uncontrolled reentry, its size is not the only thing that had astronomers like Jonathan McDowell, of the Harvard-Smithsonian Center for Astrophysics, on the edge of their seats. “I’ve never seen a major reentry pass directly over so many major conurbations!” he tweeted. (A conurbation is an extended urban area.)

While some debris comes down via a controlled landing, that was not the plan for CZ-5B. McDowell tells CNN, “For a large object like this, dense pieces like parts of the rocket engines could survive reentry and crash to Earth.” No biggie, he says, since, “Once they reach the lower atmosphere they are traveling relatively slowly, so worst case is they could take out a house.”

CZ-5B took off just a week or so ago, on May 5 for just a few days in orbit. Some of its 30-meter-long core stage burned up on reentry, and apparently none of what remained hit anyone, but there are reports of property damage in the Côte d’Ivoire village of N’guinou. 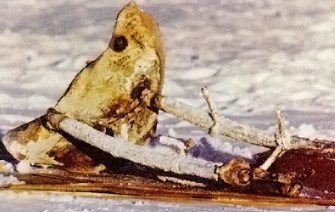 At this point, there have been a number of well-publicized spacecraft plummeting down destination-unknown. Probably the scariest was the return of the 4.4-ton Soviet-era spy satellite Cosmos 954. What made its uncontrolled re-entry so frightening is that it was nuclear-powered and threatened to spew radioactive material all over wherever or whomever. The original plan had been to boost it high into a nuclear-safe orbit, but a separation failure doomed the craft to fall back to Earth.

In the end, Cosmos 954 did crash in Northwestern Canada, blowing radioactive debris over a wide area. Canada billed the U.S.S.R $6 million for the cleanup, of which only $3 million was eventually paid.

Probably the first widely publicized uncontrolled return, and one of the two most massive, was of Skylab in 1979. It was another case of a craft coming back earlier than intended, and though NASA couldn’t control the 77-ton craft’s reentry point, it could control the manner in which it tumbled on down. The nail-biting ended on July 11, 1979, when most of Skylab burned up over the Indian Ocean, though some big pieces survived the descent and landed southeast of Perth, Australia. No one got hurt. The Australian town of Esperance charged NASA $400 for littering. The U.S. also didn’t pay up.

Another piece of debris larger than CZ-5B was the Soviet Salyut 7 after nine years in orbit. At the time it came down, it was docked with another spaceship, Cosmos 1686. Salyut 7 weighted in at about 22 tons, as did Cosmos 1686. The connected pair of craft reentered together, burning up and breaking apart over Argentina, with bits raining down on the town of Capitan Bermudez. Amazingly, no one was injured.

One could say we’ve been pretty lucky so far, though it’s hard not to look forward to a time when dying spacecraft can be somehow vaporized out in space where it’s safe instead putting those of us down here at absolutely-nothing-you-can-do-about-it risk.

Don’t worry about making a mistake. It’s how we learn.

A new study at UPenn found that effective learning includes mistakes—just not too many.