Undoubtedly considered one of the brightest individuals who ever lived, Albert Einstein did not become so accomplished in a vacuum. The physicist learned from the best minds of history, as is evidenced by his voracious appetite for reading and his extensive personal book collection.

In “Einstein for the 21st Century,“ the authors describe the famous scientist’s library. It contained “much of the canon of the time,” write the editors Peter Galison, Gerald J.Holton, and Silvan S. Schweber, referring to the great collection of German books. Among these were such names as Boltzmann, Buchner, Friedrich Hebbel, two editions of the works of Heine, Helmholtz and von Humboldt. There were also many books by the philosophers Immanuel Kant, Gotthold Lessing, Nietzsche, and Schopenhauer.

But what were Einstein’s favorite books? Perhaps there’s no one simple answer to that but we do know which works the creator of the theory of general relativity seemed to come back to over and over.

Here are his 5 favorite books and writers, as we know it.

Einstein’s development of the theory of relativity was by his own admission influenced by the work of Ernst Mach – a 19th-century Austrian philosopher and physicist. In his Analysis of Sensations,” Mach wrote about the elusive nature of the human senses and the mutability of the ego.

Mach’s work also included criticism of Newton’s theories of time and space – another source of inspiration for Einstein’s own ideas. In fact, Einstein named a hypothesis that he derived from Mach as ‘Mach’s Principle’ – the idea that inertia is originated in an interaction between bodies, which was an idea Einstein himself saw as instrumental.

In a 1915 letter he wrote to Moritz Schlick, Einstein explained what writers influenced his thinking in coming up with the theory of relativity, saying:

“You have also correctly seen that this trend of thought [positivism] was of great influence on my efforts, and specifically E. Mach and still much more Hume, whose treatise on understanding I studied with fervor and admiration shortly before the discovery of the theory of relativity. It is very well possible that without these philosophical studies I would not have arrived at the solution.”

While he revealed in this letter that the work of Ernst Mach and David Hume inspired his thinking, it is known also that in later years Einstein came to repudiate Mach’s work and positivism in particular – the logic-centered philosophy that rejects theology and metaphysics, maintaining that every rational assertion can be scientifically verified and that “positive” knowledge is based on natural phenomena and their properties. 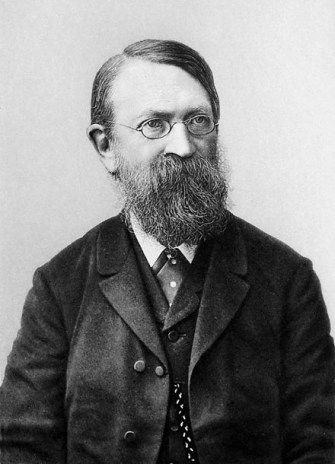 Leopold Infeld, who worked with Einstein, wrote in his autobiography “The Quest” about how much Einstein loved Cervantes’s classic tale of the chivalrous knight Don Quixote:

“Einstein lay in bed without shirt or pajamas, with Don Quixote on his night table. It is the book which he enjoys most and likes to read for relaxation…”

Baruch Spinoza was a 17th-century Jewish-Dutch philosopher whose writings provided the groundwork for the Enlightenment and contemporary biblical criticism. Spinoza’s “Ethics” is one of the fundamental works of Western thinking, describing full cosmology and a picture of reality, while providing instruction for leading an ethical life. The book describes God as the natural order, with humans being the “modes” of God. Everything that happens, per Spinoza’s thinking, follows from the nature of God.

This “pantheism” of Spinoza was part of Einstein’s own spiritual view of the world, as he told to Rabbi Herbert S. Goldstein:

“I believe in Spinoza’s God, who reveals himself in the harmony of all that exists, not in a God who concerns himself with the fate and the doings of mankind.”

Check out this video on Spinoza’s philosophy:

By his own admission, this book by an 18th-century Scottish philosopher, that looked to understand the link between science and human nature, had a big influence on Einstein. Hume’s accomplishment of articulating a scientifically moral philosophy appealed to the physicist as did the book’s call to move from metaphysical speculation towards facts you can observe. There was also an important caveat to this, according to Hume, that observation alone cannot grasp the laws of nature. This implication had a profound impact on the development of Einstein’s counter-intuitive ideas. 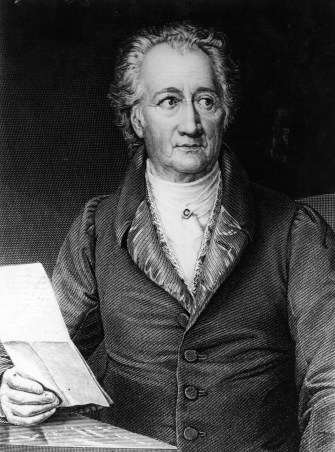 Perhaps the most sizable part of Einstein’s large collection of books belonged to the German author Johann von Goethe. The physicist owned the collected works of the author in a 36-volume edition, along with an additional 12 volumes as well as 2 volumes of the “Optics” (including a letter exchange between Goethe and Schiller), and another volume of “Faust”.

Einstein kept a bust of Goethe and was known to quote the writer to his German-speaking assistants. In a 1932 letter to Leopold Casper, Einstein wrote that he admired Goethe as “a poet without peer, and as one of the smartest and wisest men of all time.” He added that “even his scholarly ideas deserve to be held in high esteem, and his faults are those of any great man.”

If you’re looking for more great books enjoyed by the world-changing scientist, it is known that he also loved “The Brother Karamazov” by Fyodor Dostoyevsky and “Isis Unveiled” – a mystical tract by the theosophist Helena Petrovna Blavatsky.

The death of God didn’t strike Nietzsche as an entirely good thing. Without a God, the basic belief system of Western Europe was in jeopardy.
The Past

Despite losing most of his extended family to the guillotine, Tocqueville grew up to become a fervent supporter of democratic revolution.
The Present

Non-Western thought is vast and ancient, so why don’t some consider it philosophy?
Up Next
Hard Science

On Wednesday, Chicago was colder than parts of Antarctica by 10 degrees Fahrenheit.