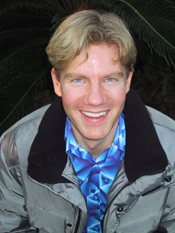 Something’s rotten in Denmark. Conservatives once again have sprung a media trap on Al Gore, but this time overseas.At the Wall Street Journal , “skeptical environmentalist” Bjorn Lomborg and Danish journalist Flemming Rose complain that Gore, while touring Denmark, backed out of a scheduled interview. According to the duo, the newspaper Jyllands-Posten set up an “investigative interview” between Gore and culture editor Rose. To maximize conflict, the paper invited Lomborg to participate.

In recent years, Jyllands-Posten has built its reputation (and circulation,) around stirring conflict, all in the name supposedly of journalistic ideals. It features two notable Danish right-wing intellectuals as columnists, and the paper gained international attention in 2005 after its controversial publication of twelve cartoons depicting Islam and Muhammad. The most controversial of these cartoons showed Muhammed with a bomb in his turban.

So Gore was stupid to agree to the interview. Don’t go marching into a media situation where you can’t possibly influence the message, and where the news organization is likely to prioritze controversy and attention over accuracy or context in its reporting. It’s the same kind of blunder that caught Clinton earlier this year in his famous explosive interview on Fox News. It’s ironic that in this recent case, and in Clinton’s showdown, the topic was global warming, the most technical of scientific issues, where conflict should never trump context. Yet so the story goes at many media outlets these days, and not just in the U.S.

In the end, Lomborg is given yet another platform for his contrarian views. (See this Skeptical Inquirer Online column I did on Lomborg back in 2004). Always sketchy on the science but heavy on the self-promotion, Lomborg leads in the op-ed with the Gore conflict, and then moves to expound on his interpretations of the science and policy implications of climate change.

In NYTimes Op-Ed, Words that Work for Stem Cell Opponents

Later this weekend, I will have much more to say about this op-ed by Yuval Levin appearing in Friday’s NY Times, so check back. The piece is a leading example […]