2009 is over! If you missed the Volcanic Year in Review, check out my summary of the volcanic events that captivated many of us over the past year. However, only one event will get the coveted 2009 Pliny for Volcanic Event of the Year. A lot of you wrote in with votes and comments – I thank you – and a number of events stood out in your mind. Here we go:

– Chaiten, Chile and the new research on the eruption.

– The earthquakes in western Saudi Arabia under the Harrat Lunayyir volcanic field. 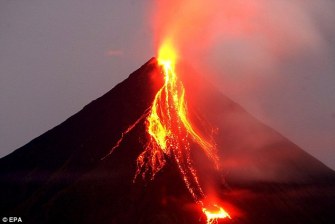 Mayon erupting with lava flows from the summit dome, December 2009.

Possibly the last year activity helped boost its placing, but a large Mayon eruption would be a significant event no matter what. While that hasn’t happened just yet, over 50,000 people have been evacuated and lava flows are cascading down the sides of the picturesque Philippine volcano. Look for Mayon to make news well into 2010. 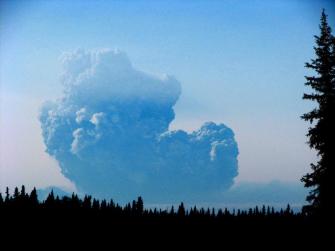 The eruption of Redoubt got our attention in January and didn’t let go for months – will it erupt? When will it erupt? How big will it be? When all was said and done (?), the eruption was relatively minor – the Anchorage airports were only briefly closed and the oil production in the area has resumed (albeit with the Drift River Oil Terminal closed for good). However, the lasting legacy of Redoubt might be how closely this event was monitored from start to finish by the Alaska Volcano Observatory – and how much information they put out for public consumption (via Twitter no less). Redoubt was the first 21st century, digital age volcanic eruption … and it might not be over.

The 2009 Pliny winner for Volcanic Event of the Year 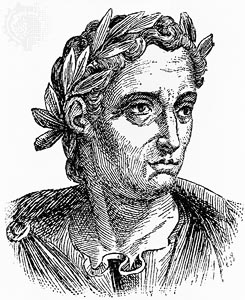 Sarychev Peak erupting in June 2009, taken from the ISS.

It might have come out of the blue – it might not have even lasted as long as other eruptions in 2009, but it was the images of the Sarychev Peak eruption that captured out imagination. The sequence of pictures taken of the plume from the International Space Station might be the most stunning images of a volcanic eruption ever taken and the plethora of satellite images of the eruption collected by the NASA Earth Observatory let us see the mammoth eruption in all its splendor. The eruption wreaked havoc on transpacific flights over the Kuril Islands for weeks – but it is fascinating that an eruption that took place near almost no one has ended up being seen by almost everyone.

Many flights out of Puerto Rico were cancelled today due to ash from Soufriere Hills volcano on Montserrat.