After months of delays and preparation, the oldest remaining shuttlein the fleet–Discovery, finally made its way from the Vehicle Assembly Building at the KSC to the launch pad. At 4:53 p.m. EST on February 24th, Discovery blasted off and raced out of Earth’s orbit for not only its 39th mission but also its last. The six member crew is part of an 11-day supply and assembly mission to the International Space Station (ISS), although NASA recently extended the mission by another day. This mission was designed for the delivery of not only much needed supplies for future crews but also a unique type of multipurpose module that will give space station crews added storage. It will also allow them to conduct science experiments right inside of it. One of NASA’s mission summaries states that some of these experiments that can be conducted within the module include “fluid physics, materials science, biology and biotechnology” and with hundreds of these experiments having already taken place, it will be crucial in the years to come that extra storage and lab space is both usable and accessible.

On another note, A commercial airliner flying from Orlando, FL with over 200 people on board was able to view the Discovery Launch in it’s entirety. One of the passengers was able to take a short movie of the rare event which ended up going viral shortly after it was uploaded to YouTube with over 3.6 Million Views.

Shuttle Discovery was also carrying the famed humanoid robot, Robonaut (R2) which is the first of it’s kind to be designed with a goal of working side by side with their human counterparts on the space station. The ambitious project by NASA and GM engineers has exemplified a new generation of technology that will lay the groundwork for future missions in space. R2 is designed to work and move like a human and use the same tools. R2 can also take care of jobs that would otherwise put a human astronaut in harm’s way. And with the enormous dangers that exist in space, it’s much easier to let R2 to do the job, as opposed to a human astronaut who has quite a bit more to lose if something goes awry.

This time-lapse video shows the week long activities to prepare Robonaut 2 for space flight. This provides a bit of insight into how many people are actually involved with such a process.

If you were following President Obama on Twitter the other day, you would have seen that he tweeted “Making a phone call to the crews of the Space Shuttle Discovery & the International Space Station.” After Obama made the phone call, he commented on how proud the Discovery Commander, Stephen Lindsey must be of Discovery’s final mission in space. He also had some remarks about the newest and only non-human member of the ISS, Robonaut 2. “Are you guys making him do chores or do dishes up there,” Obama asked, “Or does he have more exciting jobs?”. The crew of course laughed and stated that R2 hasn’t even been unpacked yet. If you were following Robonaut on Twitter, you will see that a recent tweet stated “I don’t know exactly when I’ll be unpacked yet, but keep watching. I’ll let you know when I do!”

The crew was also able to provide a piece of information that you may find interesting. They are cruising at about 17,000 mph, which means they round the planet every 90 minutes and ultimately see 16 sunrises and 16 sunsets each day!

Needless to say, it’s quite interesting that Twitter and other social media software platforms have made such an impact with general communication in even the longest of distances. Crews from the space station send tweets on a regular basis and we intend on seeing quite a few from Robonaut in the years to come (although we can assume that it’s a human that is doing the tweeting). It was also interesting to hear that one of the jobs of the shuttle crew members is to connect via audio and video with schools all over the world and communicate with a younger generation about the adventures of space travel. With technology in audio and streaming technology in near real-time, the ISS crew is able to speak with the up and coming generations and answer their burning questions about the Universe, but most importantly, inspire them.

With my April 1st blog entry about NASA’s glory days possibly coming to end with the cancellation of the Constellation program, it will be interesting to see how this all play’s out. With Shuttle Discovery being the oldest and most experienced in the shuttle fleet, it will indeed be a sad day for the space program when the landing gear finally pops out of the bottom and the tires hit the pavement for one last time. 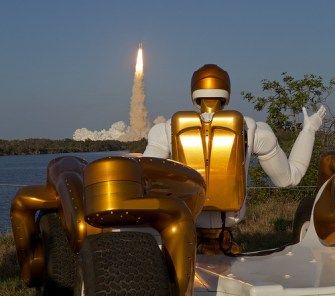 (Image 2 – Below) Anchored to a Canadarm2 mobile foot restraint, astronaut Steve Bowen tackled a variety of tasks, including venting into space some remaining ammonia from a failed pump module they moved during the STS-133 mission’s first spacewalk. Fellow astronaut Alvin Drew worked in conjunction with Bowen to complete the day’s tasks during this the second spacewalk of the mission. Image Credit: NASA 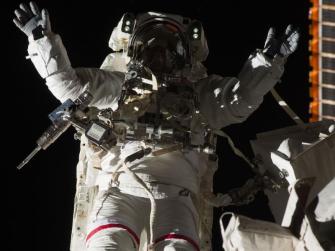 (Image 3 – Below) A docked Russian Soyuz spacecraft (right) backdropped by the thin line of Earth’s atmosphere and the blackness of space is featured in this image, which was taken by the STS-133 crew. The image also features a portion of the International Space Station’s Quest airlock and solar array panels. Image Credit: NASA 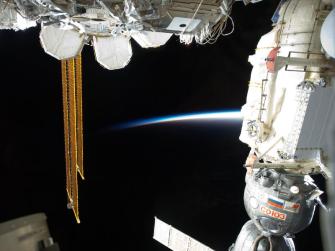 (Image 3 – Below) NASA astronauts Steve Bowen and Alvin Drew (partially obscured at center) conducted the STS-133 mission’s spacewalk on Monday, Feb. 28. During the six-hour, 34-minute spacewalk, Bowen and Drew installed the J612 power extension cable, moved a failed ammonia pump module to the External Stowage Platform 2 on the Quest Airlock for return to Earth at a later date, installed a camera wedge on the right hand truss segment, installed extensions to the mobile transporter rail and exposed the Japanese “Message in a Bottle” experiment to space. Image Credit: NASA 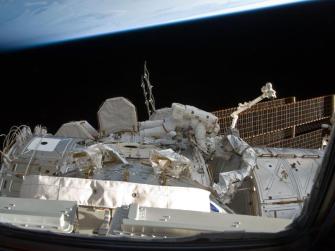 (Image 4 – Below) In fact, the Japanese “Message in a Bottle” doesn’t contain any messages at all. It was designed to be opened and filled with the vacuum of space as part of an educational experiment to inspire young thinkers. According to NASA, On Feb. 28, spacewalkers Steve Bowen and Alvin Drew finally opened and filled the cylinder.

The Japan Aerospace Exploration Agency (JAXA) stated that “Once the ‘Message in a Bottle’ is brought back to Earth and placed in people’s hands, it’ll become a conduit between humans and space, and between this world and the one beyond us.” The canister will eventually be placed on display in a variety of museums around the world and aimed at encouraging children and adults to imagine what is possible. 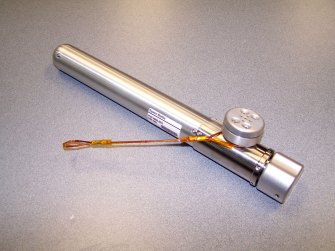 The video below shows the astronauts filling the ‘Message in a Bottle’ with the vacuum of space.

Things have been exciting in Hawai`i lately – and today is no exception. The crater vent inside at Pu`u O`o collapsed in spectacular fashion this evening, with the whole crust […]