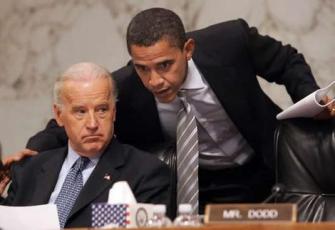 Will Joe Biden get the VP nod from Obama?

Obama is expected to announce his VP choice in the next 24 to 36 hours and the selection won’t be unveiled by way of the usual media leak followed by a press conference. Instead, in a sign of Obama’s new model of campaigning, the digitally networked candidate plans to first announce the selection by way of early morning e-mails and text messages to his millions of online supporters and then to take advantage of a full day’s news cycle of coverage.

This type of “special access” granted to his digital network is a novel and easy way to reinforce the intensity of support among his netroots base. Instead of first learning about it by way of the media, as has always been done in past elections, in this new era of campaigning, millions of supporters get a personal heads up from the candidate.

From the Financial Times:

If all goes according to plan, the announcement will be made with text and e-mail messages to supporters early in the morning, in time to capture coverage on the morning news shows and take advantage of a full day’s news cycle.

In case you were wondering, Gore’s much anticipated follow up book–where he is scheduled to detail his proposed policy actions–is due out about five months into the next administration.