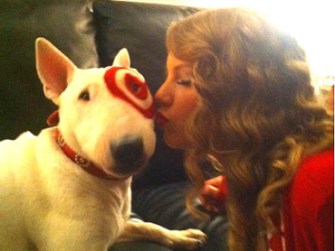 Yo Taylor, I’m really happy for you, I’ma let you finish, because you have one of the bestselling albums of the past five years. Not to get all Kanye about it, but Taylor Swift’s new record “Speak Now” just sold 1 million copies in one week — only the second time that’s been done in the past five years. So how did she do it? Not surprisingly, there was an extensive marketing blitz that included all the usual media suspects, a few non-traditional channels (e.g. a free concert at JetBlue’s terminal at JFK), a cross-promotional tie-in (i.e. a new fragrance), and strong support from Starbucks and Target.

But there was also a lot of thought about creating the right channel strategy for Taylor Swift’s new album. Billboard Magazine has one of the best breakdowns I’ve seen yet of Taylor Swift’s sales numbers:

More interestingly, Taylor’s fans were willing to pay a premium for the new album — and that meant that a race-to-the-bottom pricing strategy wasn’t effective. The suggested pricing for the album was $18.98 — nearly twice the $9.99 standard you’d encounter on Apple iTunes. (Currently, Apple iTunes is offering the album for $13.98). Target – which blew out the competition by far with nearly 1/3 of the entire sales – still is holding firm to the $16.99 price point by delivering additional value in the form of 3 original songs, 3 remixed tracks and 30 minutes of exclusive video coverage (as well as that “lady in red” re-interpretation of the album cover). However, the $18.98 price point was hardly a line drawn in the sand — Amazon quickly undercut the pricing of the entire market, at $3.99 for the digital download of the entire album. On the CD side, Walmart led the race for margin compression with $7.78 pricing.

Heading into Week 2, it will be interesting to see how these retail channels – especially Target — alter their strategy to maintain the sales momentum for “Speak Now.”

The Future of Visual Storytelling: From The Last Supper to the iPad Tablet

Of late, I’ve been thinking a lot about visual storytelling and the various ways that the Internet and digital devices like the iPad require us to process information and content. […]