Among the many things we take for granted is the ability to see. This is especially true in the developed world, where access to vision care is both easily available and, at its most basic form, not prohibitively expensive. This is good news for the 60% of Western adults who need corrective eyewear to perform the tasks of mundanity—reading, watching TV, working on a computer, driving. Sight is a basic, fundamental human need, yet, according to the World Health Organization, there are nearly a billion people in the world today in need of corrective eyewear. In the developing world, where the need for vision care is comparable but access to it limited and expensive, the disconnect is an obstacle for everything from basic safety to education. It’s preventing large—and growing—numbers of people from being able to read, operate vehicles or machinery, which many of the highest-paid service jobs may require, or even, in the most severe of cases, take basic care of themselves.

The solution, it seems, would need to be two things: inexpensive but not cheaply made, so that it’s affordable but also durable enough to withstand more physically demanding lifestyles and environments, and so simple to use that it doesn’t necessitate aid by a medical professional, which may often present a whole obstacle of access and cost. And never is design more potent a solution than when addressing a problem of both form and function such as this. 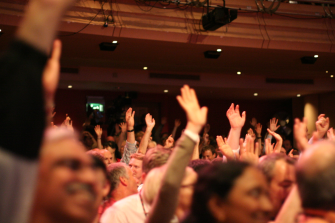 Over the past couple of years, a number of promising designs have made strides to revolutionize corrective eyewear. In 2008, British NGO Adaptive Eyecare Limited introduced AdSpecs (short for “adaptive spectacles”), a line of inexpensive, self-correcting glasses that cost around $19. Prototyped in 1985, there are now 13,000 pairs in use. When creator Josh Silver of the Center for Vision in the Developing World demoed the glasses at last summer’s TEDGlobal conference (ironically, at a session titled “Seeing Is Believing”), he asked the audience – Westerners of above-average privilege, who can stomach a $6,000 conference ticket and roundtrip airfare – for a show of hands to see how many people wore glasses or contacts. Almost all hands were raised, demonstrating with all the greater urgency the need for affordable vision health in populations living on $1 a day. 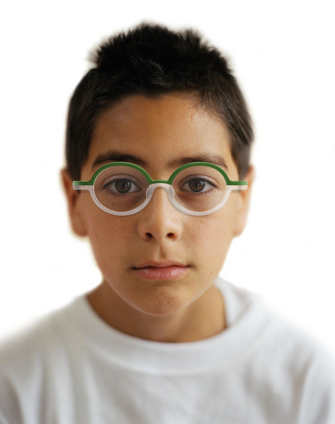 Just last week, industrial design prodigy Yves Behar—perhaps most famous for designing the XO laptop for Nicholas Negroponte’s One Laptop Per Child project—unveiled Collección Escolar 2010—a line of corrective eyewear developed under the See Better to Learn Better program in partnership with the Mexican government aiming to provide glasses for Mexican children for whom vision problems lead to education problems. According to government statistics, 11% of students in Mexican classrooms need corrective eyewear and in some states, this number is as high as 70%. Yet standard eye exams and eyewear are prohibitively expensive for many Mexican families, and a sociocultural stigma about wearing glasses adds to the complexity of the problem as many kids who do have glasses refuse to wear them to avoid ridicule.

To combat all sides of the issue, Behar’s studio created a pair of eyeglasses inspired by the philosophy and design principles behind the xo laptop—customization, durability, and a fun design that makes kids who need to use them want to use them. Two-part frames that come in different colors allow kids to mix-and-match different tops and bottoms for a total of 49 possible color combinations. Adjustable and interchangeable nose pads make the glasses equally comfortable for children with different-sized noses and remain comfortable as kids grow. An innovative Gilamid plastic polymer makes the frames practically indestructible.

The glasses are distributed within schools, where the program administers free eye exams and gives kids a “look book” catalog to inspire them to play with the glasses and experiment with the different possible design combinations. 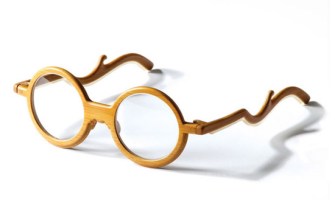 Of course, the most holistic design solutions today approach health in its broadest, most inclusive sense—not just human, but also environmental. While using design as a problem-solver for a human need is great, it’s even better if this isn’t at the expense of the environment. That’s where the Ming bamboo glasses come in. Developed by Chinese designer Chen Chun-Hao and bamboo artist Huang To-En for Yii Collection, these frames are not necessarily designed with the developing world in mind, but they do offer a glimpse of what sustainable eyeglass design could look like. Made entirely from bamboo with a patented hinge developed by Huang To-En, the glasses are inspired by the silhouettes of furniture from the Ming dynasty and offer a case study in the potency of aesthetic and materials minimalism.

A perfect design solution to for vision health in the developing world would borrow elements of all three of these approaches: It would combine the DIY prescription appeal of AdSpecs, the durability and enjoyable-to-use aesthetic of Behar’s frames, and the sustainable minimalism of the Ming bamboo glasses—a fitting testament to the age of collaboration. Because in order for design to live up to its highest ideals as a force of social good, it has to—must—foster a cross-pollination of ideas between designers and scientists, a dissolution of silos and a desire to replace the proprietary with the pro-social.

Questioning isn’t just a way to get the right answer — it’s also a means for sustaining relationships and creative thinking.
Up Next
Culture & Religion

We love our American President for his gift with words, and we learn from him in how he uses them—in articulating war, in assailing Wall Street, or even in making […]