Is Your Negativity Getting in the Way of Your Creativity?

Do your meetings and brainstorms always end with a pile of decimated ideas? Learn to overcome negativity bias and obstructive tendencies. 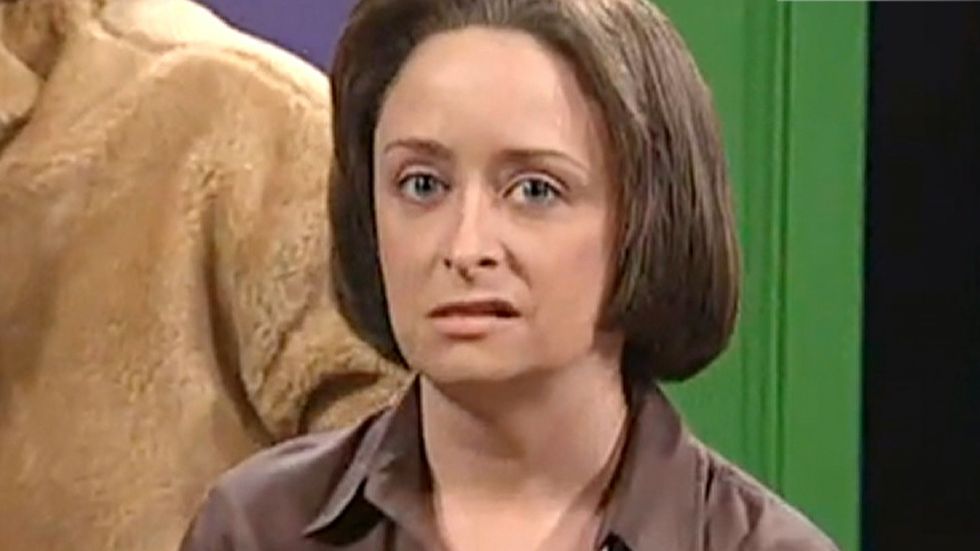 We all know a Debbie downer. That one person that always knows what could go wrong, and lets you know about those horrible things as soon as you propose any new idea. They rarely have anything in the way of new proposals, but they know for sure that your idea is the worst thing they've ever heard. Why do they still make people like that? Wouldn’t optimism be better for everybody?

But, what if we told you that their tendency to bring everyone down is really a survival skill—one that drove human evolution.

Adam Hansen, author of Outsmart Your Instincts, argues that our early human ancestors without food surpluses found that the status quo of what worked well enough was much preferable to taking risks with any chance of failure. The DNA that we have is that of the survivors, the ones who didn’t take large risks and lived to tell the tale. “We are the descendants of the savants of risk aversion,” Hansen claims. This negativity bias is irrational but is a bias towards caution, which is a tendency we still value, as evidenced by our idioms of “curiosity killed the cat,” “better the devil you know,” and, “leave well enough alone.” The negativity bias is a well-studied and heavily documented phenomenon with implications for nearly every aspect of our lives. One area where it affects us daily, almost without our noticing it, is in our decision making. Nearly all people are more risk averse than they think they are.

In one study, young children took part in response inhibition activities. Half of them were rewarded for the desired behavior, and half were punished (by taking away a visible reward) for failure. It was found that punishment was more effective at getting the children to follow along at all age levels than reward was. Another study showed that we view the loss of resources as being more important than the gain of resources, even when the amounts in question are similar.

Of course, not everybody is pessimistic all the time, so you can overcome the negativity bias.

Understanding your biases is the first step in overcoming them. The idea that humans are perfectly rational beings is a fairly new one, historically speaking, and becoming aware that your first instinct is going to be irrational is the second step. Julia Galef, co-founder of the Center for Applied Rationality, makes the case that you should never accept your brain's first answer to anything. "Your brain is lazy," Galef says. "Don’t take it personally, my brain’s also lazy. Everyone’s brain is lazy. It’s how the human brain is built."

Hansen too calls negative reflexes "cognitively lazy". It's much easier to say something is wrong than to think about how it could become right. While it takes cognitive effort to reject your first impulse and make the more rational or helpful observation, it is one that can offer huge dividends.

The best solution to the problem is feedback, says management expert Jennifer Brown. Being aware of when you do get hung up on the possible negatives more than you should is the best way of starting to view the negatives in the right proportion to their reality. She has a similar suggestion about how to overcome confirmation biases. For Adam Hansen, the solution is to work on new habits. While your instinct will be to find the fault in a new idea straight off, try finding what you like about it first. Old habits die hard, but it can be done. He also recommends that businesses ban the phrase “I don’t like it” in meetings, unless it comes with further explanation.

"Every idea is really a compound of ideas. It has all these facets, all these little pieces, and so even if it’s a horrible idea overall, you can still isolate something in there [that you like].

What value could be there? What benefit could come out of this? And what potential are you starting to see because you’re not dismissing it out of hand? Once you start considering ideas for the provocative value, maybe more than just their immediate merits, really cool stuff starts to happen. Every idea can become this multiplicative force, and now I’m not building a shrine to this one idea. I’m simply using it to help me come up with even better ideas. Once you’ve done that, your mind is in a much better frame to take on the problems with the idea, the very real issues," Hansen says.

While we all tend to view negative outcomes as more severe than they are, and view the whole as less positive than the sum of its parts, we can overcome this ancient irrationality with feedback, reflection on our actions, and a new vocabulary of "How might we..." or "That's great, and..." that opens up possibilities rather than shooting them down. Overcoming the negativity bias we all share can be a profitable change.

Read the full interview with Adam Hansen over at Heleo.