Without owners, corporations run amok -- like children without a chaperone. 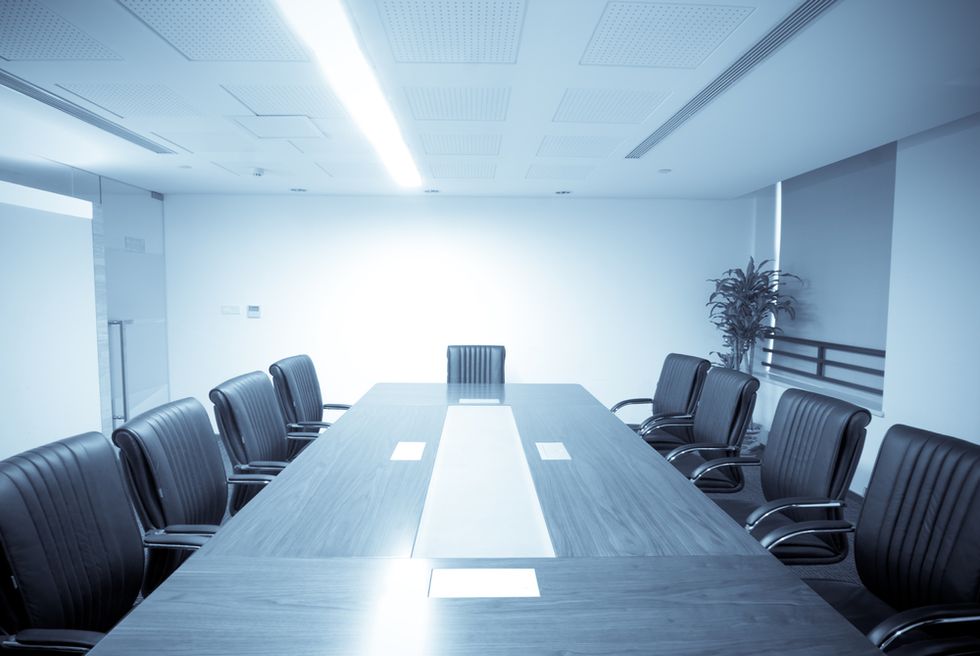 We have a problem with absentee owners. Remember several years ago when, under the Clinton Administration, there was pressure on absentee fathers to bear responsibility for caring for their children? We have the same problem with corporations. But in this case there are no parents at all. No oversight and no one making sure that corporations and management act sanely and responsibly.

Ownership has become more diffuse and corporations now have only a nominal accountability to any identifiable ownership. By identifiable owner I mean a shareholder or a group of shareholders who are willing to accept the responsibility of being stewards and monitoring the functioning of the corporation. It's a case where the word "owner" communicates an incorrect and even harmful impression. Traditionally, the shareholder register consisted of a group of the names of individuals who owned stock in that corporation. As a practical matter today, it's almost beyond belief that you would find the name of an individual on a shareholder register.

Most of us who have ownership in corporations these days -- many of us through retirement plans, 401 (k) plans, IRAs, mutual funds and things like that -- don't really "own" stock in the sense we own things like our house or car. There are many different types of shareholders and the interests of the different parties are not compatible. Ira Millstein came up with a very appropriate metaphor describing share owners as being like the animals in a zoo. Yes, they're all animals but my goodness, they are more different than they are alike.

So, without traditional owners who run the company we must rely on large managing shareholders like pension plans or trustees of funds and endowments to take on the role of owners. But they haven't. These are the absentee owners. And without owners, corporations run amok -- like children without a chaperone. There's no accountability and decisions are made without regard for consequences. That's why in my new book, Citizens DisUnited: Passive Investors, Drone CEOs and the Capture of the American Dream, I call these ownerless entities corporate drones:

They are analogous to the military vehicles that have enormous power and capacity for good and ill. They insulate operators from risk while casting vast externalities and costs onto society.

Want an example? Look at the large banking institutions in the mortgage bubble and financial crisis. We don't even know who owns them but we can certainly name the CEOs. Nearly all of them came out of the crisis quickly, made profits and gave bonuses to upper management while the rest of society is still struggling with underwater mortgages and unemployment. Who bailed the banks out? We did. Their problem. Their fault. Our responsibility.

This is externalizing at its core: putting the problems and responsibilities of corporate operations off onto society while keeping the benefits and profits for themselves. I think this raises the question as to the appropriateness of corporations that do not have an identifiable owner. It has become increasingly clear to me that it's very dangerous to have these ownerless corporations -- drone corporations -- and that there needs to be a way of dealing with the problem of the risks that they present. The author Chrystia Freeland said the U.S., "has created a system of capitalism without capitalists, of private sector companies whose owners have abdicated responsibility for the companies that belong to them." Someone has to take the wheel.

So, about now you're asking who can do this. Who has enough shares, enough clout and enough status to lead the charge? This is what I lay out in the book: foundations and university endowments have particular missions to improve the lot of human beings on earth -- and I believe this implies that they also have responsibility to be stewards of the companies they own. The large foundations like the Gates Foundation, Ford Foundation, Packard Foundation and the university endowments like Harvard, Yale, and Stanford have enough shares and enough standing to be leaders. Along with the large pension funds and mutual funds, these are the groups that manage a vast percentage of our nation's wealth.

At the end of the day, we don't need everybody in all categories of ownership to join in. We just need a few of these organizations to work together so that every corporation has at least one group of effective functional motivated owners to act as stewards and provide that element of accountability that is essential for corporations to exist harmoniously in a democratic society. As Warren Buffett has said, "If you had the top five institutional investors, and when they saw something outrageous the five of them spoke together . . . the world would change."5

Robert A.G. Monks, author of Citizens DisUnited: Passive Investors, Drone CEOs, and the Corporate Capture of the American Dream and 8 other books, is a pioneering shareholder activist and corporate governance adviser. He has written widely about shareholder rights & responsibility, corporate impact on society and global corporate issues. Visit http://www.ragm.com/citizens-disunited