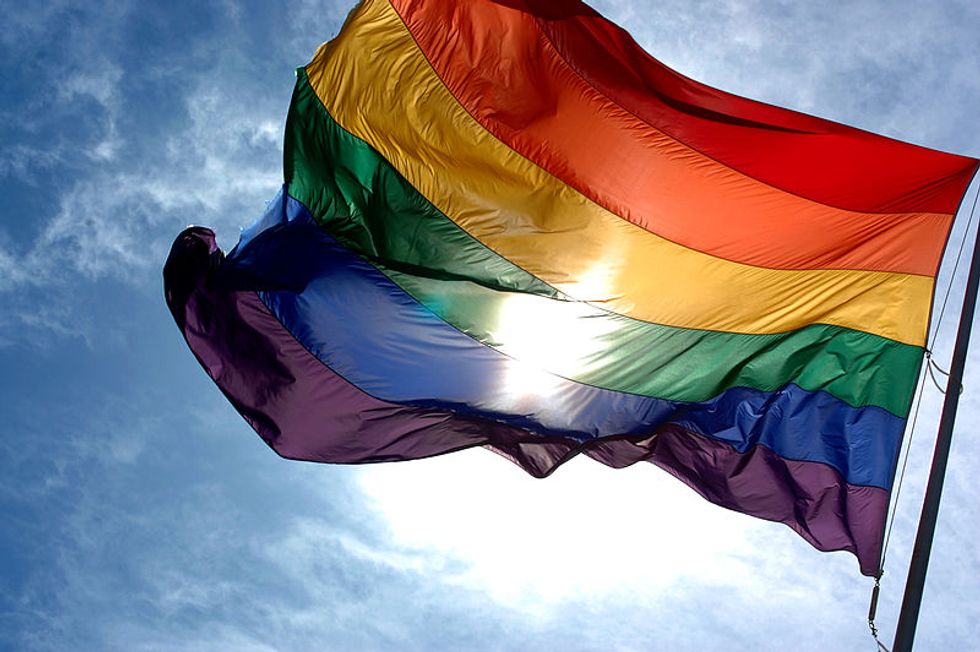 Yesterday, Republican politician, conservative advocate and definitely not-a-witch Christine O'Donnell "walked out" on an interview with CNN's Piers Morgan. She was there to promote her new book, Troublemaker, when she took umbrage with a rather routine question about gay marriage, cut the interview short and accused Morgan of being "rude." It's an accusation that holds no water. But Morgan did find a soft spot.

The interview is pretty standard stuff. Morgan lets O'Donnell set the tone for most of the running time and he even tells a story about a previous meeting between the two at which he taught her to make a "proper English breakfast tea." It's all quite cozy.  Most of the interview is simply letting O'Donnell talk about her book and her views on various issues. It's in the second half where things go off the rails.

Morgan then asks, "What is your view of gay marriage, for example?"

And it's off to the races from there. Morgan wonders why she won't give a firm answer on gay marriage and O'Donnell keeps saying it’s in the book, and even though she wants to talk about the book, she won’t talk about that part of the book. Then, seemingly prompted by her off-camera handlers (one of whom stepped in front of the camera to block its view, becoming an on-camera handler), she ends the interview. But she doesn’t walk off the set – she sits in her chair confused and giggling, presumably waiting for someone to tell her where to go.

That’s the thing she doesn’t want to talk about.

Is it because she’s secretly for same sex marriage?

Curiously, O’Donnell has dodged gay issues before. Last year, when asked about Don’t Ask, Don’t Tell by a young gay Republican, O’Donnell indicated that she hadn’t thought much about it and that some of her campaign workers were gay.

She neglected to mention that her own sister is gay.

If O’Donnell is for gay marriage, Morgan’s refusal to move on from the question puts her in a tough position. She could say she’s against it but this would be a lie and O’Donnell has gone on the record about her distaste for lying, even telling Bill Maher back in 1997 that she would not lie to protect Jews from the Nazis because “You never have to practice deception. God always provides a way out.”

If she admits that she is for gay marriage, she loses book sales to her intended audience, the Tea Party. Tea Partiers view gay marriage slightly less fondly than gun taxes.

By saying nothing, O'Donnell doesn't lie and she doesn't hurt her book sales. It's a win-win for her. Her kryptonite turns out to be the truth.

Morgan later went on Anderson Cooper’s show and reflected on the incident. “I found it odd that she would use that particular moment to leave because I think on reflection, when she looks back at this, it looks like she has something to hide. In other words, her view may be so extreme or contentious that it would cause her political damage.”

Maybe he’s right. Just not the way one would think.

Could 'UFO' on the ocean floor really be the lost city of Kvenland?