Is 3D Printing Technology a Supervillain's Best Friend? Or How I Stopped Worrying and Learned to Love the Drone

I just pictured Dr. No standing before his fleet of snap-together drone planes cackling about how James Bond will never stop his unmanned aerial assault on Washington D. C. 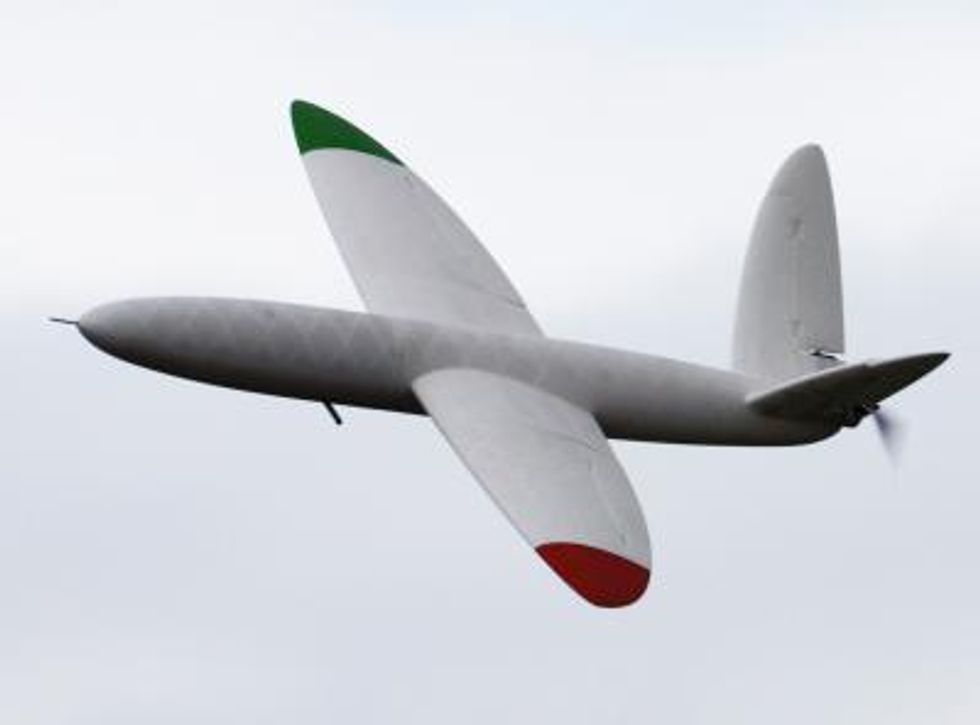 Engineers from the University of Southampton built a drone aircraft from parts printed on a 3D laser printing machine. They entered each part's specifications and the machine printed out all the pieces by building up layers of plastic or metal until each part was complete. Then they took the parts and snapped them together in minutes like a simple airplane model and they had themselves an unmanned air vehicle (UAV). Add a battery and a piloting system and you're ready to go. From nothing to airborne in a day.

Very cool. And it scared the hell out of me.

I have nothing against the fine people at the University of Southampton. They’re just pushing the envelope of what’s possible with a new and exciting tool. And 3D printing technology will probably bring about a worldwide revolution in the way products are manufactured and distributed.

But it still gave me pause. I just pictured Dr. No (insert your own supervillain here) standing before his fleet of snap-together drone planes cackling about how James Bond will never stop his unmanned aerial assault on Washington D. C. And why stop with drones? How complicated is a stinger missile? A bazooka?

Maybe I’m paranoid. I’m not going to argue with you. It’s how I got this job.

And maybe I read too many pulp fiction novels and comic books as a kid. Again, guilty. A madman’s fleet of computer-printed flying bombs sounds like something out of a Doc Savage novel and would probably make a pretty good Wesley Snipes movie.

It still spooked me, though. I tried to talk myself off the ledge. Surely, the cost of these machines is prohibitive for your average supervillain on a budget, right? Well, no apparently. Industrial machines range in price from $10,000 to $100,000. That’s pocket change to a guy with a secret lair under a volcano. It’s still pretty affordable if his secret lair is under a Shell station. You could put that on a credit card.

In fact, you can buy a home version of this technology for only $1,300 - about the price of a small used car. And once you purchase it you can make a small car with it, sell the car, and break even.

This all sounded rather unlikely though. I was starting to calm down.

And then I heard about Fumiyuki Sato, a research engineer at Japan’s Defense Ministry Technical Research and Development Institute. Mr. Sato has decide that little things like wings were slowing down the world domination of our new drone overlords and designed a spherical flying drone that doesn’t need wings at all.

What a guy who controls flying spheres may look like.

The Sato drone cannot yet be flown in areas where the operator can't see it (meaning it can't fly in your window and surprise you in the bathroom) but a self-contained guidance system can't be far behind. If I can have Gary Busey give me directions on my GPS surely science can figure out a way to direct a flying drone sphere into my bathroom while I'm taking a pee. And if they can make the drone yell at you in Gary Busey's voice while you pee they will have pretty much conquered earth.

Still, as I said, this was all getting pretty far-fetched. My fears were abating. A world full of drones operated by supervillains seemed unlikely and I was a little bit embarrassed that I even thought of it.

Leave it to Rupert Murdoch to scare me straight. In addition to Murdoch's recent troubles involving phone hacking, bribery, and assorted skullduggery, one of his media holdings is also under investigation for illegal use of a drone aircraft. The FAA is investigating Murdoch's iPad publication, The Daily, for possible misuse of airspace by a drone outfitted with a video camera. Murdoch's people claim it was for gathering flood footage but other possibilities include using facial recognition to spy on people or phone hacking.

So my paranoid fantasies have led me to a real-life scenario where a morally dubious foreign billionaire possibly has an army of drone aircraft that he's using against the citizens of the United States.

Which really does sound like the plot for a movie. You know who would be good for the part of the crazy billionaire supervillain?