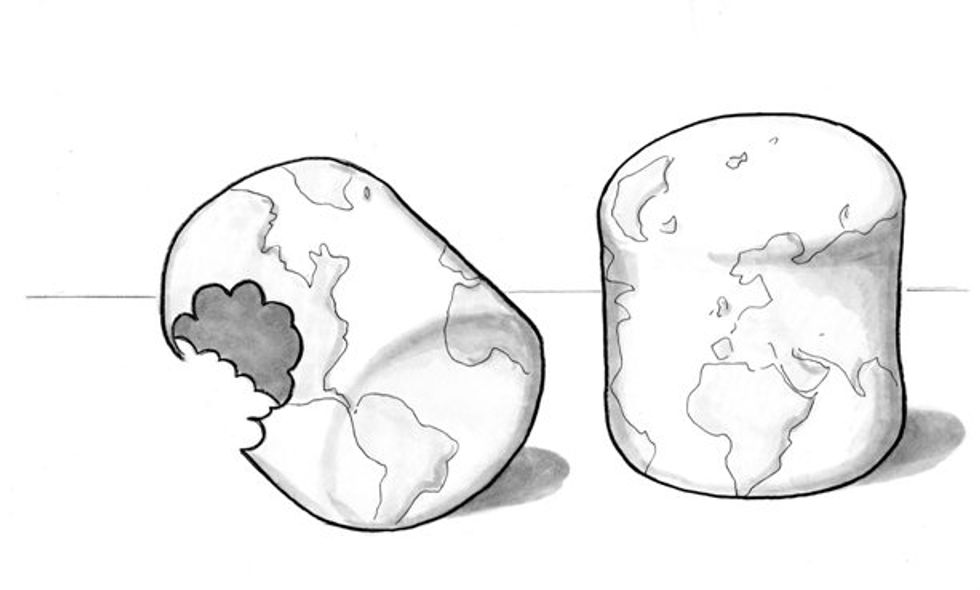 3. Mischel favors two metaphors: (a) Hot-vs.-cold brain systems pit self-command against impulsiveness. (b) Self-control is like a muscle (trainable, depletable). But Mischel notes Pinker’s “single capability” can mean strong “willpower in one situation, but not another.”

4. For economists now-vs.-later means “discounting” future utility = a “self-evident propensity to value more highly… an asset today… than the same asset… in the future” (Alan Greenspan).

5. Psychologists like Pinker say we rationally “ought to discount the future” (though not too steeply, or unhealthily).

6. But should all future assets be “discounted”? Is a future breathable atmosphere wisely discountable? Should our unavoidable future needs be lessened? Or given great weight in decisions? (See the logic of needism).

7. Future discounting’s most dangerous form is the “net present value” technique, now widely used in cost-benefit analyses. NPV uses a “discount rate” to calculate a current worth for a stream of future revenues. Seems rationally sophisticated? But it’s often only structured guesses plugged into a spreadsheet. Here’s a rare calculo-guesswork confession: Banks = “a collection of guesses.”

10. Markets work by aggregating decisions, prudent or not. Nothing prevents them from aggregating imprudence (sometimes spreading its effects to even the prudent, e.g. unhealthy diets increase health insurance rates for healthier eaters).

It’s time we got our time priorities straight. Cultures vary in their future-orientedness. But no culture that “discounts” its future needs has much future. If we don’t become systemically more future oriented, we’ll continue to let markets, the most powerful social forces on Earth, deplete that Earth. Anybody got a second marshmallow-Earth? (See also plot of Interstellar).