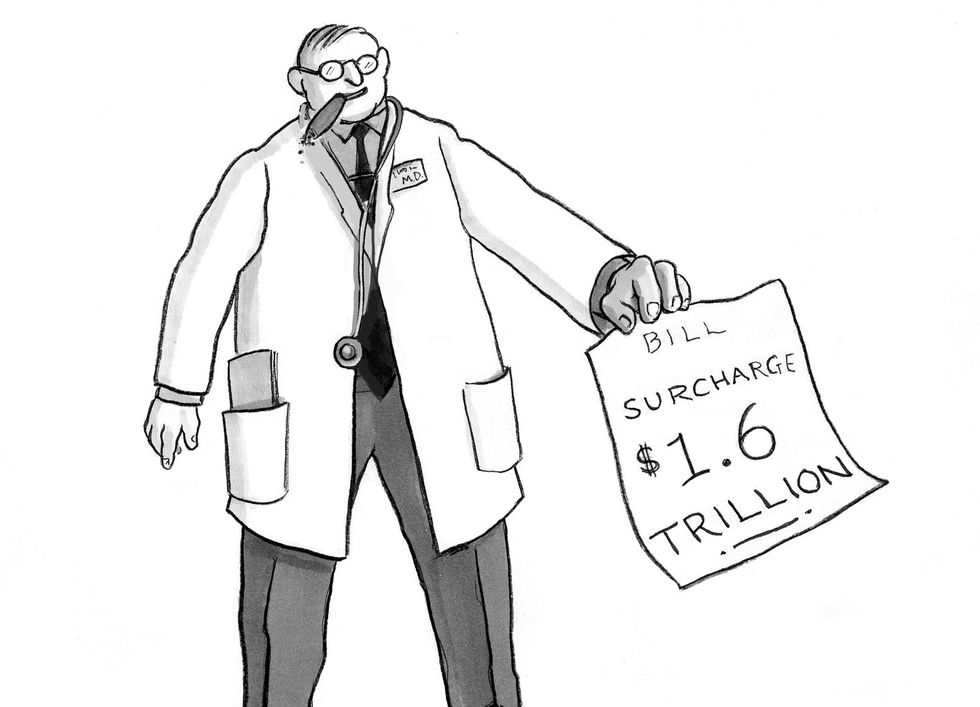 JB: Your latest NYT piece diagnoses America’s healthcare as both overspending and underperforming. What are the numbers?

RF: America spends ~$9,800 per person per year; that’s ~$5,000 above the rich-nation average. Yet that extra $1.65 trillion buys the OECD’s worst lifespan, and infant and maternal mortality rates.

JB: Where does that shocking trillion-dollar-plus overspend go?

RF: Administrative costs are 600% higher for private insurers versus single-payer plans. But the biggest factor is sky-high American prices—coronary bypass surgery costs 300% more than in France, and a day in hospital is 1200% costlier than in the Netherlands.

JB: Don’t we have the OECD’s most market-oriented healthcare? Don’t trillion-dollar excesses refute the markets-deliver-efficiency faith?

RF: Market competition can deliver benign results only under certain conditions, and in health care, many of those conditions just aren’t met. I’ve explained factors like “adverse selection”, regulatory problems, and consumer-choice complexities here. Those (and problems like for-profit insurers denying payment for what their policies ostensibly cover) essentially disappear under single-payer (orderly Medicare-for-All transitions are described here and here).

JB: So, the same self-interest that “self-organizes” markets can, in reality, become collectively pathological. You say we can cure this “national embarrassment without requiring painful sacrifices.” How can we overcome the self-interest of overspend-profiteers?

RF: My remark about no “painful sacrifices” was about citizens. Since the overall cost of single-payer would be so much lower, a switch would save money for most taxpayers. Those savings from reduced payments to vendors would mean doctors and administrators earn less. But how painful would those sacrifices be? Lower-paying OECD countries have no shortage of health-care professionals. And doctors at non-profit clinics like Mayo, Cleveland, and Kaiser, who earn substantially less than their fee-for-service counterparts while delivering measurably better patient outcomes, nonetheless seem quite content. Some doctors (like those profiled here) would no doubt object, so I should have said that just a “few painful sacrifices” can cure these glaring inefficiencies.