The Future of Computing Power (Fast, Cheap, and Invisible)

In just a few years, basic microchips will be so cheap they could be built into virtually every product that we buy, creating an invisible intelligent network that’s hidden in our walls, our furniture, and even our clothing. 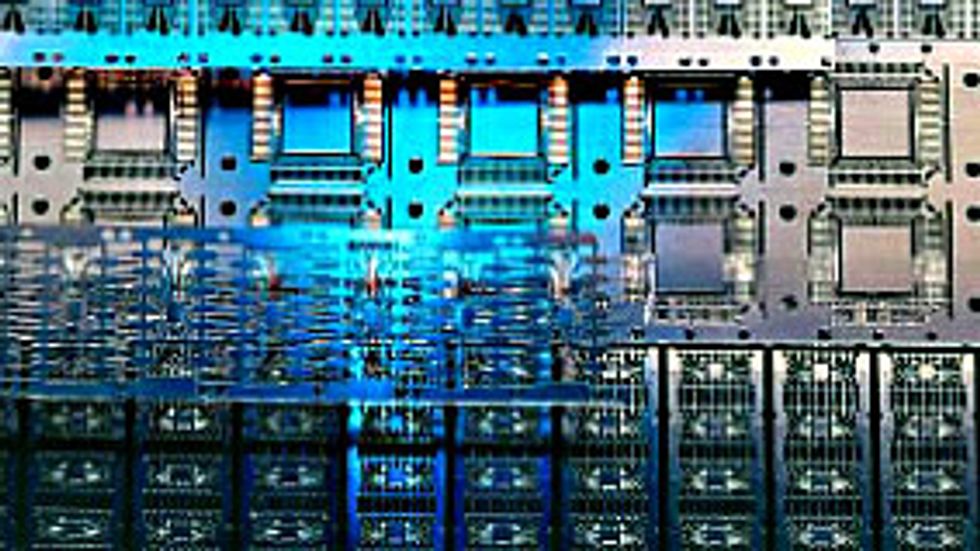 Back in the 1960s the IBM 1401 was both state of the art and an engineering marvel. It filled up an entire room and weighed thousands of pounds; in today’s money it would cost about $1.5 million. The old 1401 could perform just over 4,000 calculations per second and at the time was virtually unmatched. Nowadays, the average mobile phone has a microchip about the size of your fingernail and can perform about 1 billion calculations per second.

Here are a few examples of famous predictions about computers that will surely go down in history.

The exponential growth of computing power is utterly astonishing and will profoundly reshape all of human civilization. The most spectacular thing about it is the fact that our generation is smack dab in the middle of all of these transitions. By the year 2020, a chip with today’s processing power will cost about a penny, which is the cost of scrap paper we throw in the garbage. Children are going to look back and wonder how we could have possibly lived in such a meager world, much as when we think about how our own parents lacked the luxuries—cell phone, Internet—that we all seem to take for granted. Our world is already much, much smarter than 10 years ago and as computing power doubles every 18 months, it’s propelling us towards a radically different future.

Engineers are already designing driverless cars that rely on Global Positioning Systems (GPS) and laser sensors to avoid obstacles autonomously. Some driverless car concepts (which are functional to an extent) achieve these feats with the power of about 8-10 ordinary desktop computers. I actually had a chance to ride in one of these autonomous vehicles in North Carolina while filming with the BBC.

Similarly, in the not too distant future, our streets and highways will contain embedded computer chips that manage traffic, turning what once seemed a futuristic fantasy into reality. (If you’ve ever seen the movie "Minority Report," set in the year 2054, you'll remember the cars that simply drove themselves, allowing Tom Cruise to multitask without having to watch the road.) All the vehicles on the road will essentially speak with one another, and I believe that in the future, the words "traffic accident" and "traffic jam" will simply disappear from the English language.

By 2020, computer intelligence will be everywhere: not just in the cars and the roads, but practically in every object you see around you. In the past three decades alone, there have been a tremendous amount of changes in this regard. Microprocessors in essence have been around since the early 70’s, but it wasn’t until the 1980’s that the microprocessor war really started to accelerate. In fact, some of the first 32-bit designs were found in Apple’s Lisa, Macintosh, and even the Commodore Amiga.  The 1990s, as you know, was the decade where computing power really started to take shape. This was the decade of networking, when we began to hook all of our computers together, breathing life into the World Wide Web on which you are reading this blog post. We are now at a point in our lives where computers are everywhere: in our phones, televisions, stereos, thermostats, wrist watches, refrigerators and even our dishwashers. In just a few years, basic microchips will be so cheap they could be built into virtually every product that we buy, creating an invisible intelligent network that’s hidden in our walls, our furniture, and even our clothing. Some of you may even have microchips in your dog or cat, acting as a digital collar in the event they become lost.

You may have heard the term RFID (or Radio Frequency Identification), which is a tag that’s usually incorporated into a product, animal, or person for the purpose of identification and tracking using radio waves. RFID tags are starting to pop up virtually everywhere, and you may not even have noticed it. Grocery stores, for example, have already started implementing the use of RFID technology in a large array of pilot stores. When you reach the checkout there will be no more taking out each item and placing it on the conveyer belt. The RFID tags on each of the items instantly transmit necessary data about your cart full of groceries, completely doing away with the checkout line. This technology is of course still in its proof of concept phase, but I wouldn’t be surprised to hear that it’s perfected in the next few years. In the past decade or so, there has been an explosion of RFID technologies: a new report from market intelligence firm ABI Research predicts that the overall RFID market will exceed $8.25 billion in 2014, or approximately $7.46 billion with automobile immobilization excluded. That would represent a 14% compound annual growth rate (CAGR) over the next five years.

We are moving from an age of scientific discovery to an age of scientific mastery, and the generation now alive is the most important one in all of history. People tend to forget that we have a front row seat as all of these changes are implemented and how they will reshape the future. Hold on to your hats because the next decade is going to be a thrill ride! The advancement of computing intelligence is just the beginning; it's what we choose to do with it that will mold the future.