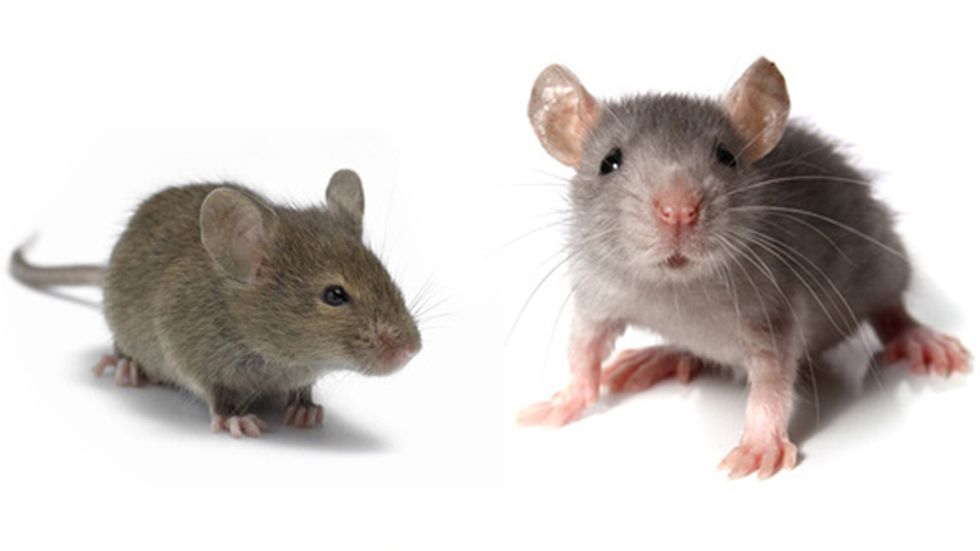 While we still haven't quite discovered the fabled Fountain of Youth, a major breakthrough was recently made toward the goal of eternal life. Scientists at Harvard Medical School have discovered that the enzyme telomerase seems to reverse aging in mice.

Inside every cell is a "biological clock"—every time a cell divides, the chromosomes containing our DNA get shorter. At the ends of each chromosome are the telomeres, which are like the tips of our shoelaces, signaling the end of the line. Skin cells, for example, divide about 60 times over their course of their lifespan. When the telomeres become too short after 60 divisions, then the chromosome stops acting properly and eventually dies. This is called the Hayflick limit. So they are, in some sense, programmed to die.

However, if we apply the enzyme telomerase to these aging cells, the cell repairs the damage to the telomeres. In a petri dish, scientists previously showed that human skin cells, when exposed to telomerase, become immortal—they can divide thousands of times, breaking the Hayflick limit. Although the immortalization of human skin cells seems remarkable, we should note that cancer cells are also immortal (and, in fact, that is the reason why they eventually kill us). Cancer cells also use telomerase to repair damage to their telomeres, thereby overcoming the Hayflick limit.

At Harvard, scientists created a strain of mice which did not produce very much telomerase. As expected, these mice suffered from a series of problems associated with aging, such as damage to their internal organs, shrinking of brain tissue, loss of vigor, et cetera. But these scientists then discovered that by injecting an agent which stimulated the production of telomerase, they could re-invigorate these aging mice. The effects of age seem to be reversed, which is a truly sensational result.

But what does this mean for human aging? In the short term, not much; there are many hurdles that still must be overcome. As mentioned, telomerase can stimulate cancer, and hence has to be monitored very carefully. Second, spectacular results that are demonstrated in mice often do not translate to humans. Third, this result has yet to be duplicated by other research groups. And finally, the FDA will certainly demand rigorous and lengthy testing before any commercialization of this technology is possible. So the result is remarkable, but its human impact will remain unclear for years to come.

In the meantime, scientists are investigating other approaches to counteracting the effects of aging, including:

a) Caloric Restriction: By reducing normal food intake by 30%, the life span of most animals can be extended by 30%. (Although this invariably works on animals, it has not been proven to work on humans).

b) Resveratrol and Anti-Oxidants: Certain chemicals seems to reverse the damage caused by oxidation, which causes us to age.

c) Genetic Research: Genes such as SIR2, AGE-!, AGE-2, and a host of other genes have been shown to influence the aging process.

d) Bioinformatics: By analyzing millions of genomes from the elderly and comparing them with the genomes of young people, one might be able to isolate precisely where aging takes place in our cells.

e) Mitochondria: Aging in a car takes place mainly in the engine. Similarly, aging in the cell takes place in its "engine," the mitochondria.

Contrary to the ads we constantly see in drug stores, we can't currently reverse the aging process. But real, testable, falsifiable results are now coming out of laboratories, so it's a good bet that we might be able to stop and perhaps reverse some aspects of aging in the future.