The Four Immortality Stories We Tell Ourselves 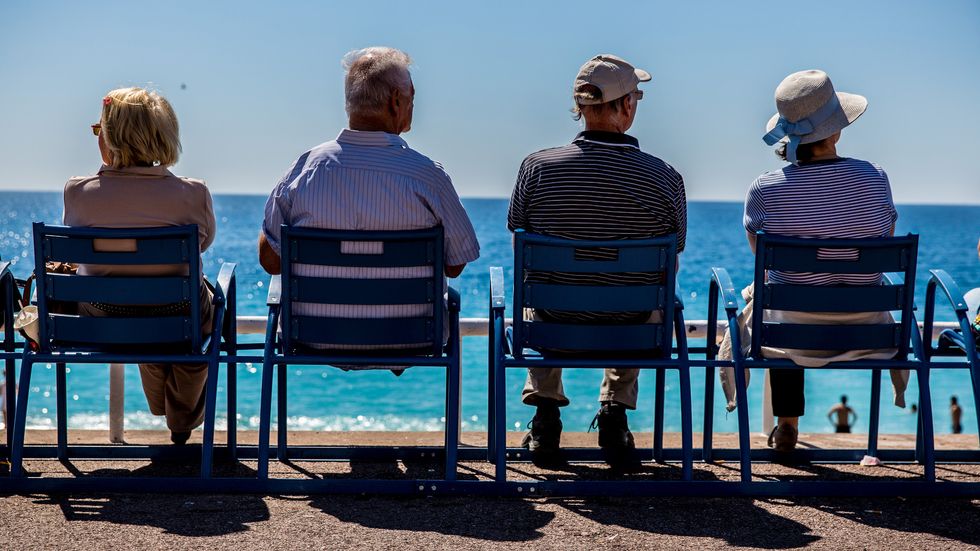 Since the moment humans became aware of their existence, they have been haunted by the knowledge that it will inevitably come to an end and the hope to change this unfortunate fate.

This month, during Brain Bar Budapest – Europe's leading conference on the future – Stephen Cave talked about the four immortality stories we tell ourselves and how they are changing in the context of new scientific discoveries and technological advancements. Stephen Cave spent a decade studying and teaching philosophy, and was awarded his PhD in metaphysics from the University of Cambridge in 2001. He is Executive Director of the Leverhulme Centre for the Future of Intelligence and Senior Research Associate at the University of Cambridge.

Thinking about our own mortality has significant effects on the mind. Studies show that when people are reminded that they are going to die, those who are religious become more religious, those who are patriotic, become more patriotic – whatever makes up the core of their worldview, they defend it more aggressively. They are also more likely to believe any kind of story that tells them they may live forever.

We need to tell ourselves stories that deny the reality of death so that we can manage the paralyzing fear of death. In social psychology this is called terror management theory (TMT) – where humans embrace stories, cultural values, and symbolic systems to alleviate the fear of death. Stephen Cave points out that civilization as a whole can be viewed as a collection of life-extension technologies, the motivation for its existence being again – immortality.

In the age of unprecedented technological advancements, stories about how new scientific discoveries will extend our lives abound in our cultural narrative. As new as these may seem they are nothing but upgrades of four basic narratives we've been telling ourselves for ages.

Immortality Story I: The Elixir Story

Almost every culture has some version of the story of the elixir of life or the fountain of youth. It is the most basic form of immortality story - avoiding death physically by staying young and healthy day after day and somehow managing to keep it up forever. To some extent, civilization has helped us do that - our ancestors had a life expectancy of 30-40 years, while ours has doubled. This longevity revolution is one of the most important ones in human history and thanks to science and technology perhaps we are on the verge of even another doubling of life expectancy.

To sober us, Cave reminds us that the ancient Egyptians believed exactly the same thing 4000 years ago, and the ancient Chinese believed it 2000 years ago – seeing their civilizations as incredibly advanced and believing beating death must be just around the corner. Cave urges us to be skeptical about these stories. Perhaps in our lifetime we will live till 120 or even 150 – an unprecedented technological marvel - but that is still far from eternity.

Physicist Geoffrey West explains why we don't live for more than 100 years: If we are not able to extend our lives indefinitely, there is the hope that even if we die, we could rise again and live again. We see a symbolic resurrection in nature every year with the changing of the seasons as well as a literal one in Christianity. But even if you don't believe that an omnipotent god could resurrect you, you can believe that omnipotent scientists and doctors could do the same in the future. As of May 2017, The Alcor Life Extension Foundation, for example, has 151 “patients" in cryopreservation – whole bodies or brains preserved in liquid nitrogen, awaiting a moment in the future when they could be brought back to life.

Here, Cave reminds us of Mary Shelly's Frankenstein – the creature that rises from the dead but has no identity. The resurrection story has a deep philosophical flaw – if a person seizes to exist and is rebuilt again, it is impossible to know if we are bringing the same person to life or we are creating a copy.

To save us from this philosophical flaw comes the story of the immaterial essence that lives on even after we die – the soul.

Immortality Story III: The Story of the Soul

If we embrace the idea of the soul, we can give up on the body altogether because our true essence becomes not a physical organism but an immaterial thing. Many thinkers from Plato to the Hindus have argued that the body is an obstacle to immortality and the main goal in life is to become pure spirit.

This story too is being reinvented by our technological age with the idea of mind uploading and scientific fields like Whole brain emulation (WBE). Organizations like Carboncopies hope to create accurate computational models of neural tissue at the scale of complete brains, as well as develop neuromorphic hardware to run simulations of these models.

According to Cave, as science progresses the idea of a separate immaterial soul is becoming less and less plausible, as we learn that the real "you" is dependent on your particular brain. As bits of the brains are destroyed, bits of the personality are destroyed as well. And it is not just the brain itself that makes up who you are but also the millions of chemical reactions that happen in the body to produce sensations and emotions.

Unable to save the body or the soul, we are left with the last immortality story, which says that the real you is a bundle of things, and as you die the bundle scatters but its elements can live on.

Here Cave reminds us of the story of Achilles who was given the choice to go home and live a long and happy life or stay in Troy, fight and die but be remembered forever as the greatest hero of all times. Many people have been inspired by the pursuit of immortality through fame and cultural legacy. Nowadays, technology gives everyone the means to instant fame, enables us to build our own statues through tweets and instagrams, and allows us to capture and preserve every moment of our lives.

But many consider this route to immortality far too indirect. Cave quotes Woody Allen who famously said:

Having run out of stories to keep us alive forever, in the end of his talk, Cave urges us to embrace a fifth narrative. He explains that the fear of death is based on a misconception, and while it is natural, it is not rational. He reminds us of the words of the Austrian philosopher Ludwig Wittgenstein:

“Death is not an event in life: we do not live to experience death. If we take eternity to mean not infinite temporal duration but timelessness, then eternal life belongs to those who live in the present. Our life has no end in just the way in which our visual field has no limits."

The fifth narrative is to look at life as if it was a book. Just like a book is bounded by its covers, our life is bounded by birth and death. However, even though a book is limited by a beginning and end, the characters in it know no horizons.

“You can only know what happens inside the covers – these are the moments of your life. It makes no sense for you to fear what is outside of these covers – before your birth or after your death. In fact, if you think how unlikely it is that the book of your life should have ever come to be written – all of the coincidences from the beginning of life that brought you here - the proper attitude is not fear that it might come to an end but gratitude that it should have been written at all. So there is no room to complain how short life is - the only thing that matters is that you try to make it a good story."