Are there limits to the truths science can discover?

Dr. Alex Berezow talks about the importance of communicating science in a clear and accurate way and why he turns to religion for the answers to some questions. 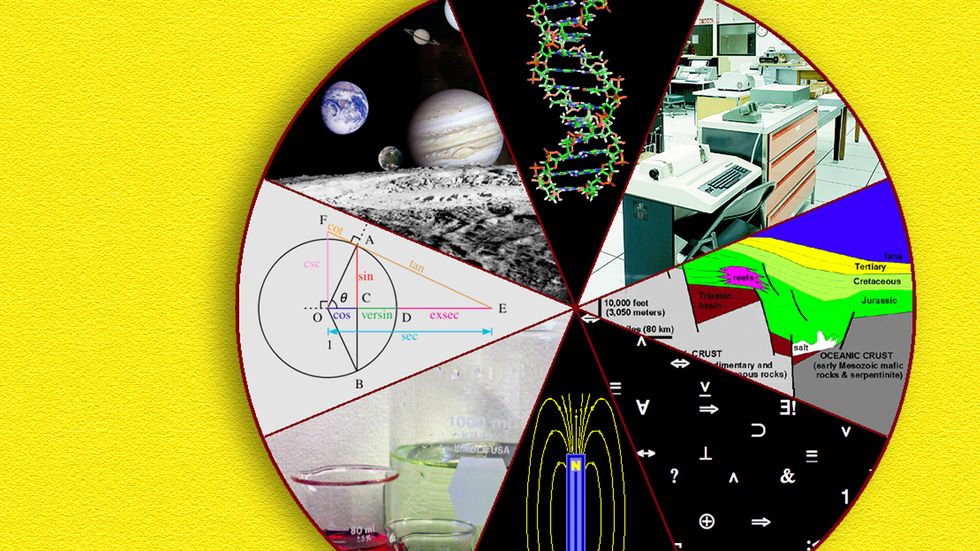 Science has revealed much, but it can't tell us everything. (Credit: Image Editor via Flickr/Big Think)

Dr. Alex Berezow is the author of Little Black Book of Junk Science, an easy to read pocket guide to debunking the most widespread anti-science myths out there, from the threat of artificial sweeteners to autism-causing vaccines. In his second book, Science Left Behind, Berezow argues that anti-science sentiment is not preserved exclusively for conservatives, but is also widespread amongst progressives who hold positions like aversion to clean energy programs (nuclear) or the unhealthiness of the “unnatural” (GMOs).

With a Ph.D. in microbiology and a passion for communicating science in a clear and accurate way, one of the first things Berezow tells me when I meet him at BrainBar is that journalists who do not have a background in science should not be writing about science. Period. I smile guiltily and proceed with my questions.

What are you fighting for?

My cause is science advocacy. In a world with so much fake news and so much bad science journalism, there needs to be a reasonable voice in science that says what is good and what’s garbage. I talk about popular myths, such as that the world is overpopulated or that we are all going to die from an epidemic.

What is the cause of bad science journalism?

What makes for bad science journalism is our need to get eyeballs onto websites. People would write the most outrageous headlines that don’t even closely reflect what the scientific research says because the truth is never nearly as exciting as the fantasy world. Most people don’t read beyond the headline, yet they still share the misguided story on social media.

The second reason is that you have journalists who don’t have any training in science, which is a huge problem. I think that journalists who have no background in science should not write about science. Period. And I think there are enough scientists who want to be writers so that this shouldn’t be a problem.

What is the purpose of science and who sets its agenda?

In my opinion, the purpose of science is to discover truth, but scientists are often restricted in what they can research because of how funding is set, which is not necessarily a bad thing. Science operates inherently conservatively because the money is limited. The problem is that really groundbreaking ideas have a hard time getting funded because there is no precedent. That is going to require some kind of government policy response. For example, one that I have heard of is to give unlimited funding to geniuses, to scientists who have an amazing track record.

It’s tricky, because policy isn’t just evidence-based, it is also philosophy-based; it should answer the question what the proper role of government is. In the U.S. we have a long libertarian tradition and people have a very inherent repulsive attitude to the government getting involved. But that attitude is different in Europe, where there is more of a collectivist mindset. So, it is not a partisan issue but a philosophical issue. But we need to rely on scientists and be sure not to turn scientific advice into a partisan advice. It drives me crazy when conservatives say that global warming is all fake or the left says that GMOs are dangerous. They have taken scientific advice and turned it into partisan politics. We need to reverse that. The politicization of science is a symptom of a bigger problem in society.

According to you, the ultimate goal of science is truth, but do you think that science has limitations when it comes to discovering all truth?

Yes. Absolutely. Science has nothing to say about ethics. If we were to follow science exactly as prescribed, we do things like eugenics. Science has nothing really to say about how we should treat other people. I am a religious person. I am a Christian. Science is the best secular source of knowledge that we have. If I want to know how humans evolved, I don’t go to the Bible, I go to science. But if I want to know why we are here and what we are supposed to do, then I go to religious texts, then I go to my priests. I think there are two non-overlapping magisteria—science, which is secular, and religion, which talks about the bigger questions: the whys, the questions kids ask, which are the hardest ones to answer.

Do you know where to draw the line? It’s hard. Because some areas are clearly both. Bioethics is both. You cannot make a decision whether or not to terminate a pregnancy based solely on science. What does science say about intellectual property or growing babies out of stem cells? Nothing. There are intersections where we have to interact with each other. Which is why when people say that philosophy is dead or that it has done nothing for us, that is such garbage. Because scientists and social scientists and philosophers, we have to be talking to each other.

Dr. Alex Berezow is Senior Fellow of Biomedical Science at the American Council on Science and Health. He is the founding editor of RealClearScience where scientists, not journalists, write about science.

BrainBar is Europe's leading festival on the future where "the bravest and edgiest thinkers of our time" meet every year to discuss the most exciting and controversial topics shaping our future.