Why We Need Philosophy Camp for Adults

Go back to school, Agora style. Philosophy can train us to respond to life's problems rather than merely react. One such training camp is coming to Baltimore. 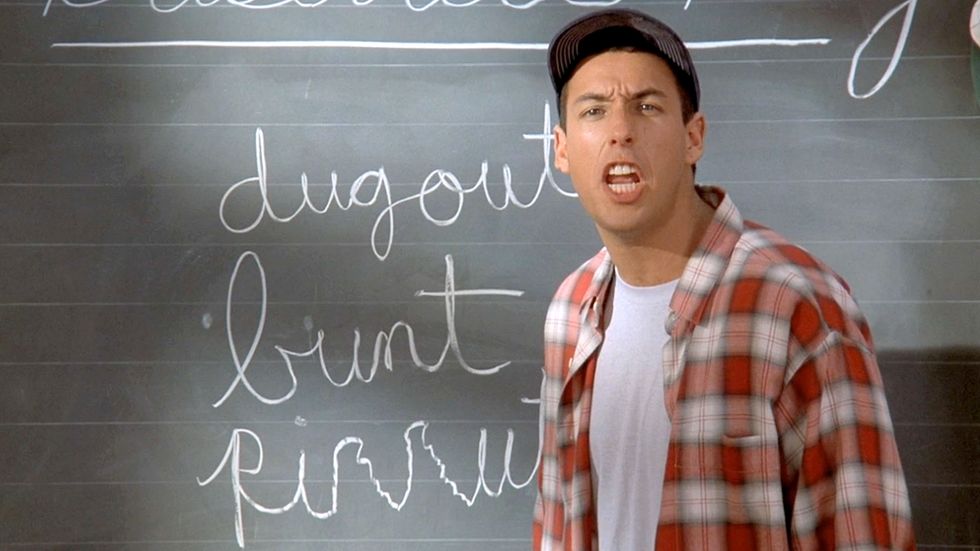 Consider this: you know that your best friend’s husband or wife is having an affair. Do you tell your best friend about the affair even if they don't ask you? And when you make the decision, do you consider the “ripple effect” of your actions? For example, who will be affected if you don’t tell? How about if you do? What moral principle or virtue are you exercising in each case?

Similar cases and questions are being discussed in the classes of Dr. Fred Guy, Director of the Hoffberger Center for Professional Ethics and associate professor at the University of Baltimore. Guy’s main goal is to inspire his students to think about philosophy and ethics and help them improve ethical decision making in their personal and professional lives. Recently, Guy has been thinking about the need for a similar type of education for adults, a philosophy camp that will challenge its participants with complex cases and force them to revisit and refine their moral principles.

“Adults are so busy and focused on so much other than ethical issues that we don’t often stop to think coherently about what our moral principles really are. Or what we think of our own moral character. We just assume we’re good people and let it go at that,” he says.

But he has seen first-hand how transformative studying philosophy and examining our moral code can be. He remembers a policewoman in his ethics class who told him that had it not been for that class and his “Guide to Ethical Decision-Making,” she may have killed a man over the weekend. The man was the uncle of her daughter and was guilty of molesting her.

The idea for philosophy camp for grownups came to Guy after an op-ed piece he published in The Baltimore Sun describing his experience with a diverse group of 22 city teenagers who participated in the University of Baltimore’s first Philosophy Camp.

As he writes, “There was no particular reason why this post-millennial, Instagramming, Snapchatting generation would want to engage in serious conversations with each other.” Yet they did, very successfully. A recent study has even shown the gains in confidence and academic performance that comes from teaching philosophy in schools.

He ended the article with a somewhat tongue-in-cheek challenge for adults to behave as well as those kids, and was surprised at the positive response he received. Now, he promises to make the Philosophy Camp for Adults a reality next summer at the University of Baltimore.

We reached out to Dr. Guy to find out more about his idea, why we need such a camp, how it would work, and what kind of tips he can give us to become more ethical decision-makers ourselves.

BIG THINK: What are the main benefits of studying philosophy as an adult?

DR. FRED GUY: The benefits of studying philosophy as an adult are many. First, it opens the mind to a greater appreciation of what we don’t know. Sounds paradoxical. But it’s the start of wisdom. Knowing that we don’t know and admitting it. In this process, we are more apt to leave behind some personal prejudices, biases, and pet theories that just can’t be supported by good philosophical thinking. If we only get this response: “Oh, wow, I hadn’t thought of it like that before,” I’d say the camp would be a success.

BT: How would the camp work? What would you teach?

FG: I haven’t figured out in detail how the camp would work, but I would imagine that we would follow the teen camp by dividing the week up into the major branches of philosophy or what we called the Big Questions: What is real? What can we know? What is good? And what is the best way to live? We may include: 'Is there a God?' with the adults. I think they would like that. These questions resulted in the major divisions in philosophy respectively: metaphysics, epistemology, ethics, political & social philosophy, and philosophy of religion.

A couple of days ago marked the 50th anniversary of Louis Armstrong’s 'What a Wonderful World'. We start with that. What gives you a sense of wonder? What gives you a feeling of awe? Are we so fixed in our daily routines that we can’t appreciate the idea that our lives, the world around us, and existence itself is a great mystery?

We would have exercises in wonder. Aristotle wrote that “Philosophy begins and ends in wonder.” So we would certainly start with that. I think adults would get into this very quickly and find it refreshing: “Hey, it’s ok to wonder and contemplate the beauty and mystery of it all.”

BT: Do you think that big companies would benefit from implementing such education for their employees?

FG: Yes, I think big companies could benefit from this kind of education. An obvious benefit would be thinking outside the box and actually challenging a company’s “boxes” along the way. I also think it may encourage employees to think less linearly and more organically in planning ahead and being creative about their products and services. Knowing people is essential for most companies and philosophy is all about self-awareness, “know thyself” said the ancient Greeks and, “All things in moderation.”

Philosophy teaches self-discipline, especially the ancient Stoics and Buddhists. Leadership in corporations must reflect discipline and the primary virtues of moral character: courage, self-control (or temperance), practical wisdom and justice. Aristotle taught this in his Nicomachean Ethics. And the Stoics and Buddhists were all about knowing what is within our control and what is not, as well as the problems of becoming slaves to our desires and wants. This will fit a corporation as a whole or persons in a corporation.

BT: It appears that adults have a relatively fixed moral code. What are the main mechanisms through which our moral frameworks change as we get older?

FG: I think the best way to approach adults with fairly fixed moral codes is to do what I do in my philosophy and ethics classes: Put them in positions from which they cannot escape without thinking. By this I mean challenge adults with ethics case scenarios that put them at the center of the issue and have them justify on moral principles the decisions they make in these scenarios. The adults will be what we call the primary moral agent, who is responsible for the ethical dilemma or problem. Or they may be the moral recipient, who is adversely or positively affected by another’s actions.

Most people just say things like, “Well, it seems to me to just be the right thing to do.”  Or, “I wouldn’t want to be treated that way, so I followed the Golden Rule.”

[As adults] we often “back into” moral and ethical wrongdoing without noticing fully what we’re doing. Or we justify a lie, a cheat, a theft on the basis of some greater good — e.g., family, finance, friendships, career goals.

So, I would emphasize exercises in self-awareness of our moral character and what we stand for. I would especially challenge adults to justify their ethical decisions and actions.