The Real 1% of American Democracy 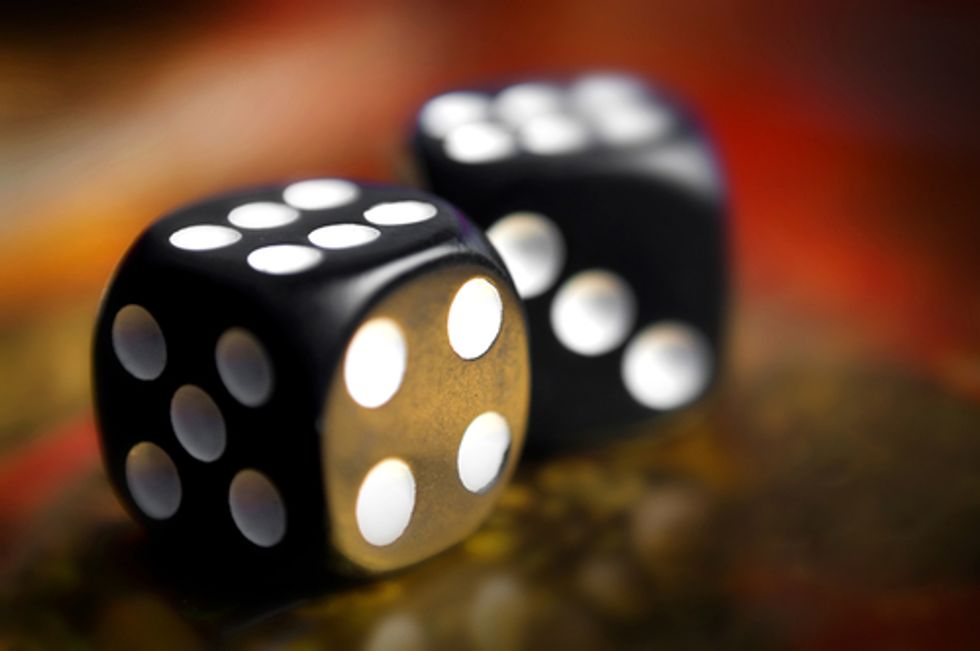 I'm still sorting through all my thoughts and impressions from the Netroots Nation conference this past week. But there's one image that's stayed with me vividly, which was a slide in a talk given by the progressive House candidate Darcy Burner. This is a chart of voter turnout in Burner's home district in Washington state, which she said is one of the highest-turnout districts in the country:

Of the district's approximately 500,000 eligible voters, 45%, almost half, either aren't registered or never vote. Of the remainder, each party has a bloc of about 20% low-intensity voters, people who show up at the polls occasionally, and 5% high-intensity voters, people who show up at the polls reliably. That leaves a sliver of the electorate, only 5% of the district's entire population, as true swing voters, and only 1% are swing voters who vote consistently. In other words, there are about 5,000 people who tend to cast the decisive votes in every election and determine in large part who will represent the entire 500,000 to Congress. The percentages may be a little different depending on how blue or how red the district is, but I'm confident that a similar pie chart could be drawn for every congressional district in the country.

There's a lot of cynical rhetoric about how both major American political parties are the same, and I'd be the last person to deny that there are certain Washington orthodoxies which neither party disturbs. But if you care about issues like economic inequality, like reproductive choice, like gay rights, like state funding of religion, like the environment, like public funding of science, like gun rights, like immigration, like labor organizing, like affirmative action - if you have strong feelings about any of these issues, regardless of what those feelings are - then I think it's clear which candidate you'll most likely choose to support. More to the point, even if an individual candidate departs from the party line on certain issues, the question of which party controls Congress has far more consequential implications for public policy in America.

Anyone who pays attention to politics and has strong convictions on the issues will probably vote consistently for one party, even if it's not one of the major two. What this means is that, if there are true swing voters - people whose party preference can't be predicted from one election to the next - then those must be people who don't have strong feelings about any of those issues. They must be making their choices based on other factors: which candidate seems more confident, more personally likeable, or has the most money to spend on campaign advertising to make their name a familiar sight. Perhaps they'll vote for the incumbent if things in their life are going well and for the challenger if they aren't, even if this has nothing to do with the votes that person cast. And because it's usually the swing voters who decide the outcome of an election, that means that the direction of our democracy as a whole is being driven by factors that have little or nothing to do with an officeholder's success at governing.

Both the best and the worst part of democracy is that we get the government we deserve, and this pie chart really hammers that point home. Almost half the people in this district never vote at all, are completely disengaged from politics. Another four in ten vote occasionally, when the mood strikes them. That leaves only a tiny fraction of people who aren't apathetic, who regularly and consistently participate in politics, and only a tiny fraction of that fraction that's persuadable. This dynamic forces campaigns on both sides to spend more and more time and effort targeting a vanishing slice of low-information swing voters.

What's clear is that if a campaign could bridge the gap and get disengaged citizens to come and vote - if it could persuade even a few of the "never" voters to show up, if it could fire up even a minority of its "sometimes" voters and turn them into "always" voters - it would overwhelm its rival and swamp any advantage among swing voters. So why doesn't this ever happen? Who are the people who don't vote - what's their mindset?

I don't have any real answers to this. It may well be that political participation is a luxury of the well-off, that millions of the very poor are too besieged, too busy just surviving, to take an interest in elections. That's certainly a part of it, but not all of it: even I have friends who are smart, well-educated, but (despite my best efforts) are utterly uninterested in politics. It may also be that those people could participate, but don't because they're cynical about politics, because they believe that officeholders don't care about them. Of course, this becomes a self-fulfilling prophecy: they don't vote because politicians don't represent them, and politicians don't represent them because spending the effort and political capital to do so doesn't pay dividends.