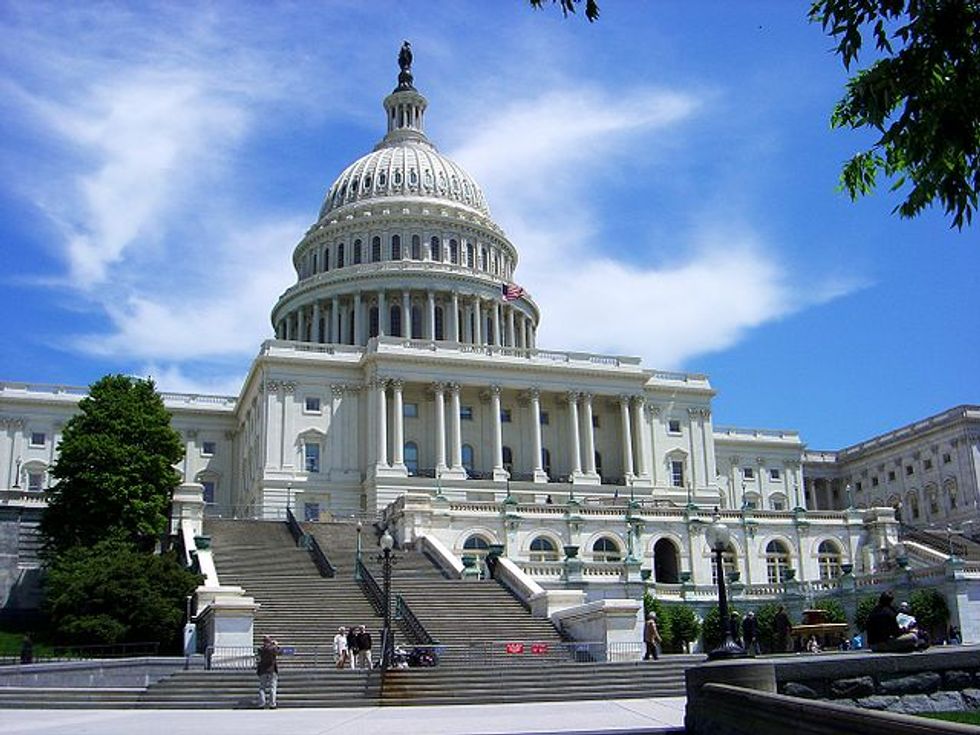 The Secular Coalition for America has hired a new executive director, and their choice is going to raise some eyebrows: Edwina Rogers, a Republican lobbyist and attorney with a long history of supporting conservative causes. Among other things, she's worked as an advisor to George W. Bush's National Economic Council, served as a general counsel to the National Republican Senatorial Committee, and donated to Rick Perry's presidential campaign.

I'm not trying to be harsh here: I'm pretty sure I understand what the SCA thought were the tactical advantages of this pick. The sheer novelty value of having a Republican as an atheist group's lobbying director will likely turn some heads and draw favorable coverage, and that combined with her political connections might open some doors that were formerly closed to us, and win us some votes from politicians we had long since written off. I understand all that.

But at the same time, we have every right to expect that anyone representing the secular community should have a good grasp of the issues that matter to us, as well as what we're up against when we fight for them. Unfortunately, this is an area where it already seems clear that Edwina Rogers is woefully unqualified.

I base that statement on this interview with Greta Christina, who to her credit did a fantastic job as interviewer, asking all the right questions and pressing Rogers on her past affiliation with politicians who are fervent enemies of everything the SCA stands for. Rogers' astounding response was to deny that the Republican party as a whole is anti-gay, anti-choice, or anti-secularism at all. She claimed either that the research hasn't been done and no one knows what the majority Republican position is, or that the majority Republican position is the progressive, pro-secular one. See for yourself - I've chosen a few of the more jaw-dropping excerpts:

ER: Well, you know I've actually worked in the party, and around the party, and I don't recall seeing a party line position that says that you have to be pro-life. For example, I remember working at the Republican senatorial committee, that would have been in 1994, and I plainly remember seeing data that showed that people who consider themselves Republican consider themselves, were 70% pro-choice.

But I don't agree that the position of every Republican in the Republican Party [is] to be pro life, to be against gay rights...

I'm drawing on my 20 years of experience being in and around Republican officials, elected Republicans, and I have not, I have not seen, to the degree that I'm hearing some people state, that there is some type of interest to co-mingle religion and government.

What troubles me so deeply is that not only are these statements false, they're trivially false. A few moments of Googling can demonstrate this. Here are some examples from the comments in Greta's post: 75% of Republicans oppose marriage equality, and 67% are anti-choice. Official Republican party platforms are vehemently anti-gay, anti-choice and anti-secular both at the federal level and in states across the country.

Look: I'm not saying that no Republican could ever be the lobbying director of a secular group. As I said, I understand the strategy here. But I do insist that any such person have a realistic view of what we're up against. All she had to do was say, "I realize that there are a lot of people within the Republican party who are hostile to gay rights, to science, to choice, to the separation of church and state, but I believe we can change their minds, and I'm here to try." That's all! I would have been satisfied with that answer. But if she's seriously claiming that the Republican party as it's currently constituted isn't hostile to secular issues, she's either lying to us or deeply enmeshed in self-delusion. If the former, I think she'll quickly find out that her new constituency isn't going to be as pliant as her last one. If the latter, I think it will seriously impair her effectiveness as a lobbyist.

I'm not alleging, as I've seen some paranoid people do, that Rogers is a plant. She says that she personally supports secularism, and I see no reason to doubt that. But I think she's far too eager to generalize from unrepresentative personal experience. It may well be the case that the Republicans she's associated with are of the near-extinct socially-liberal-but-fiscally-conservative kind. But the Republican party as a whole has been taken over by religious right extremists, and even if Republican officeholders don't personally share those views, they have to play along to win primaries and get the support of their base. It worries me that she doesn't seem to recognize this. It may well be that she doesn't want to believe this, as she'd otherwise have too much cognitive dissonance between her personal views and the goals of the party she's devoted her career to supporting, but again, this gives me no confidence in her ability to persuade.

I'm not advocating that atheists withdraw our support for the SCA, not yet. I think there's still time for the executive board to prove that they made a smart decision by hiring her. But the window for that is rapidly closing. I'm willing to give Rogers a chance to prove herself, but if she can't show some tangible accomplishments very soon, I promise that I'm going to begin calling for heads to roll.