In Big Think’s series “How to Write Great Fiction,” 12 celebrated authors give writing tips. Now see how well you know each writer’s work and style. Try matching each author with a quotation from his or her novels.

A. She encircled his left forearm with both her hands, pulling him into the churning hot water with her.  They sat beside each other on the underwater ledge, her hands holding him an inch or two above where he’s been dismembered.  Only the lion had held him more firmly.  Once again he had the sensation that the tips of his left middle and left index fingers were touching a woman’s lower abdomen, although he knew those fingers were gone.

B. The trouble happened because I was bored. At the time, I was twenty-eight days sober. I was spending my nights playing Internet backgammon. I should have been going to AA meetings, but I wasn’t.

C. Sometimes when he sleeps Gibreel becomes aware, without the dream, of himself sleeping, of himself dreaming his own awareness of his dream, and then a panic begins, O God, he cries out, O all-good allahgod, I’ve had my bloody chips, me.  Got bugs in the brain, full mad, a looney tune and a gone baboon.

D. My suffering left me sad and gloomy.
Academic study and the steady, mindful practice of religion slowly brought me back to life.  I have kept up what some people would consider my strange religious practices.  After one year of high school, I attended the University of Toronto and took a double-major Bachelor’s degree.  My majors were religious studies and zoology.

E. Strike was seated on the top slat of his bench, his customary perch, looming over a cluster of screaming kids, pregnant women and too many girls, drinking vanilla Yoo-Hoo to calm his gut, watching The Word try to think on his feet,

F. There are so many evils that pull on our children.  Even in the mellow town of Landsdale, where it is easy to see only beauty and decency, a teenager died nearly every year after a party and kids routinely went from high school to psych wards, halfway houses, or jail. Once a year a child from the county of Marin jumped off the Golden Gate Bridge.

G.  A few years ago, after I returned from a trip to Los Angeles, I unpacked my bag and found a dead cockroach, shrouded by a dirty sock, in a bottom corner.  “Shit,” I thought.  “We’re being invaded.”

H.  I wish this story were different.  I wish it were more civilized.  I wish it showed me in a better light, if not happier, then at least more active, less hesitant, less distracted by trivia.  I wish it had more shape.  I wish it were about love, or about sudden realizations important to one’s life, or even about sunsets, birds, rainstorms, or snow.

I. My legal name is Alexander Perchov.  But all of my many friends dub me Alex, because that is a more flaccid-to-utter version of my legal name,  Mother dubs me Alexi-stop-spleening-me!, because I am always spleening her.

J. The houses here were sick.  The Dutch-style row houses had been chopped into pieces and misused as rooming houses for men with hot plates and ashtrays and racing forms, or floor-through apartments, where sprawling families of cousins were crammed into each level, their yards and stoops teeming with unaccountable children.

K. People are afraid to merge on freeways in Los Angeles.  This is the first thing I hear when I come back to the city.  Blair picks me up from LAX and mutters this under her breath as her car drives up the onramp.

L. “Don’t you like the food?” Katrina, my wife of twenty-three years, asked.
“It’s delicious,” I said, “Whatever you make is always great.”

[Anyone who took the test would see a graph of where they stood versus the respondents: 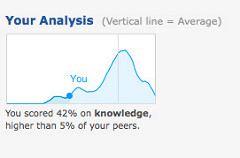 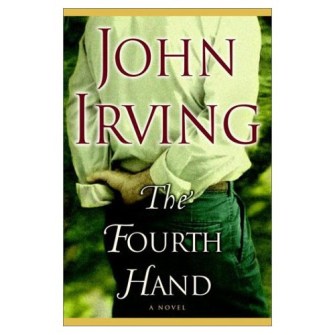 1A. John Irving. “She encircled his left forearm with both her hands, pulling him into the churning hot water with her.  They sat beside each other on the underwater ledge, her hands holding him an inch or two above where he’s been dismembered.  Only the lion had held him more firmly.  Once again he had the sensation that the tips of his left middle and left index fingers were touching a woman’s lower abdomen, although he knew those fingers were gone.”

Shame is a powerful tool that must be used with care.
Neuropsych

One form of domestic abuse involves a parent breaking their child’s connection with the other parent.
The Present

Signals from the environment, such as those detected by your sense organs, have no inherent psychological meaning. Your brain creates the meaning.
Up Next
Guest Thinkers

Another Gender Gap Closed by a Well-Timed Bit of Encouragement

Last summer I described how psychologists at Rutgers closed the usual gap between higher boys’ and lower girls’ scores on high-school chemistry tests. When the students used a textbook whose […]