If you really want to start an argument with a movie critic, ask them what the greatest movie of all time is.  Like any “GOAT” debate, you’ll get your standard answers sometimes and your unconventional answers others.  The conventional greatest film of all time answer you might remember from that college film class is Citizen Kane.  If you took that class a little earlier, you might have been told The Bicycle Thief.  If you took that class more recently, however, you might have been told Vertigo, Alfred Hitchcock’s 1958 masterpiece that premiered on May 9th, in San Francisco, the setting of the film itself.  If Citizen Kane or The Bicycle Thief bored you, don’t be surprised (like Vertigo star James Stewart, shown above) if the mystery of the greatest film of all time is solved by the twisted tale of Vertigo.

What makes Vertigo so good (and maybe great) is the plot, which defies description in many ways.  (Don’t worry, no spoilers, either here or in the trailer for the 1996 restored version shown above.)  James Stewart plays John “Scottie” Ferguson, who retires from the police force after an accident leaves him with a fear of heights and the titular affliction of vertigo, a false sense of spinning and falling when looking down from those heights.  An acquaintance named Gavin Elster hires Scottie, now a private eye, to follow his wife Madeline (played by Kim Novak) and find out why she’s acting so strangely.  From there on, you get classic Hitchcock—suspense, mystery, romance, all wrapped around twisted human psychology. 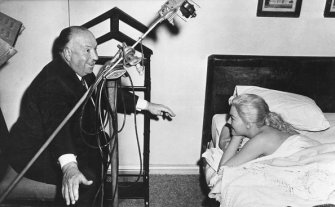 What makes Vertigo better than all the other classic Hitchcock?  How is it better than Psycho, Rear Window, To Catch a Thief, or any other beloved classic by the “Master of Suspense”?  Like any great artist, Hitchcock liked to use his favorite motifs over and over, like a fingerprint on all his works.  It’s no mystery that Hitchcock seemed infatuated with blonde female leads, with Kim Novak filling that role in Vertigo (shown above).  However, what did change in Hitchcock over time was a greater and greater fascination with deviant psychology, with just how messed up he could make his characters.  The idea of a detective debilitated by his fears goes light years beyond previous leading male characters.  Just one year before, in 1955, Hitchcock presented To Catch a Thief, starring Cary Grant as a retired cat burglar with nerves of steel and Grace Kelly as his equally composed, cool as a cucumber love interest.  Looking back from our era of psychologically messed up lead characters (think Bryan Cranston’s Walter White in Breaking Bad), Vertigo seems decades ahead of its time. 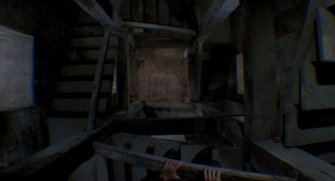 Each decade, starting in 1952, the British Film Institute asks the world’s best film critics to list their personal top ten films of all time and prints the results in the film magazine Sight & Sound.  In 1952, The Bicycle Thief won.  In 1962, Citizen Kane won, and kept winning every decade until the 2012 poll, which was won by Vertigo.  Over the years, critics came to appreciate the technical mastery of the film in details such as the famous “Vertigo effect” (shown above) created using a Dolly zoom.  But what made even more compelling as the GOAT was Vertigo’s versatility, its defiance of genre.  Vertigo ranks as the #1 mystery on the American Film Institute’s AFI’s 10 Top 10 genres (Hitchcock directs 4 of the top 10 listed mysteries), as #61 of AFI’s 100 Years…100 Movies, as #18 of AFI’s 100 Years…100 Thrills, as #12 of AFI’s 100 Years of Film Scores (hear Bernard Herrmann’s amazing soundtrack here),  and as #18 of AFI’s 100 Years…100 Passions.  It’s an accomplishment to make just one of those lists, but to make so many different, almost conflicting lists makes Vertigo unique (and maybe the GOAT). 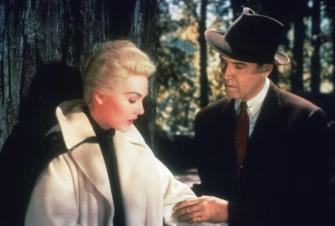 Alas, that very versatility and genre defiance befuddled audiences in 1958.  Even the Hitchcock name couldn’t save Vertigo from disappointing box office.  Hitchcock actually took Vertigo out of circulation in 1973 along with several other of his less successful films.  It wasn’t until after Hitchcock’s death in 1980 that audiences saw Vertigo again and grew to appreciate it more.  A digital restoration of the film in 1996 further returned it to its original intended glory.  Issues such as the age difference between Stewart (50 at the time) and Novak (only 25 at the time) seemed nonsense compared to the nuanced depths of the story, cinematography, and soundtrack. 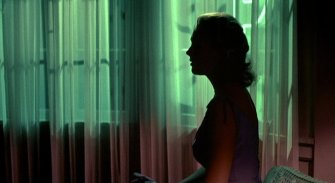 Is Vertigo the greatest film of all time?  Who’s to judge?  Why should critics get to tell us what they think?  Even they needed more than half a century to recognize Vertigo as the greatest, at least until the 2012 poll.  I say everyone should judge with their own eyes and ears.  Vertigo’s a fascinating story told in a beautiful way at times (just look at Kim Novak against the romantic green glow above) and a staggeringly psychologically true way at other times.  I’ve personally watched Vertigo dozens of times and seen something new every time, which is the mark of a great film, which includes Citizen Kane, The Bicycle Thief, and many more.  Take a look (or twelve) for yourself and decide whether or not Vertigo’s the greatest film of all time.  Don’t leave yourself hanging in suspense (like poor “Scottie” below). 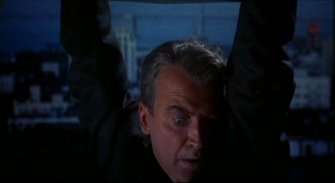 Here’s what the weather phenomenon baking large parts of the country actually means.
Up Next
Technology & Innovation

Selling the Business of Yoga

Baba Ramdev has built a $670 million company on the back of yoga’s soaring popularity. Is his ethics in alignment with yoga’s teachings?