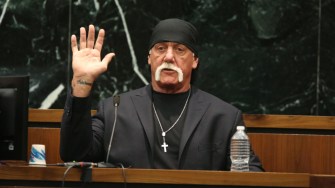 Maybe you’ve also heard that this week it’s been revealed that Hogan’s suit was bankrolled by Peter Thiel, one of the super-rich founders of PayPal and earliest investors in Facebook. 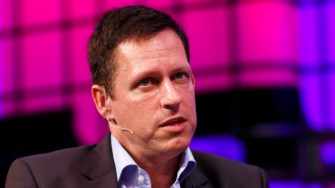 It’s a story designed to get people talking. It touches on many hot-button issues—all of which are not insignificant—and there’s just so much to debate.

In March 2016, a Florida jury awarded Hogan $140 million for damages he claimed to have suffered as a result of Gawker’sinvasion of his privacy—this was actually $40 million more than he asked for. The tape captured Hogan’s dalliance with his best friend’s wife. The wrestler said he didn’t know he was being recorded; his (ex?) best friend shock jock Bubba Clem claimed otherwise.

Gawker responded to the decision with “The Hogan Verdict,” written by co-founder and current managing editor Nick Denton, in which the verdict is depicted as an unconscionable blow against a journalist’s First Amendment rights. Maybe. The First Amendment’s main purpose is to protect journalists’ right to free speech, and yet it’s often been used to justify some publishers’ unsavory intentions.

It’s an old American story, really. While Gawker has broken some real and major news stories—Hillary Clinton’s personal email account and the NFL’s coverup of abuse charges against players among them—it’s also engaged enthusiastically in what’s called “yellow journalism,” the willingness to print basically whatever it takes to drum up a large audience.

While Hogan’s sex tape is hardly on the same scale as William Randolph Hearst’sNew York Journal taking the U.S to war with Spain in the 1890s to increase his readership, this type of inflammatory content has a long history as the seamy underbelly of American journalism. 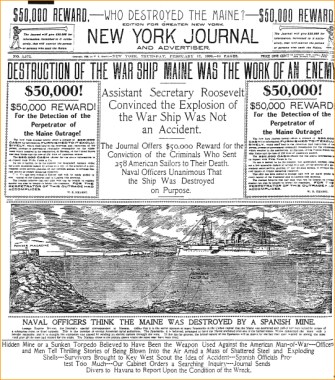 It’s also worth noting that with so much of our personal information now being cached by a range of entities, and much of it publicly available, we can expect yellow journalism to only get more and more personal. It may be that Thiel has these rising stakes in mind.

Now let’s talk about Thiel’s intent, which is either altruistic or vengeful, depending on who’s talking. He claims he’s championing privacy by going after a publication that regularly publishes shocking stories about people’s secrets. Many believe he’s just seeking revenge against Gawker because they outed the gay entrepreneur in a 2007 article called “Peter Thiel is totally gay, people.” But this week he insisted to the New York Times, “It’s less about revenge and more about specific deterrence,” adding, “I didn’t really want to do anything. I thought it would do more harm to me than good. One of my friends convinced me that if I didn’t do something, nobody would.” Still, it’s true that after his own outing, the investor did preemptively assemble a team to seek out and support other Gawker “victims,” as he sees it.

Elizabeth Spiers, the original editor of Gawker, writing in her blog, doesn’t buy Thiel’s explanation at all, and in any event raises an excellent point: What she sees as the lack of proportionality in Thiel’s campaign. The money Thiel’s proxies are seeking could be enough to put the entire Gawker publishing group—which includes Jezebel, Gizmodo, Lifehacker, Kotaku, Jalopnik, and Deadspin—out of business, and lots of people out of work. As Spiers writes, “It would be hard to argue that Thiel was materially damaged by Gawker’s coverage in the way that he’s now trying to damage Gawker. His personal finances haven’t been destroyed and even the most egregious things Gawker has written haven’t put literally everyone who works for Thiel out of a job. (What did Lifehacker ever do to Peter Thiel?)” Those on Thiel’s side, and probably the man himself, might say the responsibility for the company’s destruction really lies with Denton, and not Thiel.

In any event, Thiel says he doesn’t think the lawsuit threatens the First Amendment: “I refuse to believe that journalism means massive privacy violations. I think much more highly of journalists than that. It’s precisely because I respect journalists that I do not believe they are endangered by fighting back against Gawker.” Don’t miss his subtext: He thinks Gawker’s writers aren’t real journalists. And this is kinda scary because when a single person has the power, by virtue of massive wealth, to decide who is or isn’t qualified to make a living as a journalist, it’s clear we’re on shaky ground.

So much to talk about.

Is Breakfast Really the Most Important Meal of the Day?

Breakfast has been made out to be one of the most important meals of the day. It’s taboo to skip it, because of all the wonderful things researchers say this one meal can do to improve our lives. But is breakfast’s pedestal deserved?