The consequences of our actions are more far-reaching than we imagine. Consider the microbial world—the world we all actually inhabit. In his book, I Contain Multitudes, science writer Ed Yong points our mistake in loading up on both antibiotics and probiotics without a full (and personalized) understanding of our microbiome. Eradicating bacteria can be as dangerous as drowning in what we believe to be beneficial microbes.

We don’t need more, we need balance. As goes our stomachs, so goes the earth. Last week I reported on Americans being unprepared to face health risks associated with climate change, including increased domestic abuse cases, contaminated drinking water, and doctors being unable to treat those in need. No sooner was that story published that my editor emailed me a study about another consequence: an uptick in suicides.

In 2013, a report speculated on the ways global warming will increase violence in regions fighting for resources. The heat does strange things to animal psychology. Spike Lee’s Summer of Sam begins with the narrator discussing the oppressive heat during the season David Berkowitz committed serial murders—the same summer as the infamous New York City blackout. 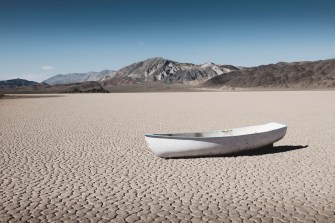 Piqued by this potential connection between heat and self-violence, the Stanford researchers, publishing in Nature Climate Change, found a linear correlation between temperature increase and suicide. After controlling for gun ownership, income level, and access to air conditioning, they discovered that suicides are in fact more common as the world heats up.

Besides scouring through suicide data back to 1968, lead author Dr. Marshall Burke, an assistant professor of earth system science, and his team analyzed over 622 million tweets over a fourteen-month period in the United States to investigate the link between rising temperatures and mental health.

After looking at how often the location-tagged tweets used depressive language as well as the temperature of the areas tweeted from, the scientists found “a pattern that’s strikingly similar” to the suicide data, Burke says: Higher temperatures meant worse mental health.

Suicide rates have long been linked to economic tragedies. For example, last year a study found that rising temperatures increased suicides among farmers in India. The reason proffered was money lost due to crop damage. Over the last three decades, over 60,000 farmers took their own lives. Yet the Stanford study deepens our understanding of how weather affects our psychology. It might not just be the money.

The researchers note that wellbeing decreases as temperatures increase, according to their Twitter analysis. As temperatures rise our body cools itself, changing how blood flows to our brain. Thermoregulation might increase depressive symptoms in certain individuals.

If this trend continues, the scientists write, by 2050 Americans and Canadians could experience an additional 9,000 to 40,000 suicides specific to climate change. While there are many reasons climate causes death, the researchers are confident in asserting hotter temperatures means more suicides:

Of the many issues surrounding climate change, such as coastal flooding and increased hurricane strength, we must add suicide to the list. It might have remained “hidden” until now, but social media, despite its many ills, is a reliable indicator of our mental outlook. As temperatures rise, that outlook is looking bleak.

Related
The Present
How heat pumps of the 1800s are becoming the technology of the future
Innovative thinking has done away with problems that long dogged the electric devices — and both scientists and environmentalists are excited about the possibilities.
Starts With A Bang
JWST’s hunt for most distant galaxies gets double boost
Along with gravitational lensing and ALMA’s incredible long-wavelength spectroscopy, JWST is reshaping our view of the early Universe.
Thinking
Finding your essential self: the ancient philosophy of Zhuangzi explained
Adopting a healthy scepticism towards inherited ideas means “emptying the container of the Self.”
The Future
Startup’s bladeless flying car is designed to reach Mach 0.8
One of Jetoptera’s VTOLs is expected to reach speeds of around 614 mph, about as fast as a commercial jet airliner.
Health
New blood types are often discovered following medical disasters
New blood types are regularly discovered by an unusual absence or an unusual presence — both of which can result in tragedy.
Up Next
Personal Growth
Should you stay or should you go? See if job hopping will work for you
Job hopping can be a smart career move for many employees, but only if they do it right. Here’s how.