If you’re a serious 16 year old, as I was, the greatness and universality of whatever music you happen to love most (in my case, back then, the album Disintegration, by the Cure) is an article of faith, as is the total lameness of the music that doesn’t speak to you at all (in my case, back then, maybe MC Hammer). I wince to recall making my parents listen to Disintegration from beginning to end, so certain was I that it would speak to the very depths of their souls as it did to mine. Needless to say, it probably didn’t.

Tastes differ, and tastes change, but anyone who’s invested in art, literature, or music has at some point considered questions of universality: What is it about a James Brown bassline that makes it nearly impossible not to dance (or at the very least, awkwardly bob your head)? How can there still be full-time Shakespeare festivals all over the world, over 400 years after Shakespeare’s death (and I’m not getting into the authorship question here, so don’t even start . . . ).

Stephen Greenblatt, author of Will in the World, on the myth of universality in literature.

Total relativism (“it’s all a matter of taste!”) is an unsatisfying and incomplete answer. Its insufficiency becomes painfully apparent whenever school systems and universities debate curriculum, making key decisions about which books are worth teaching and why. Historically there was substantial agreement in the West about what constituted “Western Tradition.” Great Books programs like St. John’s College and the University of Chicago taught (and some still teach) Homer, Isaac Newton, Euclid, Kant (see here for a more comprehensive curriculum).

In recent decades the “Western Canon” has been under steady fire for leaving out women, people of color, and the rest of the world, charges which are undeniably justified. Schools with “core curriculums” have revised them, and given that there are only so many hours in a semester, that inevitably means out with (some of) the old, in with the new. A little less Yeats, a little more Toni Morrison.

Still, taking Toni Morrison (the book Beloved, in particular) as an example, the “new classics” in literature are, it seems, held up to the same, difficult-to-pin down standards of universality as were their predecessors. That is, no matter how grounded they are in the time, place, and culture in which they were written, they must contain some powerful “human element” that can speak to readers directly across space and time.

Stephen Greenblatt, a literature scholar best known for his imaginative non-fictional accounts of Shakespeare (Will in the World) and the rediscovery of Lucretius’ world-changing poem On the Nature of Things (The Swerve), says that literature is never universal. It is always steeped in, and can only fully be understood in light of the historical realities and mindsets of the writer’s culture. And we read it from our own point of view and that of our times.

What then, Greenblatt wonders, accounts for the curious ability some books or poems have to make us feel, centuries later, that the author is speaking directly to us? These near-universal elements, he says, reside in the emotional content – situational or psychological realities that don’t change much across the centuries, like the pain of unrequited love, and – perhaps as important – in the power of the writer’s art. “What light through yonder window breaks? It is the East – and Juliet is the sun!” says it better than “baby, I love you,” even in 2012.

In 2012 the idea of a Great Books program, a core curriculum, even, frankly, of a museum seems dusty and antiquated. Didn’t Andy Warhol (and Marcel Duchamp before him) do away with the high/low distinction in art? 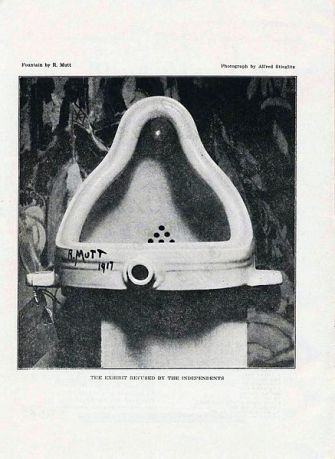 Maybe. But we’re still devoting an awful lot of time to evaluating what’s worthwhile and what isn’t. Facebook, Twitter, and blog comment threads have resulted in a kind of popular critical explosion, with insomniacs worldwide busy at 4 am rating and debating the merits of everything imaginable, from the latest episode of American Idol to a silicone spatula. Even if we can’t agree on anything, we obviously care – a lot.

When it comes to literature’s place in education, the debate will always be fierce and political, but those works that lack some element of universality that gives them resonance beyond the time and place of their creation won’t stay in the curriculum for long, because students simply won’t read them.

At the same time, once we’ve decided what to canonize (for the moment) we’re wise to follow Greenblatt’s lead and dive deeply into the whole historical world of the work, and experience the culture shock that reminds us it’s not all about us. That’s how we learn empathy and protect ourselves from the folly of judging the past by the standards of the present.