The full-recovery statistics on eating disorders in women have been bleak, with research suggesting that fewer than half the women with anorexia or bulimia ever recover fully. As a result, treatment for those who continue to suffer after 10 years generally shift to providing palliative care, since there seems so little hope for a cure beyond that time interval. Until now.

A new study published in the Journal of Clinical Psychiatry that followed women with eating disorders for a longer period, found that by 22 years since the onset of an eating disorder nearly two-thirds of women do fully recover. It may be that previous studies simply may not have seen anorexia and bulimia victims long enough to see this. That 10-year victims previously viewed as hopeless still have a reason to keep working toward recovery is big news. 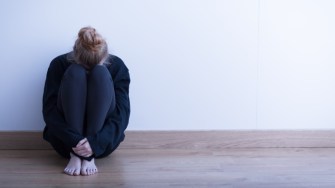 Anorexia and bulimia are brutal — anorexia is statistically more deadly than any other mental disorder. Driven by a distorted body image and a terror of gaining weight, anorexia sufferers starve themselves while bulimics embark on a dangerous cycle of binge-eating and purging. Both are damaging to the body, leading to a host of problems, including infertility and even heart failure. 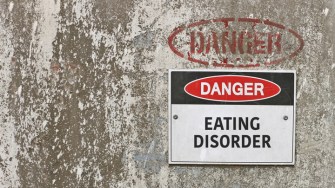 The study was led by Kamryn Eddy of Massachusetts General Hospital. It followed 246 women who’d volunteered for the study between 1987 and 1991. Of these, 136 were anorexic and 110 bulimic. For the first 10 years, participants were interviewed annually. The final interviews were conducted between 20 and 25 years after the study began. They were asked to describe their medical and mental health histories, treatments they’d pursued, about their interpersonal relationships, and their quality of life.

18 of the 246 women had died by the time the later interviews were conducted. A remaining 176 women agreed to be interviewed, on an average of 22 years since they’d begun participating in the study.

While the study suggested anorexia takes longer to recover from than bulimia, 62.8% of the anorexics and 68.2% of the bulimics in the study had fully recovered. (For the first 10 years, 68.2 of the bulimics got well, while only 31.4 of the anorexics had.) Eddy attributes this difference to an anorexic’s ambivalence about recovery, so desperate are they to never put on weight.

There are, as always, limitations to a study’s conclusions. This one looked at a very specific, fairly small group of women: white women from Massachusetts who’d sought treatment. Still, Ozyspoke to Edward Selby of Rutgers University’s department of psychology who described the study as “methodologically rigorous” and the extent of its duration “impressive.” On the other hand, Carrie McAdams, an assistant professor of psychiatry at UT Southwestern Medical Center, pointed out to Ozy that the study doesn’t tell us how actively involved in treatment the survivors in the study were. And the scope of the study doesn’t include identifying the most effective treatments. 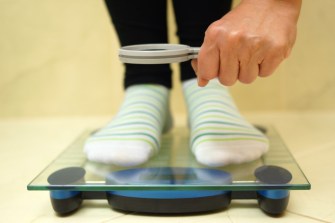 Nonetheless, there’s very little in long-term research on the recovery rates for anorexia and bulimia, and “[t]he study is very encouraging. It means that eating disorders are not a lifelong condition. … Most will recover,” as Selby puts it.

The study’s findings also suggest that moving to palliative care at 10 years for women with eating disorders “may shortchange patients,” says Eddy.

“We need to offer novel treatments to improve recovery rates,” she points out, since the new research reveals that “patients who have been ill for a long time should maintain hope that they will get better. … Recovery is possible.”

A case in which a judge used an undisclosed software algorithm to determine a defendant’s sentence has caught the interest of the U.S. Supreme Court.