For years we have been fascinated with the artistic prowess of Leonardo da Vinci.

Centuries have passed and yet we still sing the praises of the quintessential Renaissance man, Leonardo da Vinci. The historic figure, the legend and the man fits the bill for our reverence, intrigue and near worship at times. Da Vinci was an intelligent, creative and complicated figure. Within just the past century alone, a countless numbers of books have been written about him.

Those who wish to learn more about him and about the time period in which he flourished would do well to dive into these five select books on Leonardo da Vinci. 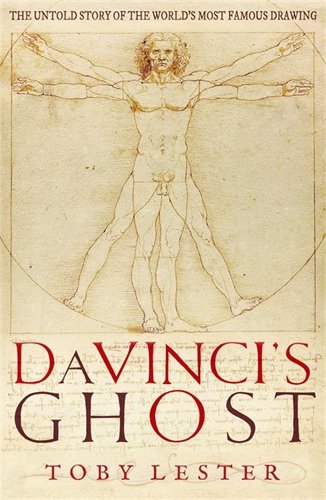 The Vitruvian man is a world renown sketch found in one of Leonardo's notebooks. The image is named after the famous Roman architect Vitruvius. While this image has been parodied a million times over and stamped on trinkets galore, the true genius and history of this piece eludes most people. Historian Toby Lester scours the historical record and recounts the many figures and forces that made this image a reality in 1490, when da Vinci first drew it.

The history is fascinating, as the roots of the picture go back to proto-Christian imagery in which the author finds compelling evidence that the Christ figure owes its prestige and presentation from how statesmen originally presented a godlike Augustus Caesar to the Roman populace. Vitruvius was an instrumental force in ancient times and would come to greatly influence Leonardo, as he also drew on ideas such as the microcosm and macrocosm.

Da Vinci's Ghost is at once both an intimate personal story of da Vinci and a far-ranging historical tale which contextualizes his greatness and creative mind.

Leonardo da Vinci, A Memory of his Childhood 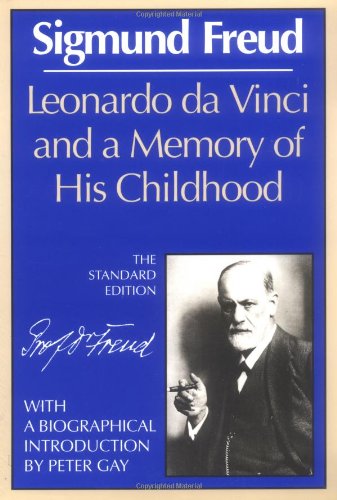 Leonardo da Vinci and a Memory of His Childhood (The Standard Edition) (Complete Psychological Works of Sigmund Freud)
List Price: $15.95
New From: $8.87 in Stock
Used From: $2.41 in Stock

In typical Freudian fashion, Sigmund Freud goes to work on his most famous attempt at a psychoanalytic biography. Reconstructing da Vinci's early life from a few references in his journals, Freud argues the point that, from a psychoanalytic perspective, da Vinci's greatness stemmed from sexual repression. No surprise there, considering this was Freud's modus operandi.

"Observation of men's daily lives shows us that most people succeed in directing very considerable portions of their sexual instinctual forces to their professional activity. The sexual instinct is particularly well fitted to make contributions of this kind since it is endowed with a capacity for sublimation."

Freud wrote this book in 1910. Rather than putting this book off as outdated, there are a number of keen observations and thought-provoking ideas that Freud puts forth. Like the many biographers that came both before and after him, Freud is desperately searching to understand where Leonardo's otherworldly artistry and genius stems from. Freud also concedes the point pretty heavily throughout the book that, in the end, these are just simply his own observations. This is by no means a definitive answer on the enigmatic figure da Vinci still evokes. 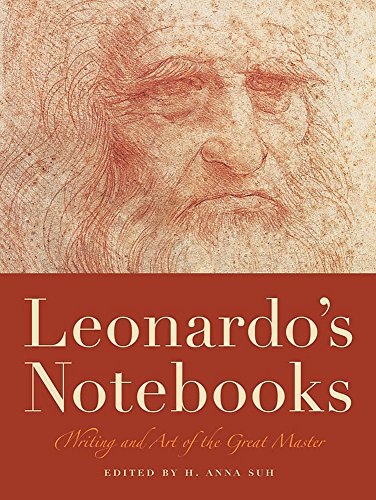 What better place to learn about a man than from the words written in his own hand. These are the personal notebooks of Leonardo da Vinci – the books he poured the contents of his mind into, so that he could both be understood and understand himself. The authors have organized this remnant of his writing into a cohesive and categorical layout, so that you can glide from his thoughts on painting, sculpting and anatomy to his interests in philosophy, natural science and much more.

"The mind of a painter must resemble a mirror, which always takes the color of the object it reflects and is completely occupied by the images of as many objects are in front of it."

These books give you the privilege to embark into the mind of the Renaissance master and experience something incredible. Nearly all of these pieces of writing are accompanied with some kind of artwork. 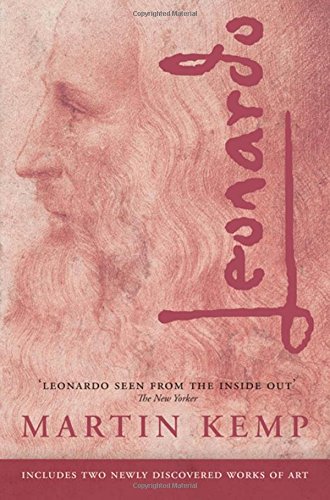 Professor Martin Kemp is considered to be the world's leading expert on Leonardo da Vinci. This treatise offers us an incredible amount of insight on what made him such a great artist and scientist. Kemp goes on to explain in great detail the artistic merit within masterpieces such as the Mona Lisa and The Last Supper.

The book is both a journey on the winding and disparate career path da Vinci would take throughout his life, his many dreams left undone and a who's who of the cultural milieu of 15th century Florence and Italy. Kemp draws heavily from da Vinci's notebooks to paint a full picture of the genius behind the creations.

Leonardo da Vinci: The Flights of the Mind 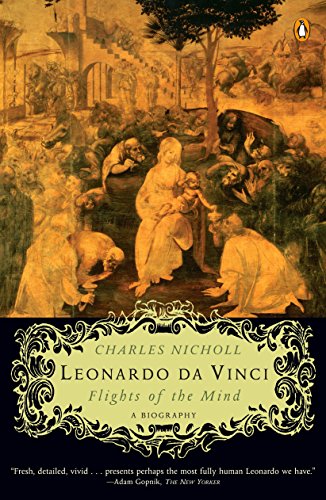 Charles Nicholl's book paints a rich picture of the Italian Renaissance worldview, one da Vinci existed in and shaped while he was alive. He expertly traces da Vinci's birth as an illegitimate child in Tuscany to his infamous ties and time with the ruling families of Renaissance Europe.

Nicholl also manages to write an even-keeled portrait of da Vinci the man. He doesn't spend too much time pouring his energy into psychological analysis or going deep into art interpretation. Utilizing his notebook entries, as many biographers before, he fleshes out a general day-to-day life of the master, which makes for an intimate portrayal of the man. While the mystery is still there, reading Nicholl's work is a humbling admission into the daily minutiae of man who affects us all.