Do near-death experiences prove that an afterlife exists?

The scientific quest for immortality is predicated on the belief that evidence may already exist in the form of Near-Death Experiences and reincarnation. 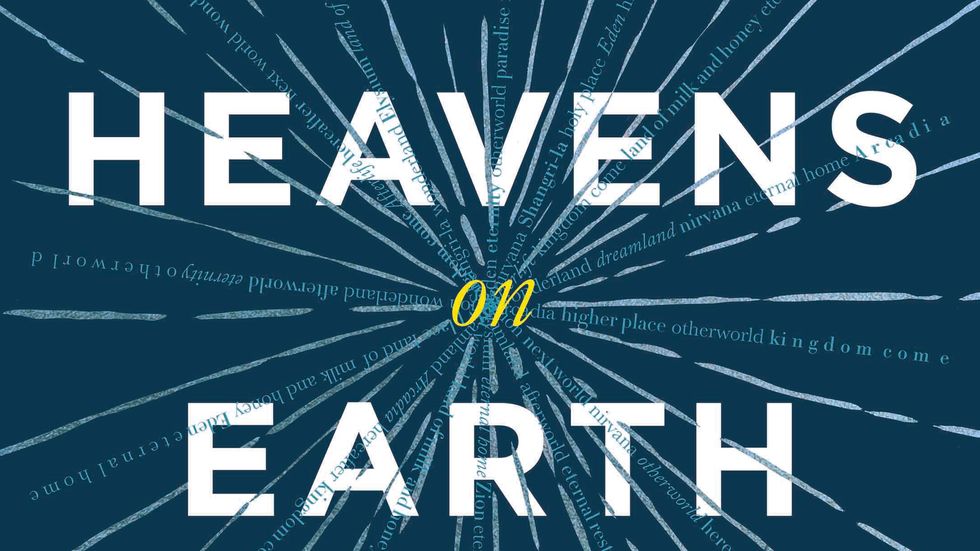 A portion of the cover of "Heaven's on Earth", by Michael Shermer.

To be mortal is the most basic human experience and yet man has never been able to accept it, grasp it, and behave accordingly. Man doesn't know how to be mortal. Milan Kundera, Immortality, 1990

Most religious instantiations of the afterlife, such as the visions of heaven proffered by Judaism, Christianity, and Islam, are articles of faith to be accepted without demand for evidence or proof. The scientific quest for immortality, however, is predicated on the belief that evidence is not only central but, in fact, already exists in the form of Near-Death Experiences and reincarnation. Let's examine both of these stairways to heaven independently as they have different explanations for what is really going on.

Near Death Experiences as Stairways to Heaven

Near-Death Experiences (NDEs) are typically characterized by five common components: (1) An Out-of-Body Experience (OBE) with the feeling of floating above one's body and looking down; (2) Separation from the body; (3) Entering darkness through a tunnel or hallway; (4) Seeing a bright light at the end at the end of the tunnel that serves as a passageway to… (5) The other side, where light, God, angels, loved ones and others who have “passed over" are there to welcome the dying person.

Sometimes there is a life review, and though most NDEs are positive and lead people to experience gratitude and joy, according to the International Association of Near-Death Studies, 9 to 23 percent of people have had negative NDEs characterized by fear, void, emptiness, pain, and even nonexistence. Instead of going to heaven, some of these people find themselves in hell. According to an NDE researcher named Phyllis Atwater, who has had NDEs herself and specializes in the negative experiences some people report, the hellish NDEs are experienced by “those who seem to have deeply repressed guilt, fear, and anger, or those who expect some kind of punishment after death." In other words, when we attempt to explain NDEs we must recognize that there are a wide variety of them and so no one monolithic theory can account for them all, whatever they actually represent.

NDEs and OBEs arose in public consciousness in 1975 through Raymond Moody's bestselling book Life After Life, which recounted over a hundred such cases, which many people took to be evidence of an afterlife. The rate or frequency of NDEs is difficult to pin down with reliable numbers. A cardiologist named Fred Schoonmaker, for example, reported that 50 percent of over 2,000 of his patients over an 18-year period reported experiencing NDEs. A 1982 Gallup poll, however, reported a percentage an order of magnitude smaller at five percent. Another cardiologist named Pim van Lommel claims that 12 percent of his 344 cardiac arrest patients who were successfully revived had NDEs, and in his book Consciousness Beyond Life he echoes what most people believe—NDEs are evidence of the survival of the mind without a brain.

The most famous NDE happened in 1984 when a migrant worker named Maria was hospitalized in Seattle after a heart attack. There in the ICU she suffered another cardiac arrest. After being resuscitated she reported that she floated out of her body up to the ceiling from where she could observe medical personnel working on her. Most remarkably, she says she then journeyed outside the hospital room where she saw a tennis shoe on the ledge of the third floor window. Her ICU social worker, a woman named Kimberly Clark, says she went up to the third floor and found a shoe on a window ledge: “The only way she could have had such a perspective was if she had been floating right outside and at very close range to the tennis shoe. I retrieved the shoe and brought it back to Maria; it was very concrete evidence to me." Evidence of what, exactly? A slew of bestselling books in recent years lays out exactly what these experiencers believe NDEs are proof of and where they went during their trip: Heaven is for Real, To Heaven and Back, The Boy Who Came Back from Heaven, and most notably Proof of Heaven: A Neurosurgeon's Journey into the Afterlife by the Harvard neurosurgeon Eben Alexander.

Proof. That's a strong word. Do NDEs represent proof of an afterlife? We can frame this question as the great Scottish Enlightenment philosopher David Hume did in his analysis of miracles in his 1758 work An Enquiry Concerning Human Understanding. In it Hume introduces a maxim to apply whenever one comes across an account of an apparently supernatural occurrence, such as a miracle:

The plain consequence is (and it is a general maxim worthy of our attention), 'That no testimony is sufficient to establish a miracle, unless the testimony be of such a kind, that its falsehood would be more miraculous than the fact which it endeavors to establish.'

What's more likely? Miracles, or that peoples' accounts of miracles are mistaken? We have very little evidence for miracles, but we have lots of evidence that people misunderstand, misperceive, exaggerate, or even make up stories about what they think they witnessed or experienced. Hume's example of a miracle is the resurrection of the dead. What's more likely, that dead people can come back to life, or that the accounts of dead people being resurrected are in error? Hume answers the question this way:

When anyone tells me that he saw a dead man restored to life, I immediately consider with myself whether it be more probable, that this person should either deceive or be deceived, or that the fact, which he relates, should really have happened. I weigh the one miracle against the other; and according to the superiority, which I discover, I pronounce my decision, and always reject the greater miracle. If the falsehood of his testimony would be more miraculous than the event which he relates; then, and not till then, can he pretend to command my belief or opinion.

Applying Hume's Maxim to NDEs we can inquire, which is more miraculous: the falsehood of the accounts of NDEs or what they purportedly represent? And we can ask ourselves what's more likely: that NDE accounts represent descriptions of actual journeys to the afterlife or portrayals of experiences produced by brain activity? Many lines of evidence converge to support the theory that NDEs are produced by the brain and are not stairways to heaven. Let's look at these lines of evidence in detail, starting with Hume's recognition that people can either deceive or be deceived.

Near-Death is not Dead

Any explanation for the NDE must begin with the fact that there's a reason why the N modifies the D: the people who experience them are not actually dead. They're only near death, a state in which the brain may undergo stress, be deprived of oxygen, release neurochemicals that can mimic the hallucinatory trips of drug users, or experience any one of the dozens of anomalous neurological anomalies, abnormalities, or disorders that have been documented by neurologists and neuroscientists. The fact that each NDE is unique does not mean that some of them are real trips to heaven (or hell) while the rest are merely byproducts of a hallucinating brain. It just means that the brain is capable of a wide variety of experiences depending on the immediate conditions and one's personal life trajectory, all of which are necessarily unique but no less caused by internal brain states.

In their NDE accounts, experiencers will often emphasize that they were “dead" or “absolutely dead" or “clinically dead" in order to bias the interpretation toward the miraculous or supernatural. A Portland, Oregon Emergency Room doctor named Mark Crislip, however, reviewed the original EEG readings of a number of patients claimed by scientists as being flat-lined or “dead" and discovered that they weren't dead at all. “What they showed was slowing, attenuation, and other changes, but only a minority of patients had a flat line, and it took longer than 10 seconds. The curious thing was that even a little blood flow in some patients was enough to keep EEG's normal." Crislip also analyzed the NDE study by Pim von Lommel and his colleagues published in the prestigious British medical journal Lancet, in which the authors “defined clinical death as a period of unconsciousness caused by insufficient blood supply to the brain because of inadequate blood circulation, breathing, or both. If, in this situation, CPR is not started within 5-10 min, irreparable damage is done to the brain and the patient will die." As Crislip notes, however, most of these cardiac patients were given CPR, which by definition delivers oxygenated blood to the brain (that's the whole point of doing it). “By the definitions presented in the Lancet paper, nobody experienced clinical death," Dr. Crislip concluded, adding that as a physician who has conducted CPR many times, “No doctor would ever declare a patient in the middle of a code 99 dead, much less brain dead. Having your heart stop for 2 to 10 minutes and being promptly resuscitated doesn't make you 'clinically dead'. It only means your heart isn't beating and you may not be conscious."

So proponents' claim that in NDEs people die and then travel to the other side is gainsaid by the fact that they never actually died.

Adapted from HEAVENS ON EARTH: The Scientific Search for the Afterlife, Immortality, and Utopia by Michael Shermer, published by Henry Holt and Macmillan Publishing Group, LLC. Copyright © 2018 by Michael Shermer.