A LOT of people ask me about RUXUE –Confucianism:

“Is it an organized religion?”

“Does it exist in Europe/the US?”

“Are there Western Confucianists?”

I have written about Chinese Terminologies, because the original terms matter A LOT; and now it is time, perhaps, to see the wise words of America’s most renowned Confucian scholar, Roger T. Ames, in print here on that very subject. The following is a transcript from my own notes from his talk at Peking University, the mother lode of Chinese higher education: 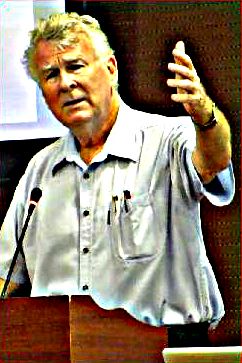 a)    On Ruxue and Ru literati

We are getting rid of the term “Confucianism”. The correct term is “ru” which is a class of scholars, hence: ruxue/rujia: “It did not start with Confucius and it didn’t end with him.”

If you go to the study of a ‘ru’, it is not like that of a priest in Christianity. You will see on his shelf all kinds of books -the classics, but also other intellectual works: “The ‘ru’ is a literatus.”

b)   On Culture and Being Human

Culture is what makes us human beings. In the Chinese tradition of ‘ru’ what most distinguishes human beings from animals is ‘li’ (ritual). “Culture is thus the ornamentation of one’s social existence.” In order to understand the ru literati, “we have to think in terms of relationality: The world is a network of relationships –guanxi!”

RELATED Was Confucius a “Genius”?

c)    Losing a friend or family member is like a surgery

One [Western] way to think about individuals is that if you lose somebody you are still a sovereign intact individual; however in the Confucian tradition it is as if someone cuts out a piece of you, it’s surgical. Maybe the most important concept in the Chinese tradition is ‘ren’ (humanity), which derives from the character for ‘ren’ (person) and ‘er’ (two).

When Fei Xiatong, a pioneer in the field of anthropology, first studied at Tsinghua University in China and then at the London School of Economics, upon his return to China he had concluded that “China was such a different society from the European one that European theories did not seem to apply,” so that a new set of theories in anthropology was needed for China and East-Asia.

e)    Use of Western categories for everything Chinese

“We always use Western terminologies to organize the Chinese; we ask was Mozi a utilitarian; not if John Stuart Mill was a Mozi.”

Filial piety is not Xiao; the Chinese concept has little to do with piety in a Christian sense of the word; yet we still use biblical vocabulary for the Confucian tradition.

g)   The Language of Knowing

RELATED The Coming Of Post-Translational Society

The wenren is a literati, he is gentle, refined, and civil. ‘Wen’ is different from Western ‘culture’ which has a feeling of ‘growing’ or ‘husbandry’ to it; while ‘wen’ has to do with ornamentation, art, calligraphy, and so on:

Si Maqian’s punishment is to show ‘xiao’ [toward the life work of his father, Si Matan] in a very dramatic way.

“I am not has the answers to the world’s problems; but it has very important contribution to make. It can change our values, interests, practices. We have to talk about relationships instead about individuals. And we have to stop [silly] finite games in which individuals either win or lose.”

RELATED Vocabulary Wars – How Nations Compete For Their Terminologies

l)     Confucian education and writing you own life

The process of ‘li’ (ritual) is saying that ruxue always the becoming of a person. Only you can be that person, that son of that man, that daughter of that mother, etc. It’s about making the tradition your own, living it. The goal of such a life is all about contribution [to that tradition] -it is not just about growing old.

Note: This is a version from a chapter in the forthcoming ‘Knowledge is a Polyglot – The Rise of Chinese Terminologies in the 21st Century’ by Thorsten Pattberg (Hanban/Foreign Language Press, 12/2014)

Ancient humans may have evolved to slumber efficiently — and in a crowd.
Up Next
Technology & Innovation

Know the Power of Mental Imagery

Pitching 1,807 innings against the most feared hitters on the planet, including Ken Griffey Jr., Barry Bonds, and Cal Ripken Jr., is no easy feat. It takes as much mental […]