Two things in life are certain for everyone, death and taxes. For many men there is a third certainty: baldness. Thirty percent of men can expect some kind of hair loss before thirty, this author included. In the same way that people try to avoid the first two, men spend excessive time and money trying to avoid the inevitable. In a given year, 3.5 billion dollars are spent on various baldness cures and remedies. This is 15 times the amount spent on global malaria control and just under the cost of the Freedom Tower in New York City. All to achieve that youthful look.

Throughout history various remedies have been tried to cure baldness. Hippocrates – a Greek medical scientist, oath writer, and famous bald person – tried to regrow hair with pigeon droppings to no success. Cleopatra suggested a paste of bear grease, horse teeth and ground up mice to Julius Caesar. When that failed, he tried wearing a laurel constantly. Not satisfied with that, Caesar tried a comb over and fooled nobody.

Studies have shown that even beginning to go bald has negative psychological effects on people. Affecting their self-image and causing feeling of loss of control. These are worst when balding starts and decline over time, suggesting that the fear of it is worse than the actual reality of having no hair. 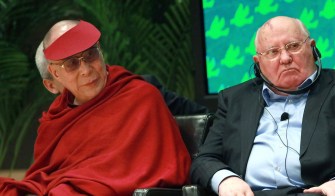 But why do we do this? Might going bald not be that bad? After all, it wouldn’t make evolutionary sense for it to be both widespread and detrimental. Perhaps it is even good for us?

In 1996 Frank Muscarella, a psychologist at Barry University, studied perceptions of personality and social status based purely on the hairlines of subjects in wigs. While men with full heads of hair were considered more physically attractive by the participants, the bald and balding men earned higher rankings in ‘Social Maturity’, which included perceptions of intelligence, honesty, education level, and social standing, among other things. They also viewed the bald men as less aggressive. Other studies from across the world have supported these findings, even in cases when the man in question had only shaved their head rather then lost their hair permanently. 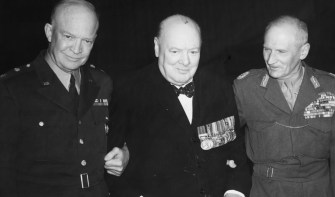 Given that baldness primarily affects males and that sexual dimorphic traits like it are believed to have a signaling effect, Dr. Muscarella suggests that baldness may have developed as a way to differentiate between higher-status older males and younger, lower-status males with full heads of hair. Oh, and going bald is associated with not getting cancer. Men who lose their hair early see a 45% drop in their chance of developing prostate cancer. Evidence suggests high vitamin D intake can reduce the risk in men, and having a large patch of skin exposed to the sun at all times is an excellent way to allow the body to produce it naturally. So, should we all take up the hairstyle of Buddhist monks? Perhaps not, but we need not fear baldness as we do. What we lose in being viewed as youthful we seem to make up for in other ways. But if you really want to appear more intelligent without having to work for it, a shaven head might do the trick. 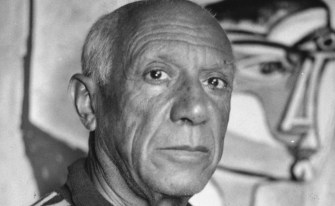 Pablo Picasso, the most prolific artist of the 20th century and famous bald person.

It turns out the human scalp has an olfactory receptor that seems to play a crucial role in regulating hair follicle growth and death.
Up Next
Neuropsych

Is Introversion an Excuse for Rudeness? Here’s How to Self-Correct and Flourish

Is introversion sometimes invoked unwittingly to mask outright rude behavior? The answer is: it’s complicated. Here’s what introverts and non-introverts can do to navigate the complexity.