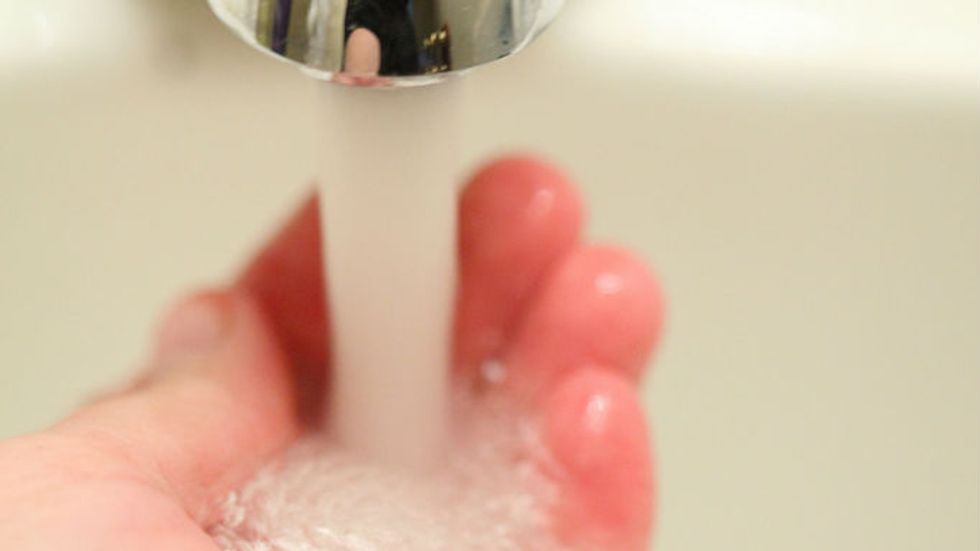 This past Saturday, October 15th, marked a momentous occasion in the history of cleanliness: the fourth annual Global Handwashing Day. Yes, it exists. Established by the Global Public Private Partnership for Handwashing with Soap in 2008, it has since been celebrated by schools, families, and villages across the world, from China, to Peru, to Burkina Faso. And it's not just a gimmick: proper handwashing has the potential to save more lives than any vaccine or medical intervention and is one of the simplest and most cost-effective ways of preventing disease. But what's more, it's also an incredibly powerful psychological tool.

We tend to consider moral transgressions in terms of physical cleanliness

Consider this recent review from Current Directions in Psychological Science, which explores the consequences that hand washing has on the mind. The series of studies that the authors explore take as their starting point the historically close association between physical disgust and moral disgust: when we perceive a moral transgression, we tend to react in a similar way as we would to something that is physically off-putting, such as spoiled food or physical contaminants in the environment. We recoil in the same fashion; our face scrunches up in the same repulsed expression; even our brain lights up in overlapping neural networks, evoking similar subjective feelings in both instances.

And when we think about morality, we tend to think about it in terms of physical cleanliness. In one demonstration of this effect, researchers asked people to think abut a past behavior that was either moral or immoral. Those who thought about immoral acts were later far more likely to fill in word fragments such as W _ _ H and S _ _ P with words related to cleanliness, such as wash and soap, whereas no such effect was observed in any other group. On the flip side, people who were exposed to either a messy room, a stinky smell (including a “fart spray" in one study), or a video that showed a dirty toilet were more likely to judge others' moral transgressions as more severe and more deserving of punishment than people who made the same judgments while sitting in a clean room.

Moreover, in both cases, the effect did not stop with the mind: the “dirty" feeling of moral transgression also activated the desire to cleanse oneself physically. The same researchers who asked people to think of moral or immoral acts later had them choose a parting gift: a pencil or an antiseptic wipe. Those who had thought of immoral actions were much more likely to choose the wipe.

Lady Macbeth was making an important point when she tried so diligently to scrub away that damned spot from her white hands. But, while for her, the process proved futile—her transgression was much too severe for the simple remedy—for others, it could have important psychological consequences. In one study, participants were asked to recall a personal immoral experience from their past. Some were then given a hygienic wipe, ostensibly as part of a protocol for using public computers, while others received nothing. Those who received nothing were later much more likely to volunteer for another project, while those who had wiped their hands were less inclined to do so, suggesting that their guilt had already been lessened by the physical act of hand cleaning. And, in a parallel study to that described earlier, of judging others' moral transgressions after watching a disgusting movie, the effect of judging others more harshly disappeared if participants washed their hands before making the judgment.

Washing your hands is important for more than your physical health

We've long known that handwashing is important for the health of the body. But it is also a central tool in the maintenance of the mind. So think about that, next time you lather up (for at least 20 seconds, of course, with hot water and plenty of soap—otherwise, you've learned nothing from the Global Handwashing initiative).