A Little Touch Goes a Long Way: How Touch Influences Perception and Choice

Touch has always played an important role in our development and in our tendency to make certain judgments and take certain risks. 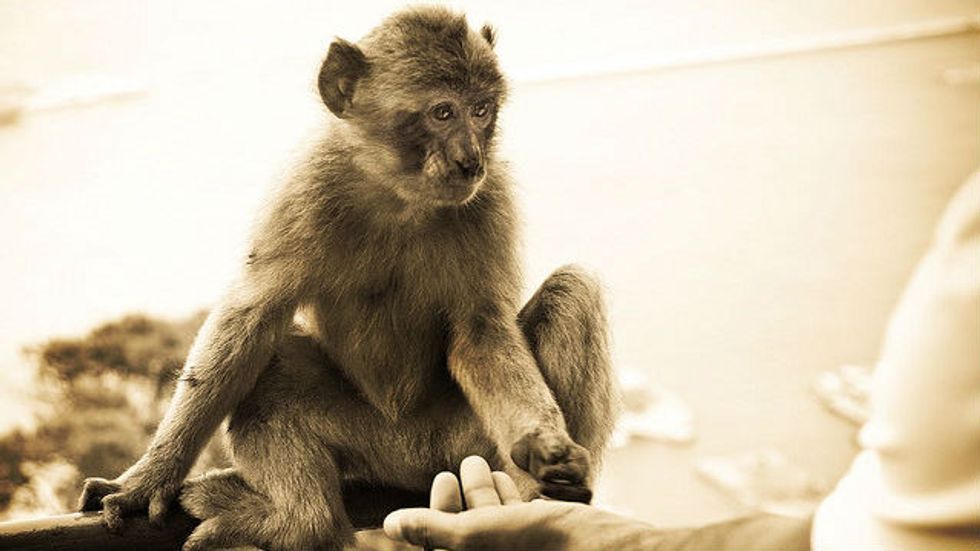 A few months ago, I wrote about the ability of smell to regularly influence our choices, often without any awareness on our part. But smell is not the only culprit. Indeed, one of the senses that can most drastically influence our perceptions and our decisions, also without our being aware of the effect, happens to be a sense many of us tend to forget we even have: touch.

Touch can affect our perception of other people

Consider this scenario: You are walking to take part in a psychology experiment. The experimenter greets you in the lobby and walks you to the elevator. In the elevator, he asks you to hold his cup of coffee for a second while he writes down your name and the time of participation. He then takes the cup back and you proceed to the room where the experiment will be held. Your task: read through a packet that contains an impression of an individual—he is intelligent, skillful, industrious, determined, practical, and cautious—and then rate that individual on several bi-polar scales (that is, scales where one trait forms one end and its opposite, the other). How warm of a person does the individual appear to be, in your judgment?

What was going on? For those who had touched the steaming coffee, the heat not only warmed up their hands, but also subconsciously activated concepts and feelings of warmth—as in a personal quality. To them, unknown people then appeared to be nicer, warmer human beings than they did to their cold-coffee counterparts, even though the two descriptions were identical. Here, then, is a case of touch—specifically, warmth perception—actually influencing how we perceive the people around us. The effect is there, whether we know it or not and whether we believe in it or not.

Touch can affect our risk preferences

But beyond world perception, touch can also influence our actual decisions. In the above study, a follow-up experiment showed that individuals who had held a hot versus warm therapeutic pad (they were told they were evaluating the product) were more likely to choose a gift for a friend than accepting one for themselves. And in a completely unrelated study, touch was shown to have even more far-reaching consequences: it could make someone take greater risk than they otherwise would.

In a series of experiments, a group of business students was first instructed on the rules for a gambling game, where on each round, they could either take a certain monetary payoff or a gamble that offered a 50% chance of winning or a 50% chance of getting nothing. However, how these instructions were given differed from student to student: while half of the students were just told the rules of the game, the other half also received a light pat on the shoulder by the female experimenter (note that gender does matter here—the researchers were mimicking the maternal touch, an important factor in child development and early willingness to take risks; see below).

When the researchers examined the choices that the participants had made, they found that those who had received the pat on the shoulder were much more likely to take the riskier choices than those who hadn’t. Touch, it seems, made them feel more secure, which in turn influenced their willingness to take a financial risk. A follow-up study actually looked at feelings of security, and found that they did indeed mediate the willingness to take a risk.

In future studies, however, it was determined that the touch effect did not hold at all when the experimenter was male, and was attenuated when the touch in question was a handshake, not a pat on the back (the handshake did influence behavior—just not as greatly). So, there are definitely limits to the power of touch to affect choice. Not every physical contact will make a difference – but in the right circumstances, the effects are profound.

If we think of these findings in evolutionary and developmental terms, they make a great deal of sense. As early as the 1950s, Harry Harlow demonstrated that macaque monkeys formed attachment to a mother doll who was covered in soft cloth, but not to one that was made of wire mesh. Indeed, they would choose the soft over the hard “mother” even when the latter was the one that offered them food. Harlow posited that the effect was due to the importance of physical contact between mother and child in generating feelings of security. Once secure, an animal is more likely to explore his environment and to engage with unfamiliar surroundings. But absent that contact, the opposite happens: an infant, whether monkey or human, becomes more fearful and withdrawn.

Touch, then, has always played an important role in our development and in our tendency to make certain judgments and take certain risks. But what we are less aware of is that it continues to do so long after the early developmental stage is left behind. The effects can be both positive and negative—but whatever they are, they are more likely than not to remain below our radar, outside of conscious awareness. So next time you make a judgment about your feelings toward someone (are they a nice person? A distant one?) or are thinking about doing something that involves some risk, ask yourself: is it really me speaking – or is it the power of an incidental touch?