In response to the president elect, NASA's leadership is developing strategies for continuing deep space exploration in the event of budget change or stagnation. 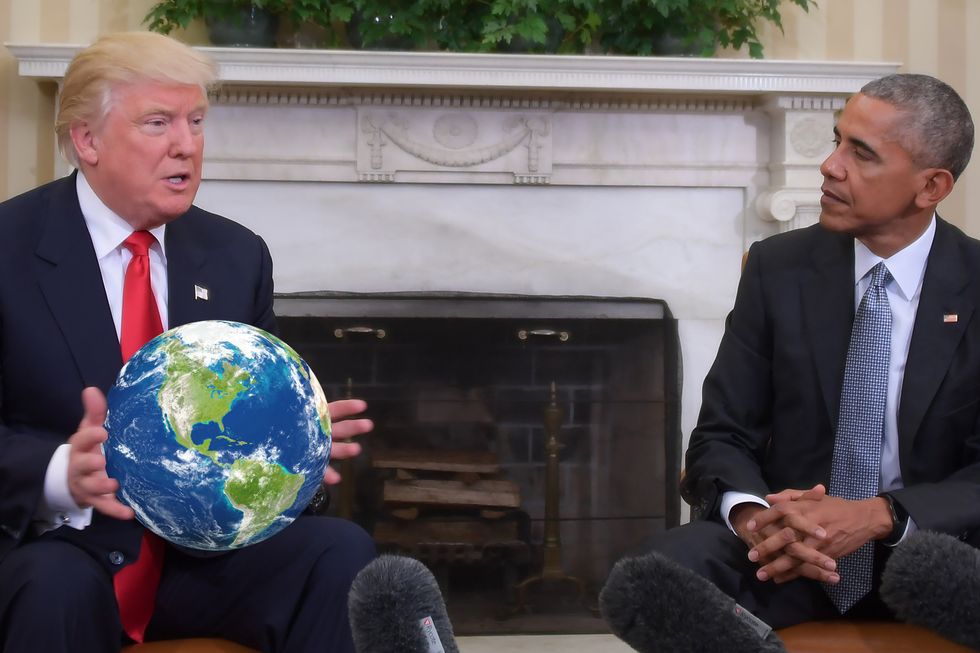 A recent article by Stephen Clark for Spaceflight Now articulates NASA’s aims and plans in the wake of the recent American presidential election. The president-elect and his colleagues have said very little about what the upcoming administration’s treatment of NASA will be. From the scant details available, it seems that Donald Trump’s aim is to have NASA focus on human spaceflight and deep space exploration while cutting down on studies in climate science.

Presently, NASA’s administrators are predicting to have either no change or a reduction in their budget and are seeking ways to work more with the private sector to fund its aims of sending humans into deep space. William H. Gerstenmaier, who has been working for NASA since 1977 and is presently associate administrator for its Human Exploration and Operations Directorate, described the administrations current financial outlook:

We kind of said, OK, historically, NASA’s budget has been about at the level it is right now. It’s not going to go up by a lot and it’s not going to go down by a lot. If we just have that much money, and leveraging off of the private sector, what can we do at a slow, measured pace? That’s what we’ve laid out that gets us (to Mars orbit) in 2033.

Gerstenmaier notes that NASA, consistent with Obama’s views toward space policy laid forth in 2010, is maintaining a long-term focus on exploring Mars. In the meantime, the organization aims to optimize collaboration with the private sector and hopes against major slashes in funding from the Trump administration.

A major focus for NASA looking into at least the next decade is sending astronauts into deep space. In addition, it seeks to develop a deep space lab around the moon and to visit an asteroid orbiting the moon. If, indeed, NASA’s budget goes unchanged, making progress will require strategizing with available financial resources by finding more cost-effective means of performing current practices. Much of its focus is on Orion, which is the only spacecraft that presently satisfies NASA’s robust requirements for carrying humans into deep space. Stephen Clark reports:

NASA officials have said realizing a $1.5 billion cost target for each mission — around $1 billion for SLS and $500 million for Orion — would allow the agency to have leftover money to develop habitats, powerful ion propulsion thrusters, and advanced closed-loop life support systems necessary to sustain human expeditions to Mars in the 2030s.

The election results do not necessitate a halt in space exploration but rather a financial reassessment by NASA.

A few companies are presently competing to work with NASA in coming years. The first is the incumbent, Lockheed Martin, whose present contract with NASA ends in the early 2020s. NASA can extend the contract, making them the only partner for the project; alternatively, it may invite competition from other organizations with the prize of an appealing contract to the negotiators of the most promising company. Working in Lockheed Martin’s favor is the fact that it already has tooling and procedures in place for working on Orion. However, it does not presently seem to be interested in working on alternative projects. Presently, NASA is not formally soliciting such proposals.

Aside from Lockheed Martin, the two chief contenders for collaborating with NASA are Boeing and SpaceX, both of whom are already working with NASA on designing spacecraft for low Earth travel. Elon Musk, the founder of SpaceX, announced bold ambitions in September for colonizing Mars. However, Musk and NASA have been careful to avoid unhealthy competition between the two organizations, preferring instead to be open to collaborating toward achieving shared goals of visiting Mars.

Potential candidates for corporate collaborators aside, concerns regarding NASA’s current plans for deep space exploration remain. First is a seemingly overlooked logistical issue. As Gerstenmaier observes, it would be necessary first to develop spacecraft that carry much heavier loads than current models. An industrial colonization would require the transport of a lot of heavy infrastructure. Another potential concern is the ambitiousness of NASA’s present timetable. Clark describes the worries:

The inspector general’s report highlighted financial concerns with the Orion program, such as Lockheed Martin’s decision to dip into management reserves to cover some of the capsule’s development costs. The watchdog also expressed concern over NASA’s optimistic timeline to launch EM-2 in 2021, writing that the aggressive target date “increases the risk that Orion officials will defer certain tasks, which ultimately could delay the program’s schedule and increase costs.”

Over-eagerness on NASA’s part, the inspector general notes, may necessitate changes in an unmanageable itinerary that will ultimately cost more than more conservative planning.

One thing remains clear: NASA will continue to explore space, regardless of the results of this election. What Donald Trump will do to the budget remains unclear, as he has been reticent about it and will be appointing a new administrator and policy team for NASA. However, the outlook is not dismal. Indeed, there are some republican politicians on NASA's side. For example, Richard Shelby, a senator in Alabama, is currently the chair of the senate’s subcommittee for writing NASA’s budget. Indeed, relative to many other issues, interest in space travel tends to have a lot of bipartisan support.

In the meantime, Neil deGrasse Tyson recently insinuated on Stephen Colbert’s show that sending Donald Trump himself into space may well shift his attitude toward investments in science, the climate, and other political interests.