Spacecraft from three of the world’s space agencies reached Mars this year.

In February, the United Arab Emirates’ Hope space probe entered the Martian orbit, where it is studying the planet’s weather cycles. That same month, NASA’s Perseverance rover touched down on Mars, where it will soon begin collecting rock samples that could contain signs of ancient life. And in May, China successfully landed its Zhurong rover on the Martian surface, becoming the second nation to ever do so.

All three missions launched in the summer of 2020. The timing was no coincidence: once every two years, Earth and Mars come especially close together because their orbits are “at opposition,” which is when the Earth-Mars distance is smallest during the 780-day synodic period. It is an opportune window to send spacecraft to Mars.

The handful of spacecraft currently exploring the Martian surface and atmosphere are scheduled to conduct their experiments for periods ranging from months to years. Some even plan to collect materials to return to Earth. For example, NASA’s Perseverance will store its rock samples in protective tubes and leave them behind for a smaller “fetch rover” to pick up on a future mission. 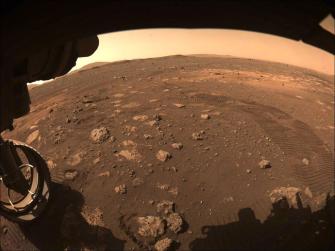 Photo of Martian surface taken by the Perseverance roverNASA/JPL-Caltech

If all goes well, an Airbus spacecraft dubbed the Earth Return Orbiter (ERO) will carry the samples back to Earth in 2031. It would be the first time a space mission has returned Martian matter to Earth. But before the decade’s end, space agencies have some other missions that aim to study the Red Planet.

NASA is not the only space agency aiming to find evidence of life on the Red Planet. In 2023, Roscosmos and the European Space Agency plan to land their Rosalind Franklin rover on the Martian surface, where it will drill into rock and analyze soil composition for signs of past — or possibly present — alien life.

The joint mission is part of a long-term Mars project that began in 2016. This second phase was initially planned for 2020, but due in part to the COVID-19 pandemic, the space agencies decided to postpone the launch to 2022.

“We want to make ourselves 100% sure of a successful mission. We cannot allow ourselves any margin of error. More verification activities will ensure a safe trip and the best scientific results on Mars,” said ESA Director General Jan Wörner.

In 2022, the Japanese Aerospace Exploration Agency (JAXA) plans to send to Mars its TEREX lander, which will “precisely measure the amount of water molecules and oxygen molecules, and search for water resources and the possibility of life on Mars,” JAXA wrote. 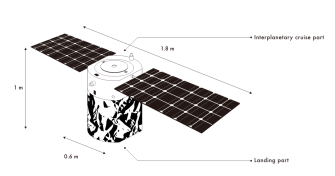 In 2024, JAXA also plans to launch a uniquely bold interplanetary mission that will involve sending a probe to orbit Mars, landing on the Martian moon Phobos, collecting surface samples, and then returning those samples to Earth in 2029. JAXA says the mission has two main objectives: (1) to investigate whether the Martian moons are captured asteroids or fragments that coalesced after a giant impact with Mars; and (2) to clarify the mechanisms controlling the surface evolution of the Martian moons and Mars.

Following the successful landing of its Zhurong rover this year, China released a roadmap of its plans for additional Mars voyages. The first is an uncrewed mission scheduled for 2030, with crewed missions planned for 2033, 2035, 2037, and 2041. As the International Space Station project is coming to a close, China is in the process of building its own space station; earlier this year it launched into orbit the first part of its station, which will take 10 more missions to assemble.

Elon Musk’s California-based aerospace company has its sights on two Mars voyages: a cargo-only mission in 2022 and a human mission by 2026. The crewed mission would involve building a propellant depot and preparing a site for future crewed flights. Getting to Mars will first require an orbital test of SpaceX’s Starship rocket, which the company hopes to conduct this year.

Regarding the long-term future of humans on the Red planet, Musk once told Ars Technica:

“I’ll probably be long dead before Mars becomes self-sustaining. But I’d like to at least be around to see a bunch of ships land on Mars.”

In 2014, the Indian Space Research Organization executed its first interplanetary trip with its Mars Orbiter Mission. It marked the first time an Asian nation reached Martian orbit and also the first time a nation successfully reached the Red planet on its maiden voyage. India has plans for a follow-up Mars Orbiter Mission 2, but it remains unclear when that will occur and what the mission will entail.

In February, the chief of the Indian Space Research Organisation said the nation would only launch a Mars mission after Chandrayaan-3, India’s upcoming mission to the Moon, which is expected to launch in 2022.

This flying car — more properly called an “electric vertical takeoff and landing (eVTOL) vehicle” — will seat five and fly up to 135 mph.
Starts With A Bang

In terms of the planets we’ve discovered, super-Earths are by far the most common. What does that mean for the Universe?
The Future

The book “The Genesis Machine” outlines the promise and peril of synthetic biology, a powerful tool that will allow us to program life like a computer.
Starts With A Bang

It is time to give the Russian cosmologist the credit he deserves.
Up Next
Starts With A Bang

Why The Universe Probably Isn’t Shaped Like A Donut

In a hypertorus model of the Universe, motion in a straight line will return you to your original location, even in an uncurved (flat) spacetime. This multiply connected topology might […]