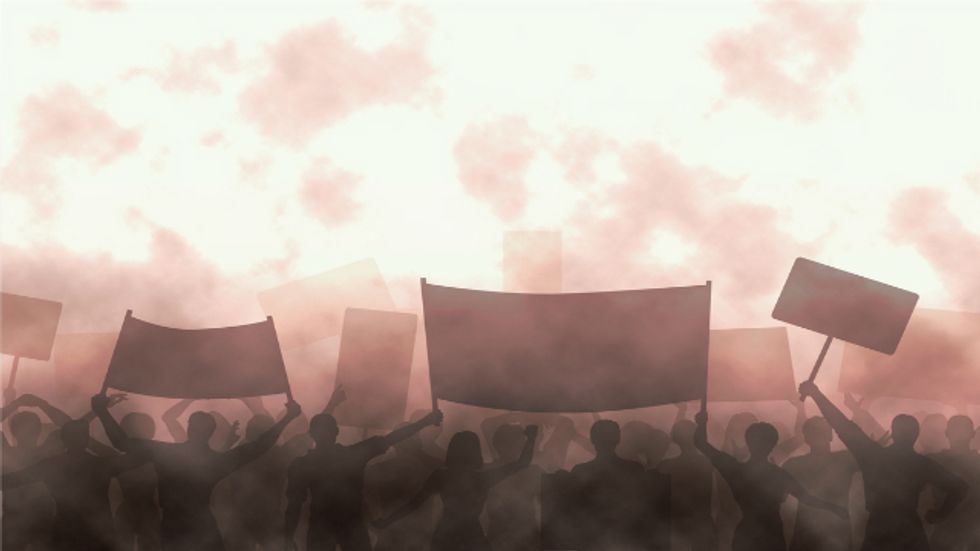 Note: Before you comment to say “This is not going to change the mind of someone who would issue a death threat”, please don’t. That’s not my point.

Ask yourself this: Is there anything someone could write about a film or video game that could possibly warrant threats of violence? If you correctly answered: “No” (because even blatant racists, Neo-Nazis, and sexists do not warrant being sworn at, threatened or bullied despite holding bad views), then I’m afraid many people disagree with you. Over at the film aggregator, RottenTomatoes.com, editor-in-chief Matt Atchity has had to disable comments and remove entire reviews of The Dark Knight Rises because of threatening comments.

Marshall Fine, who had the dubious honour of penning the first negative review, didn’t take long to become the target of rage. As Indiewire reports:

Some commenters [issued] their death threats with a wink, quoting Bane's line to Batman that Fine's punishment "must be more severe" and that they didn't give him "permission to die" yet. Others were more direct in their hatred. One comment, since removed, kindly requested Fine "die in a fire." Another from "Jake B," showing remarkable restraint under the circumstances, just fantasized about beating Fine “with a thick rubber hose into a coma.”

What’s absurd, beyond threatening him with violence for his opinion about a film – let me repeat: a film(!) – is that it surely must be the case that most people have not even seen the movie they’re so viciously defending. How they know Mr Fine’s various points are wrong is, therefore, beyond me: you could make the case that if you have knowledge of Batman or seen the two preceding films you could make some informed comment. However, it seems to me rather obvious that you ought to see this film before even disagreeing or agreeing. Suspend judgment. (I’d recommend not reading any reviews in case of possible spoilers). If, like me, you’re already a huge fan of Christopher Nolan’s films – and his Batman franchise in particular – does it really matter what reviewers are saying? And if you do comment, you can make your points by criticising Fine's arguments and telling everyone why he's wrong - a declaration of his mental capabilities helps no one to see why he's wrong.

Why would we even want every single human on the planet to agree with us, even if we think Nolan is the best writer-director in Hollywood (which I do)? Do we want group-think or do we want reasonable discussion?

We must recognise that by using death threats, you’re not being “tough” or “protective”, you’re being cowardly and harmful: you’re showing the world that you’re incapable of being mature enough to handle reasonable criticism of something you love (and we’re not even talking about a beloved person: we’re talking about a make-believe, things-go-Boom!, special-effects, Anne Hathaway in tight leather, funny rough voice… film). It’s obviously easier to talk so “frankly” from behind a computer monitor; it’s easier to attack someone with threats anonymously instead of engaging on a rational, adult and civil level because that requires effort; that requires actually being able to justify your views, thinking and asking yourself “Why?” But "ease" shouldn't be an excuse to disregard civility and reasonable discussion.

Of course this has been a week of gazing at my computer monitor like it was turning into a three-legged horse foetus, after doing some research for my previous piece on online commenting. It’s almost no longer becoming news-worthy: someone says something other people do not like, the internet “hears” about it, threatens that person, person “apologises” or has supporters who fight back.

Whether it was because someone said or did something actually horrible, like asserting gays should die or publicly kicking someone out a concert because he Tweeted a criticism of a show, to benign examples, like film or game reviews, our responses should never be threats, intimidation or bullying – but it so often is.

It is of course worse if you consider there’s thuggish behaviour on one's own side: For example, in the recent horrible case involving The Oatmeal and FunnyJunk.com, FJ’s lawyer allegedly received threats from The Oatmeal’s defenders. Considering how massive The Oatmeal’s audience is, this isn’t surprising – but it is of concern and it shouldn’t be happening, no matter who is right in the case. Like any of the more horrible examples of people writing silly things, the lawyer’s despicable behaviour deserves scrutiny and criticism, but not threats.

As I’ve indicated before, using emotionally-charged language, using words contoured around potential physical violence, is an injustice and unhelpful to the cause, person, entity, etc., that you are defending. What does it say about a film when fans use death-threats instead of reasonable debate? What does it say about a culture when we threaten women investigating it with rape? What does it say about gay rights when people send death-threats to homophobes? Things like The Dark Knight Rises, investigations into women’s issues and gay rights are all things I cherish and consider important. It is, therefore, with these interests in mind that I urge others who also cherish these to stop destroying them. You hurt not only the person you’re attacking but the thing you’re defending.

Remember by silencing someone, you don’t change their mind – you’ve just silenced them. When you threaten someone, you’re no longer a defender, you’re a bully and someone we ought not to be associated with in our love of a film, a game, a cause. This is no longer even about whether people like Mr Fine are correct in their judgements, whether Sarkeesian’s conclusions are true, or whether someone should get fired for making homophobic statements: it’s about those of us who find such things important making a proper stand in defence of them. We should consider those who use death-threats as worse to our causes and our loves than our opponents making reasonable counter-arguments or silly assertions.

Our opponents can be completely wrong about The Dark Knight Rises; our opponents can make lame, stupid comments about gay teens. But it’s up to us, if we genuinely care about such issues, to put them in the best light possible constantly to show these opponents what we're defending and why (we think) our opponents are wrong.

Update: Speaking of The Dark Knight Rises and actual violence, it is horrible to report that this has happened.