23 responses to 23 awful statements made to childfree people

There appears to be a bizarre stigma around people – especially women – who voluntarily decide not to procreate. 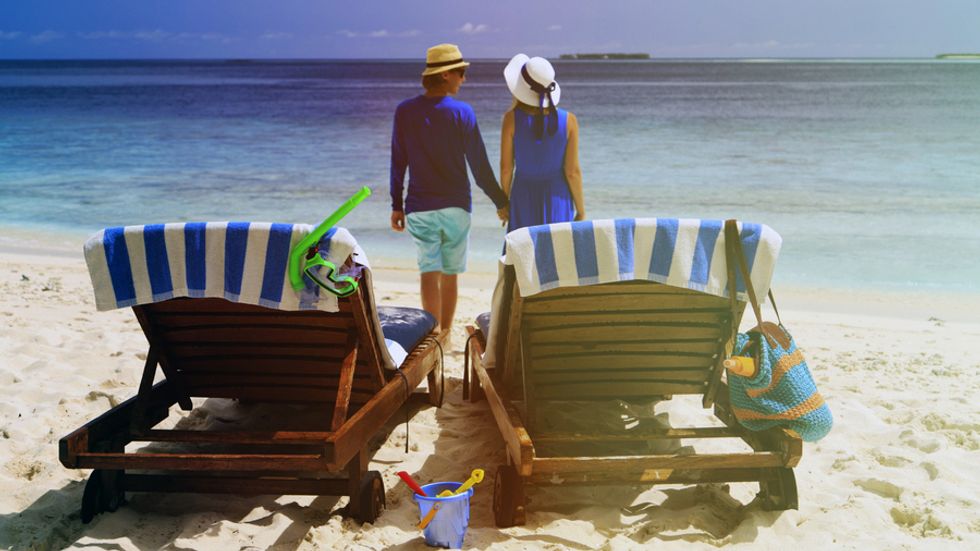 There appears to be a bizarre stigma around people – especially women – who voluntarily decide not to procreate. I asked my Twitter followers what kinds of reactions they received and got some expected answers. The Huffington Post did the same (twice) and obviously had a much bigger pool. I want to examine these responses, curated by the HuffPo, and offer responses to these harsh claims that reinforce an unnecessary stigma.

(Though the HuffPo article are directed at women, specifically, I hope you don’t view this as me speaking for or on behalf of women. This is to do with all childfree people, in general, though women appear to receive the harshest due to being nothing but baby-factories, in many people’s eyes.)

Here are my responses.

According to what measure of “bad”? You simply declaring something bad doesn’t make it so – nor is it “bad” just because you disagree with the decision.

(If this person can give a reasonable argument – justified and ethical – for why you should have children, do let me know. I’ve not encountered a good reason for procreation – and very good reasons not to.)

2. "Now that I have children, my life has true meaning!"

So before you had kids, it had no meaning? I’m sad to hear that. But that surely can’t be true. Similarly, your life isn’t my life: We all find meaning in different ways. Mine, for example, is partially about critiquing terrible arguments or sentiments.

Also, you might as well declare your love of chocolate, for all the worth this sentiment has on childfree people. This is an autiobiographical exclamation.

I take offence to that. I am not “in training”.

Very glad to know you have a magic meter than can measure “tiredness”. Also, I’m glad this is a competition.

Huh? For deciding what to do with my body parts and my life? For not caring about non-existent children? What?

(For women, I believe this about “denying” your partner, I think, the right to access your uterus whenever s/he wants. Or you are selfishly keeping a magical baby away from someone? I don’t know. It’s a popular but never explained response.)

6. "You'll change your mind when you meet the right man."

Probably not, as I’m not that interested in men and it wouldn’t biologically work out – and even surrogacy and adoption isn’t an option. Also, just because I meet someone doesn’t make it right. Your scary Nostradamus crystal-ball gazing isn’t a justification.

Also, unless my partner is very rich, it simply makes no sense for me to look after a child – even ignoring the biological aspect.

Right now? For the kettle to boil. But, assuming I wanted a child, it would be about waiting for financial and home security and ascertaining I could accommodate a child.

But I don’t want a child - so asking why I am waiting for what I explicitly have stated I don’t want is illogical.

Thanks for that fascinating lesson in biology. We both regret that, as do many Internet commenters.

9. "You're missing out on one of the best things in life."

According to who? Shall I show you the endless studies indicating unhappiness in becoming a parent? Shall I indicate the number of parents who are honest about regretting being parents? How about all those who can’t afford a child and thus end up regretting the child and make his/her life worse?

Is the kettle finished boiling? Why are we making object noises?

Having children is a “mom thing”? Er, I’d think so. (Also, sometimes there are dads, too.)

A lot: What specifically do you mean? You mean why am I not giving into social pressure to pump out endless numbers of babies? Yes: clearly there’s a problem with me.

Also: what an awful reason to have kids. To fill space? Yikes.

But even if I would be a great, er, parent, that doesn’t mean I should breed. It just means I should raise kids. Which means I can do that for existing children.

Yet, that's still not a reason to be a (good) parent – for example, I don’t make enough money to even support myself comfortably.

If you want kids to look after so much, find a donor yourself. Or, better, adopt an existing child.

17. "You think you don't want children, but once you have them you'll change your mind."

Dear god, the sheer broken logic in that assertion makes me wonder how often reason bleeds when travelling through your mind.

But I don’t want kids.

19. "You'd better hurry up and give your husband a child before he finds someone who will."

Wow, then that’s a test of a what crappy husband he is. If he only wants me for my uterus (I mean, if I had one), then he can find a uterus with legs somewhere else - but he'll probably find that none exist when there's a person attached to it.

You don’t not have children, so you won’t understand.

Not very persuasive, is it?

Oh really? Please tell me. Also, please do tell this to the numerous abused, abandoned, isolated, dying, starving, lonely, hurt, broken, rejected, molested, beaten, bruised children who are made so by the hands of their parents.

I hope you’ll use the same instrument to tell me about love that measures “true tiredness”.

22. "Wait until your biological clock kicks in."

I believe it kicked in the day my mother gave birth to me. You remember that fact don’t you? You reminded me of it earlier.

23. "Aren't you worried there'll be no one to look after you when you're old?

Yes, all those abandoned, lonely elderly folk are all childless.

Yes: my efforts at not increasing the population, advocating adoption of existing children, etc. are all anchored in hating the species.

If I truly hated this species, I’d be spawning.

See previous answer: It’s precisely that I’m not which underscores my decision. There exist children needing homes and there are plenty of people in the world. What makes me so damn special?

Lots of things, I hope.

5. "Is it because you don't want to pass your genes on to someone else?"

Don’t really care about my genes, as long as they keep me healthy and alive.

If she does, then she’s not a partner I should be with. Having kids should be one of the first discussions you have. (And "they" don’t need to “find out”, she knows and agrees, but whatever.)

I am not. But if you asked a woman that question, I’d be wondering what kind of person you are – let alone what kind of parent you are.

Considering this is under the view of voluntary, I assume the former. If it was the latter, that would be a personal matter – though I see no reason why infertility should be something to be ashamed about, it still isn’t my business to “out” someone as being infertile, nor is it yours.

9. "You're just being selfish. Who's going to give me grandchildren?"

If you wanted my left hand, should I give that too? If I refused, would that be selfish – due to me making decisions about what to do with my body and life? If it’s not selfish to have control over my own body and life, then this nonsense assertion must cease.

If she wasn’t, I’d hope to know. That would not be a relationship to be in. And it’s not dependent on what my partner wants, but what we both want and can reasonably afford, do, etc., with our lives and current income status.

Who says I want one? Or, rather: Who says my friends and current partner(s) aren’t enough?

12. "That's what we were put on earth to do. Have children and love them, what else do you want from life if you don't have that?"

"Put" on Earth? I was born here. And who says that's the reason?

What else do I want from life? To write, to read, to travel, to breathe in different countries; to sail, to dive, to fly, fall in love with different people from across the world; to study, to publish, to speak; to teach, to be loved by others, to be hated by more; to play games, buy new technology, save a life, care for abandoned cats; build a home, maintain it, learn about cars; conquer a new language, find a lover who only speaks it; swim with sharks, win a Nobel, write for the New York Times or Guardian; laugh at a million stupid things, hate everything Adam Sandler touches, create a comic book with an artist who is so gifted s/he takes my breath away; win my war against chronic pain, never walk with a cane, learn to run; get financial security, donate time to making people better in even a small way; learn how to sleep.

But yes. Kids. Totally. So much better to pump out babies.